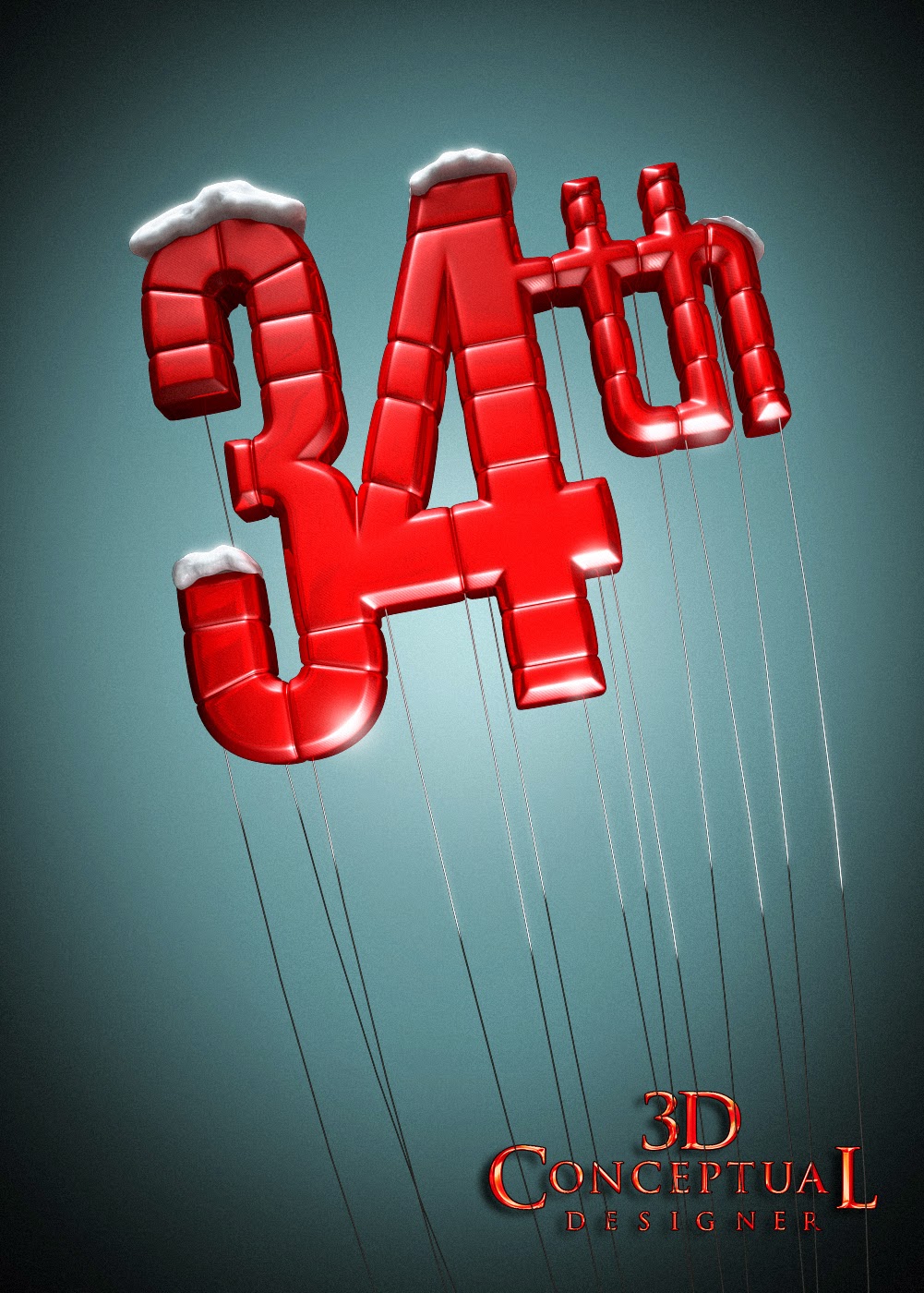 The final 3D render I did for Miracle on 34th Street DVD Key Art. I used Sub-Surface-Scattering for the snow piles. Same shot as above with the show piles on top of the Virtual Macy's Parade float. 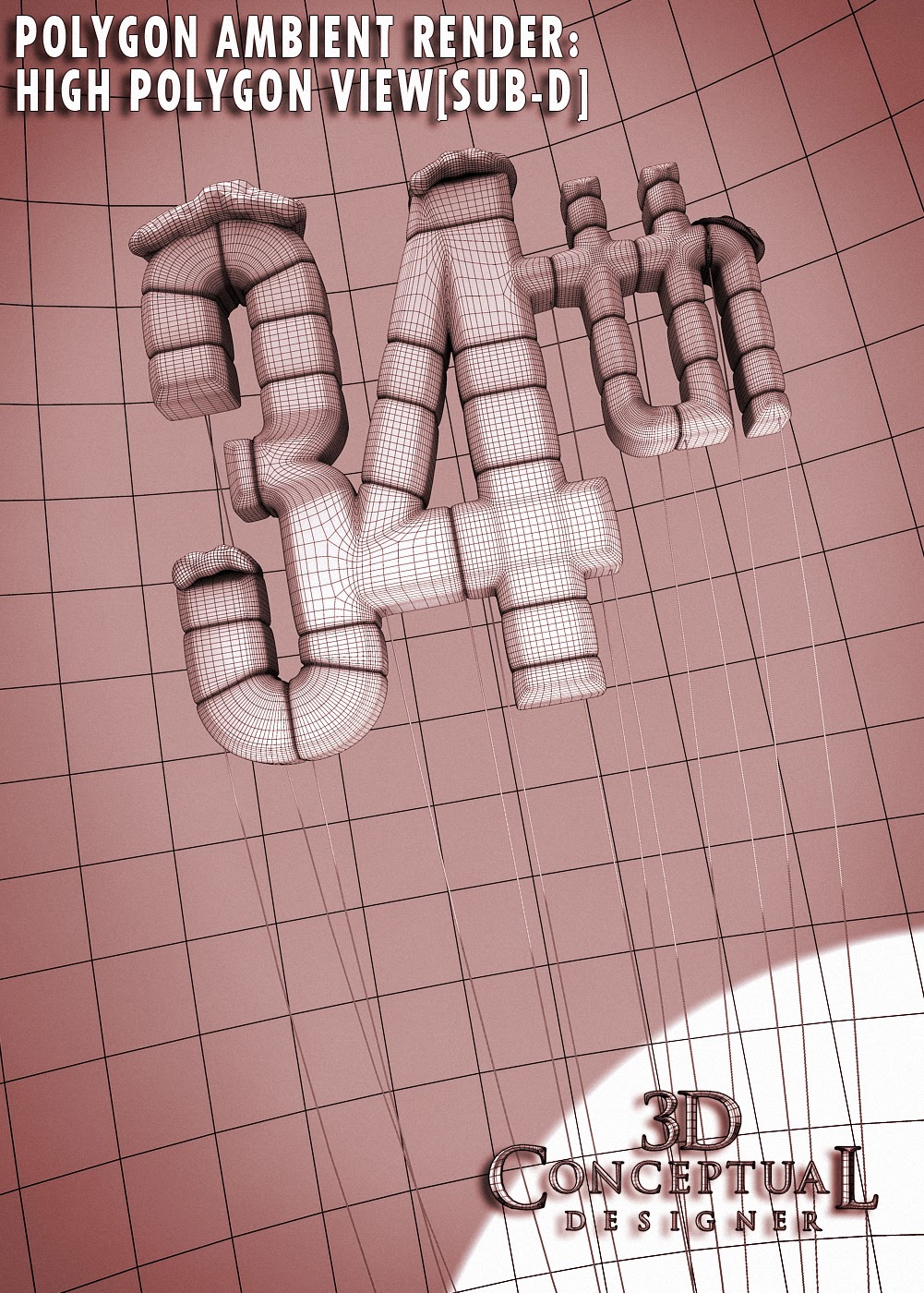 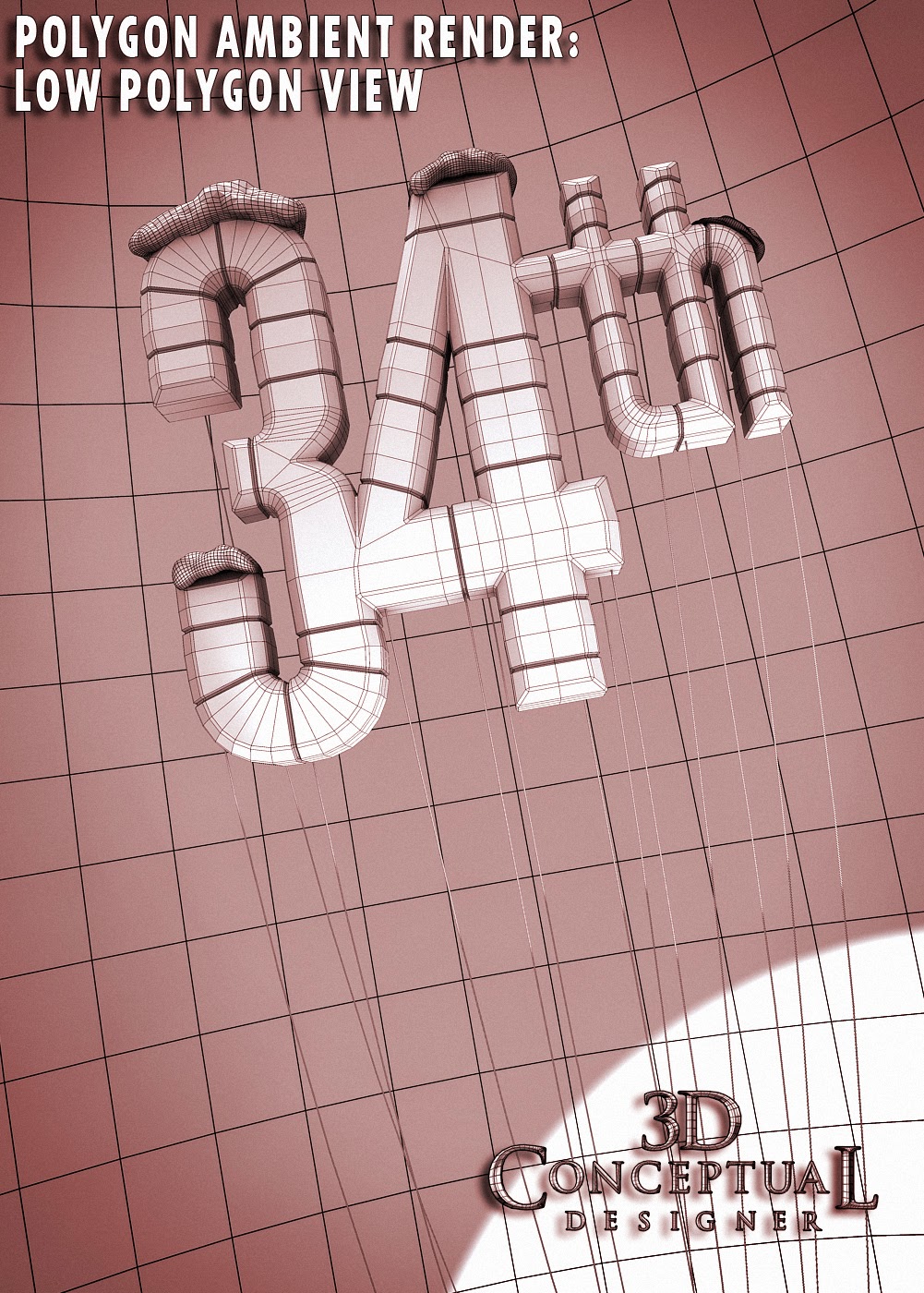 The Base Poly Quad Mesh here shows the simple build I made. 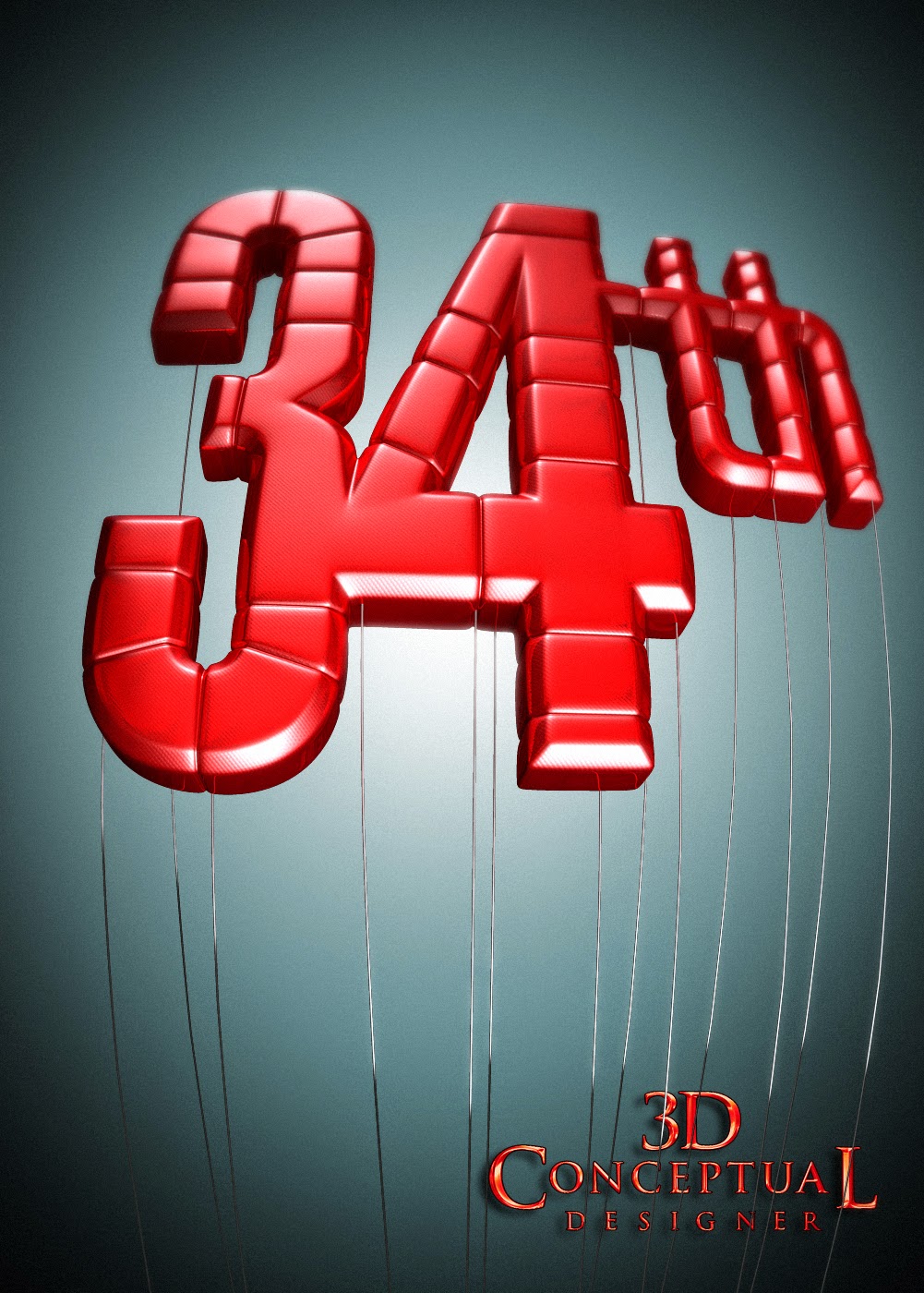 A Fish-eye up shot of the Parade-float with the cables bending via the camera FX. 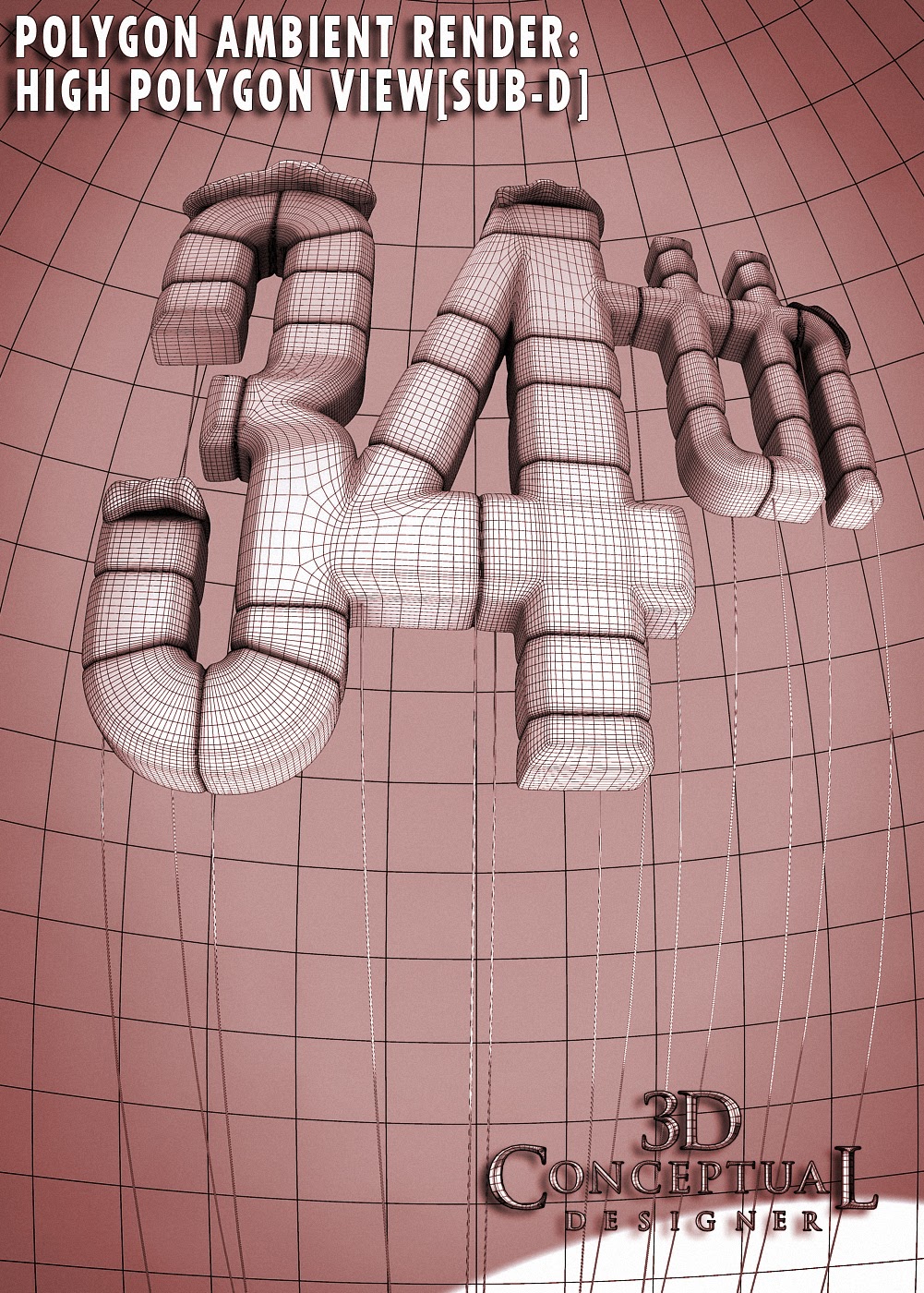 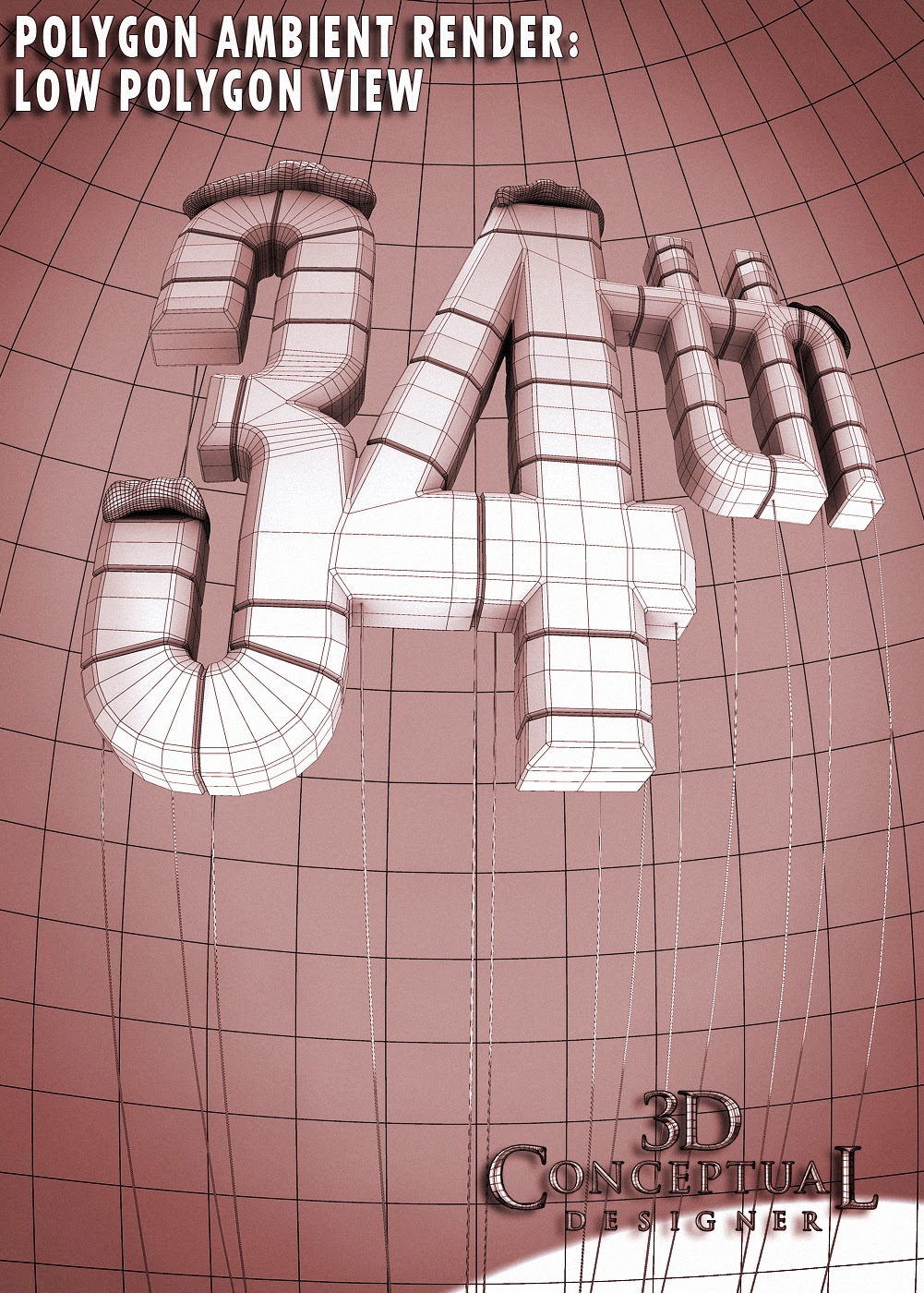 The Base Quad with subdivision removed. 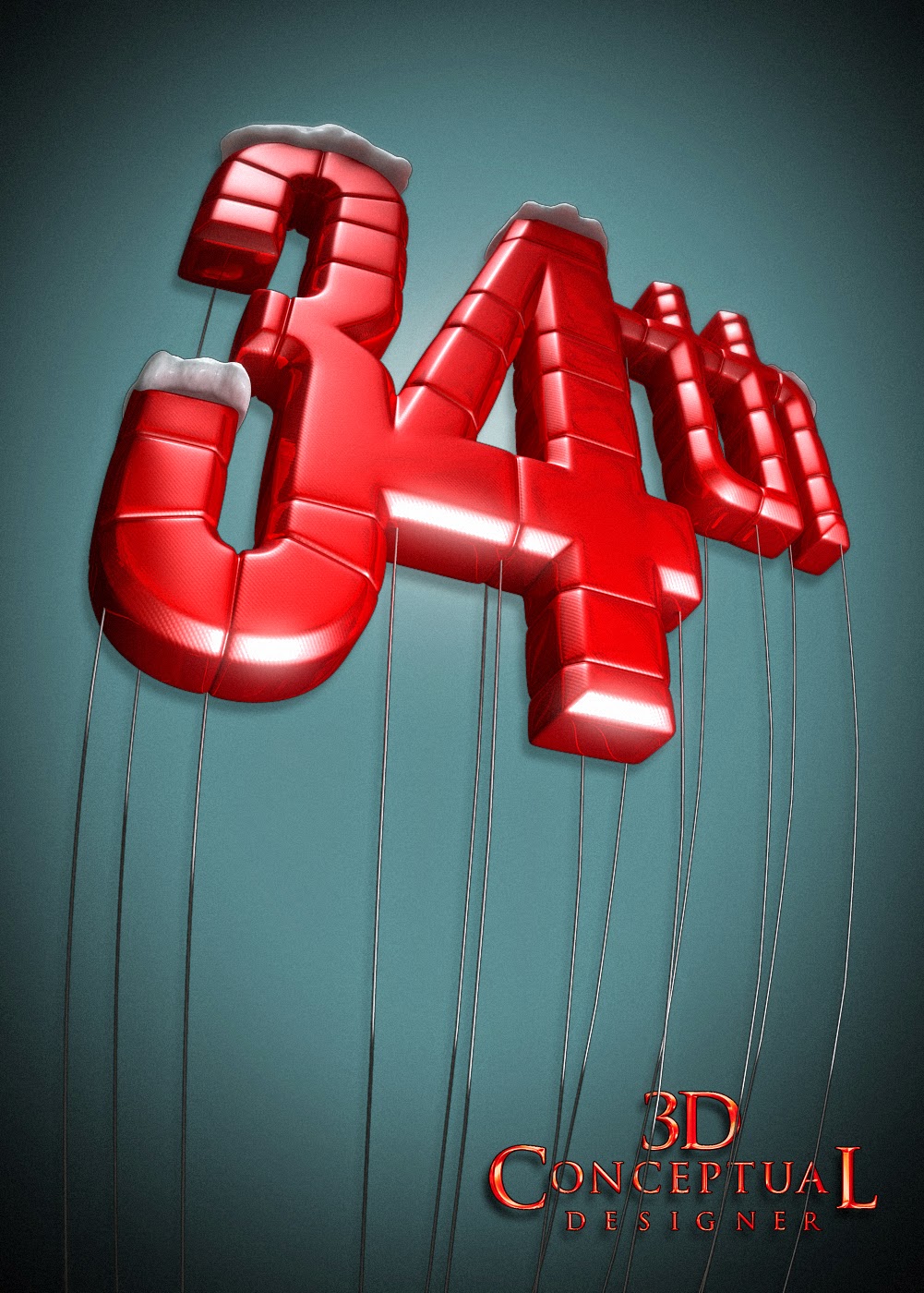 A bit of a 3/4 Low angle with lens curve for the last 3D Logo render I did for the DVD for Miracle on 34th street. 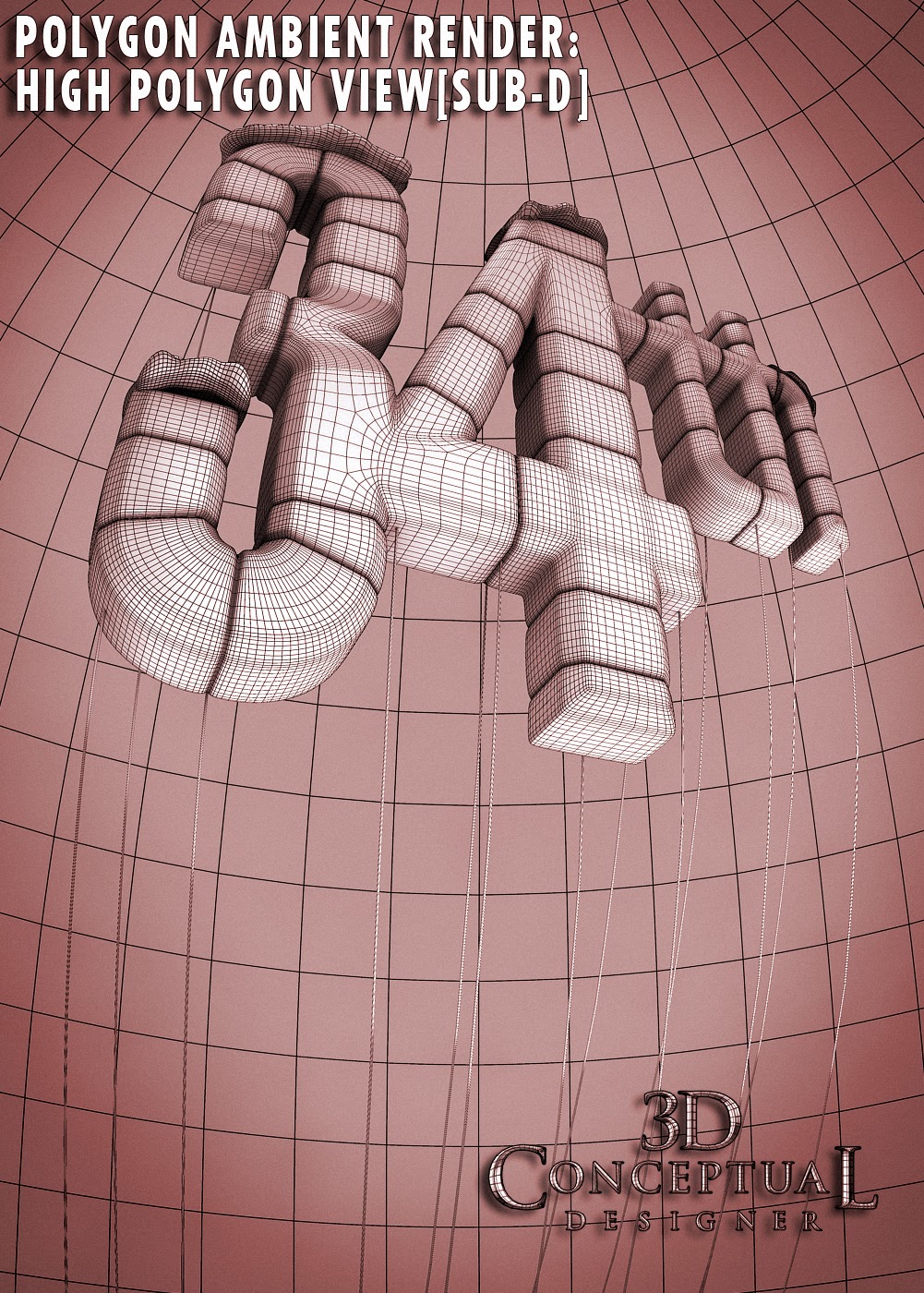 The High Poly mesh also shows the reflection sphere in the shot that is hidden to the camera, but visible to the reflections on the slick float surface. 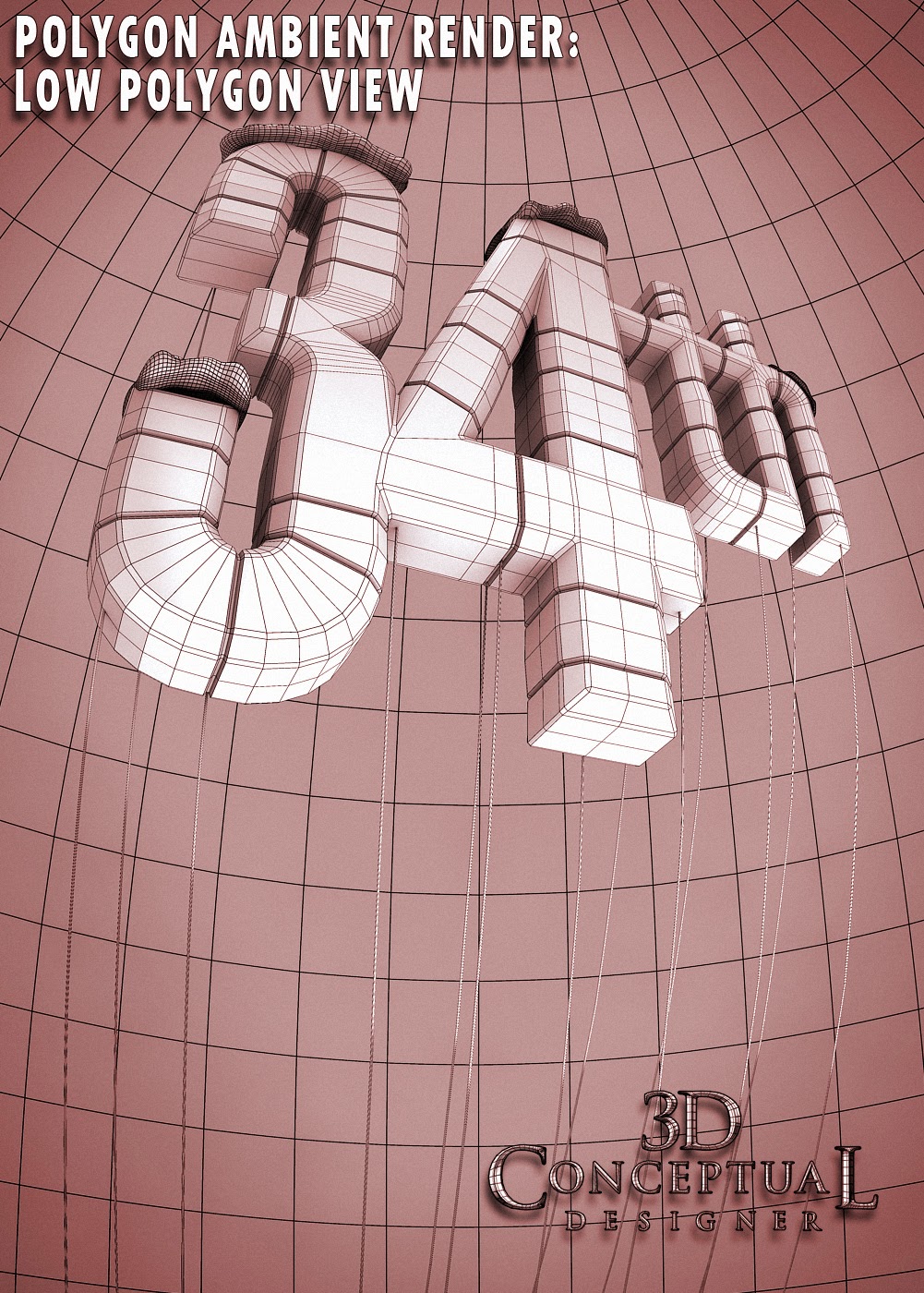 Here is low poly wireframe of the 3D logo.


Today I am posting a small 3D Logo gig I did a while back for some Key Art Home Entertainment DVD-Blue Ray covers for a Blue-Ray-DVD re-release of Miracle on 34th street for my client Menagerie Creative.

I was asked to create a Macys Parade styled, Giant inflatable float of the type for "34th". I did one clean version in 3D, and one with some piles of snow on the tops of a few key letters.

When I added in the minimal details, I created a woven surface texture to emulate a bit of the canvas fabric found on these massive balloons, and that is seen most clearly in the highlighted areas on the bright red float.

I rendered out a few straight shots as well as two fish-eye camera lens shots too. Some with, and without the snow. Sadly, the project did not continuem or see the light of day, though it was a fun gig to be apart of.