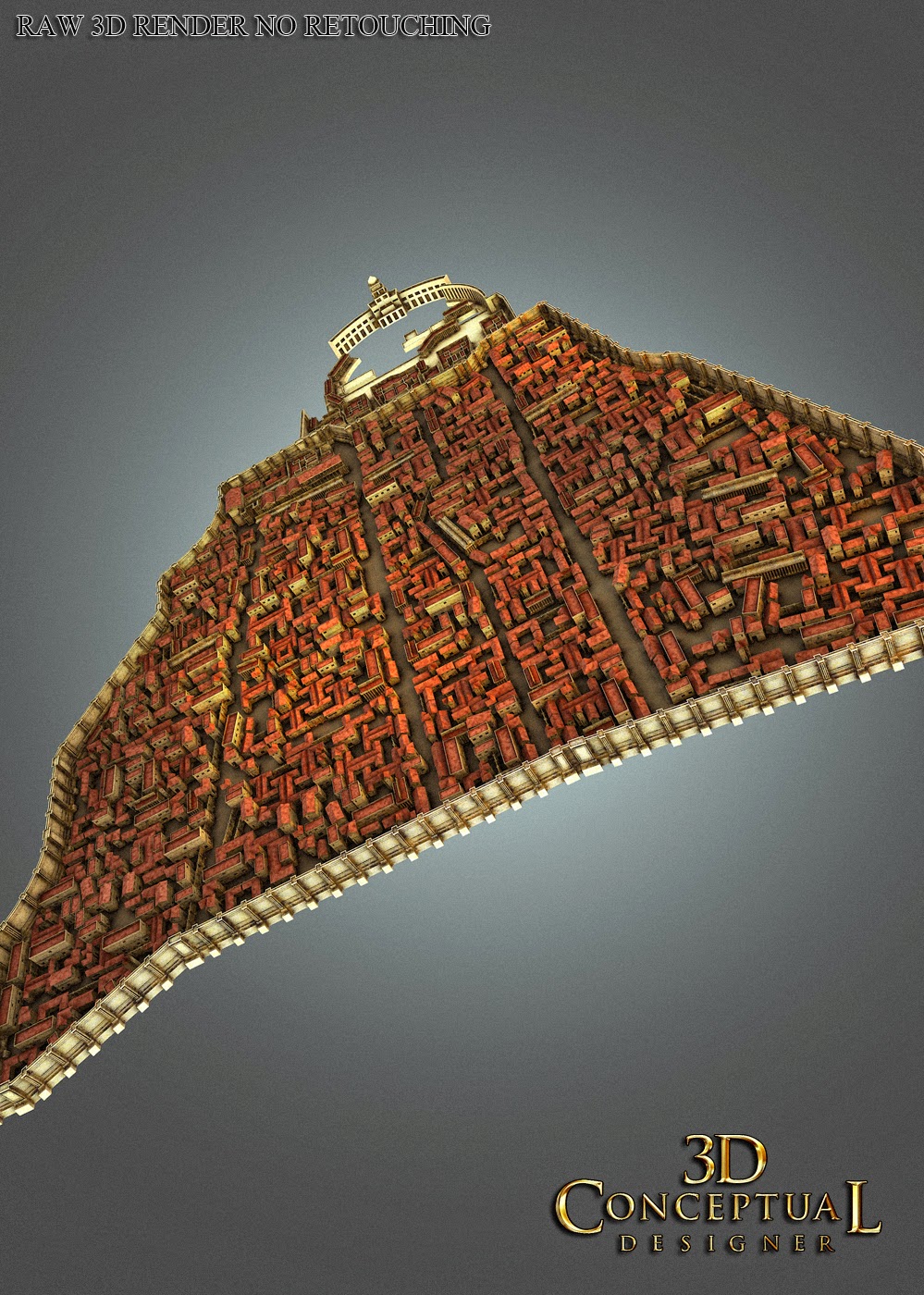 The final deliverer 3D Illustration for Pompeii that I dad back in 2013. 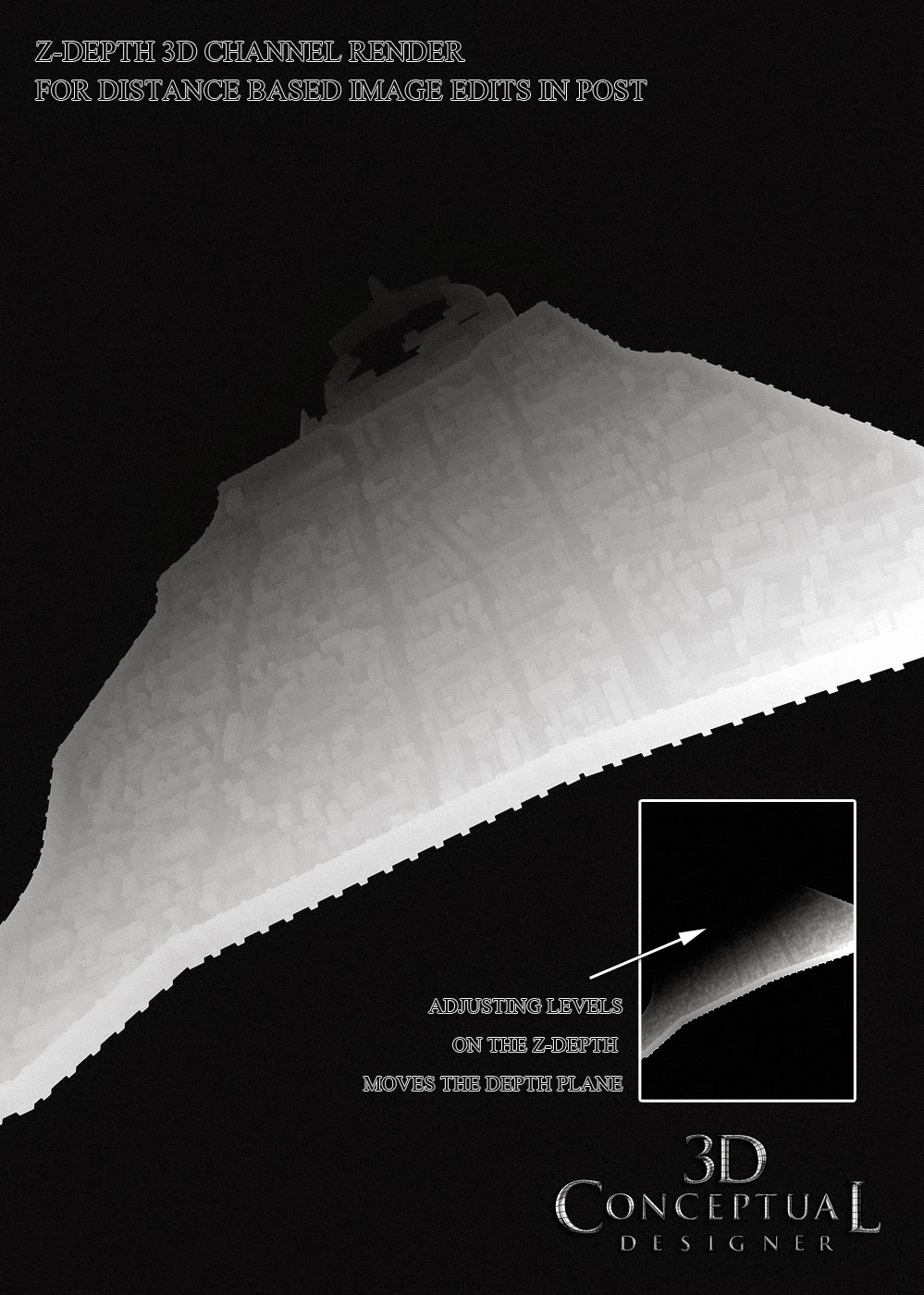 I include a Z-Depth[ Distance channel] map to the client so they can adjust the image based on distance so they can add in atmosphere and depth of field to the comp quickly,and accurate to the 3D geometry in the shot. 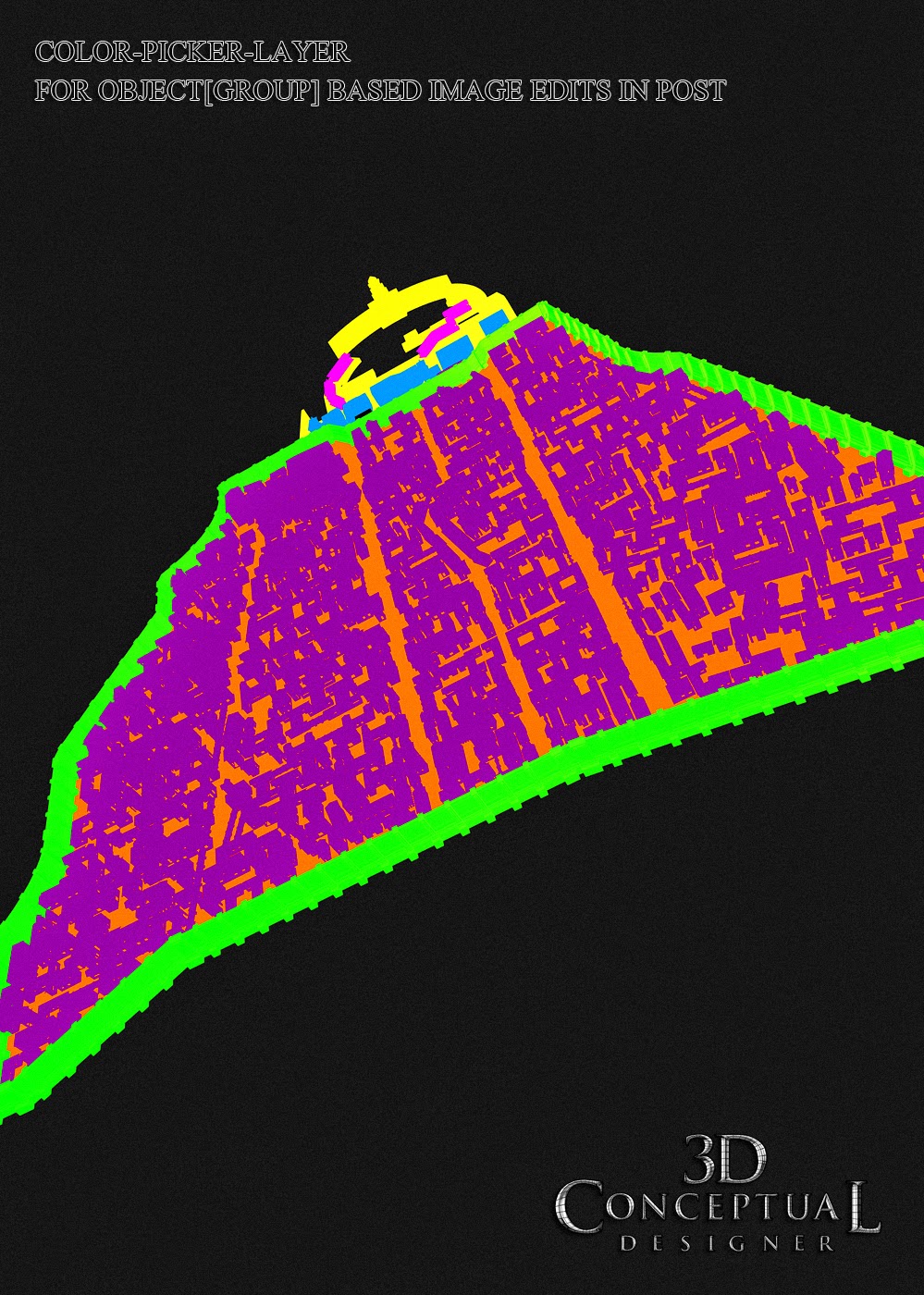 I also give them a color-piker 3D render pass on a layer so they can grab by object, and in this case I did colors for the walls, buildings and ground, so they could paint in lave easier than by hand masking. I call it Smart-3D Here is the Ambinet-Wireframe render of the shot as seen from the camera angle. 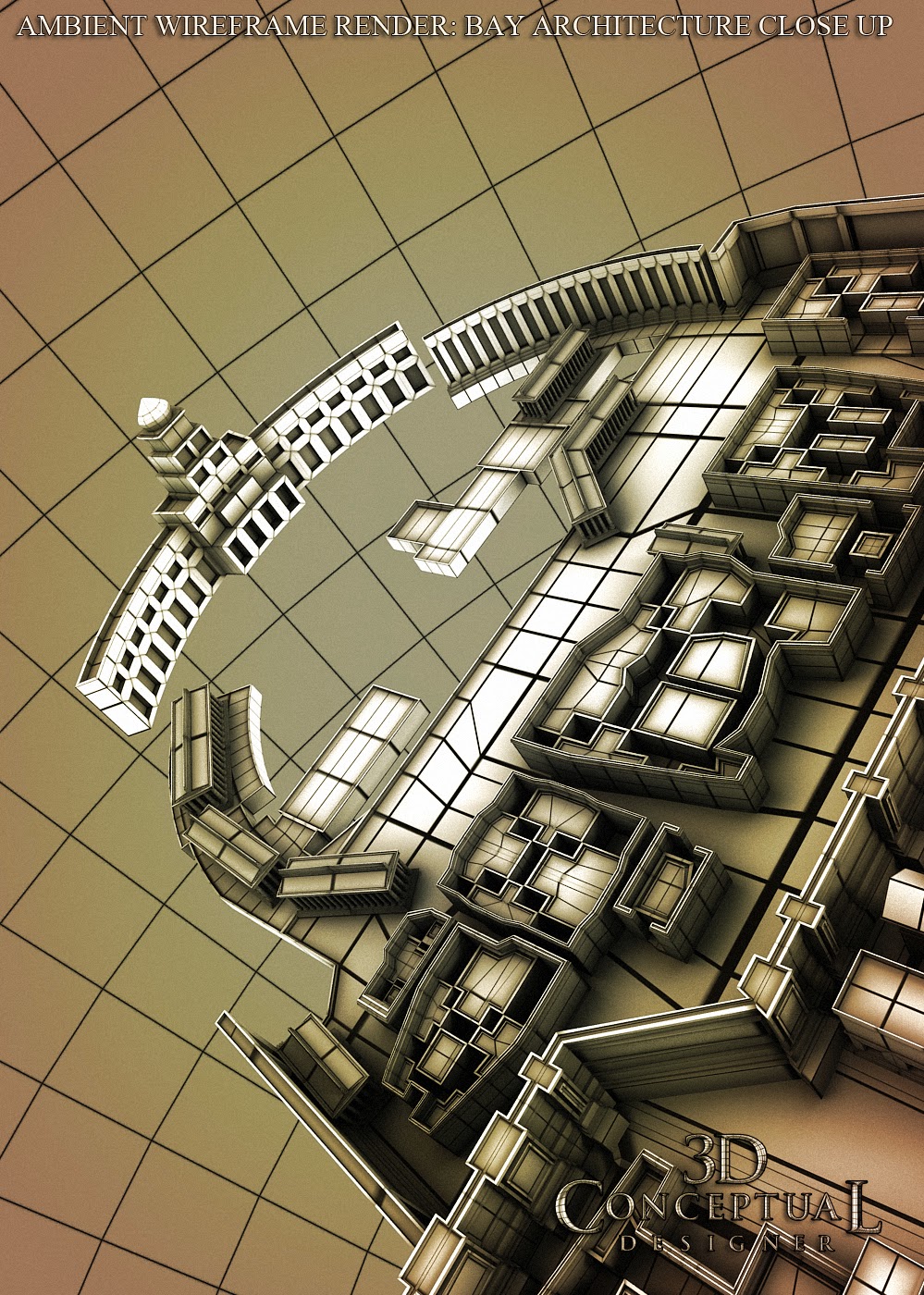 A close up on that curved bay architectural element I had to emulate for the posters. 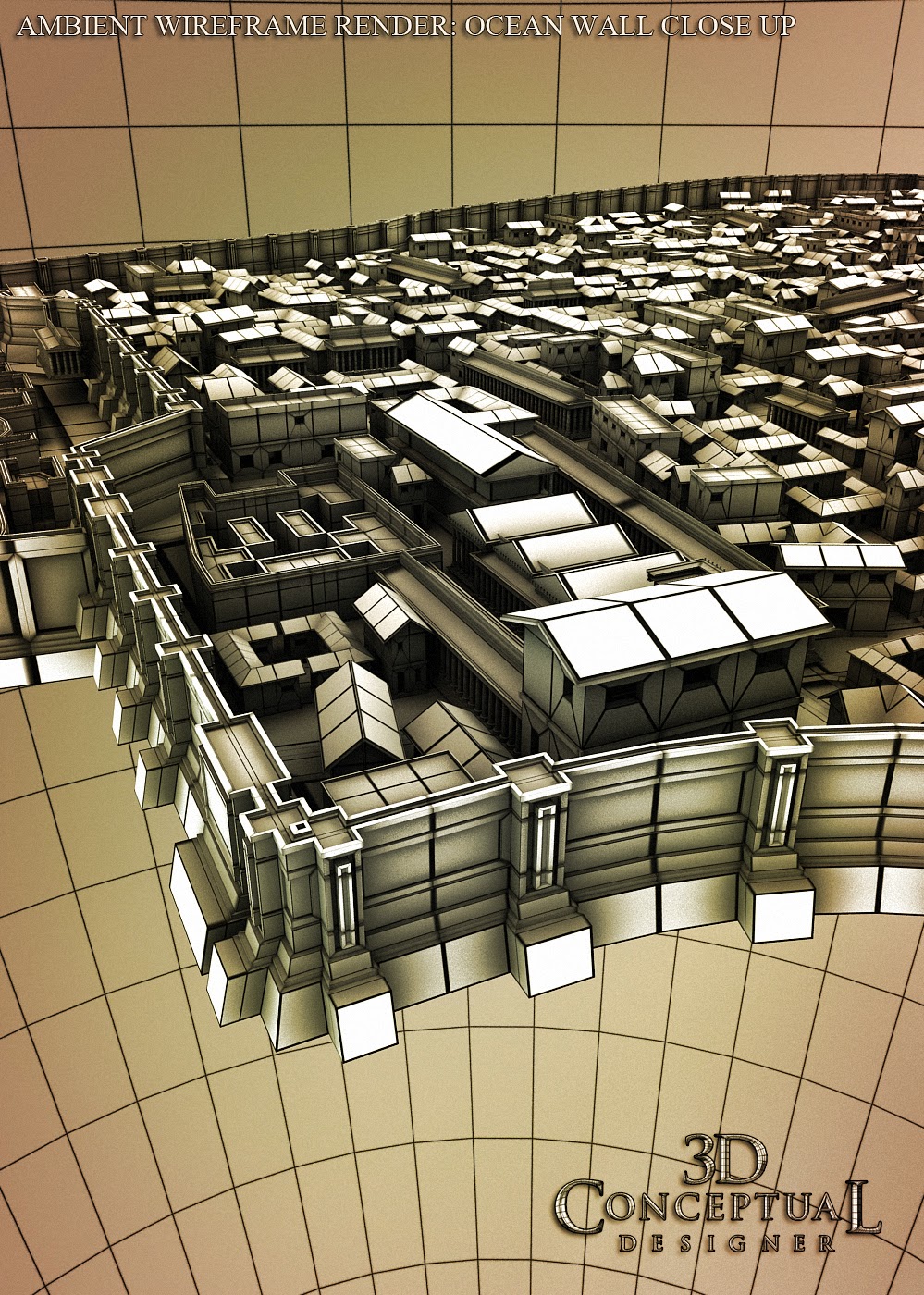 A close up on the far sea wall outside the city. 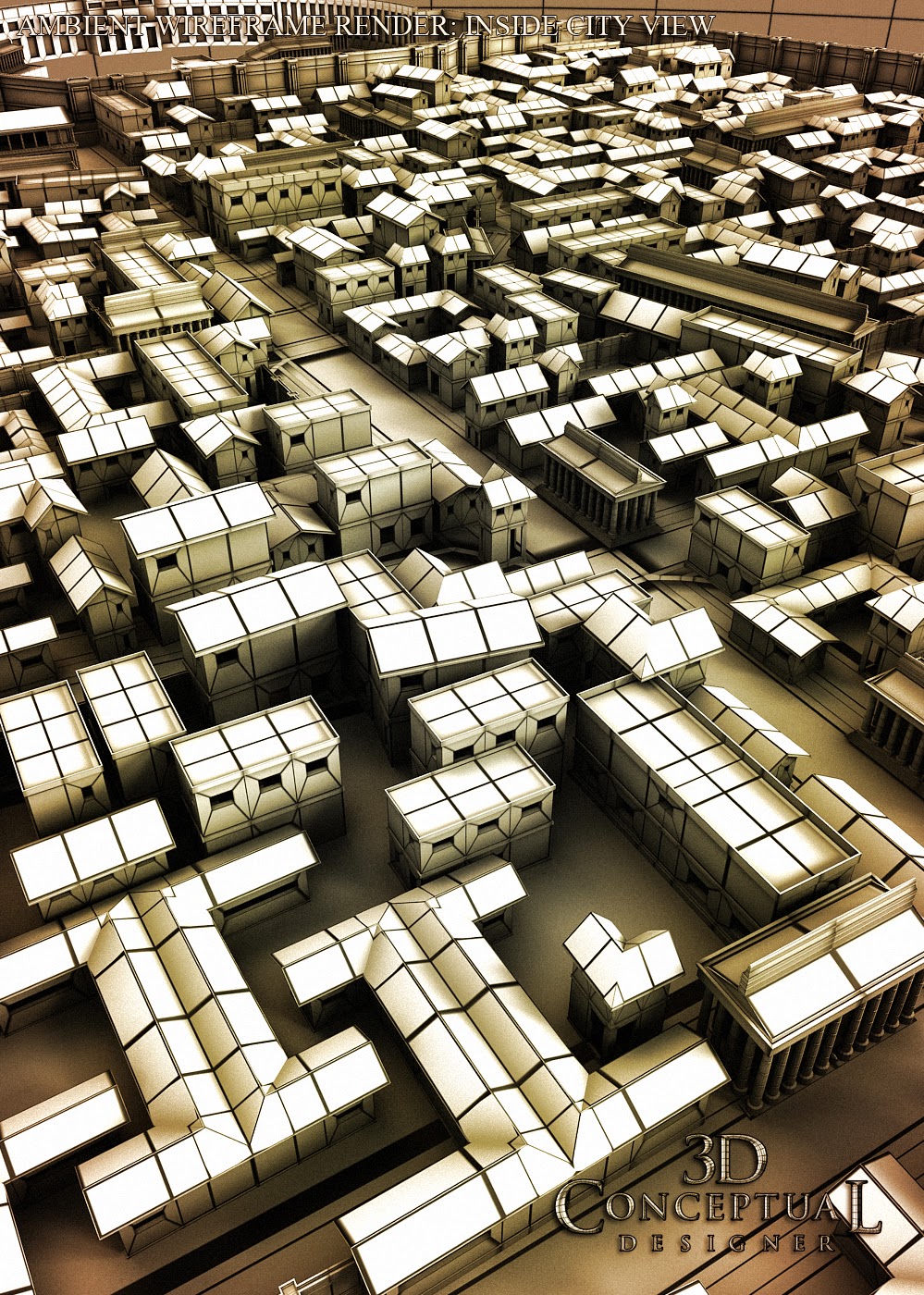 The crowded inner city build out in 3D 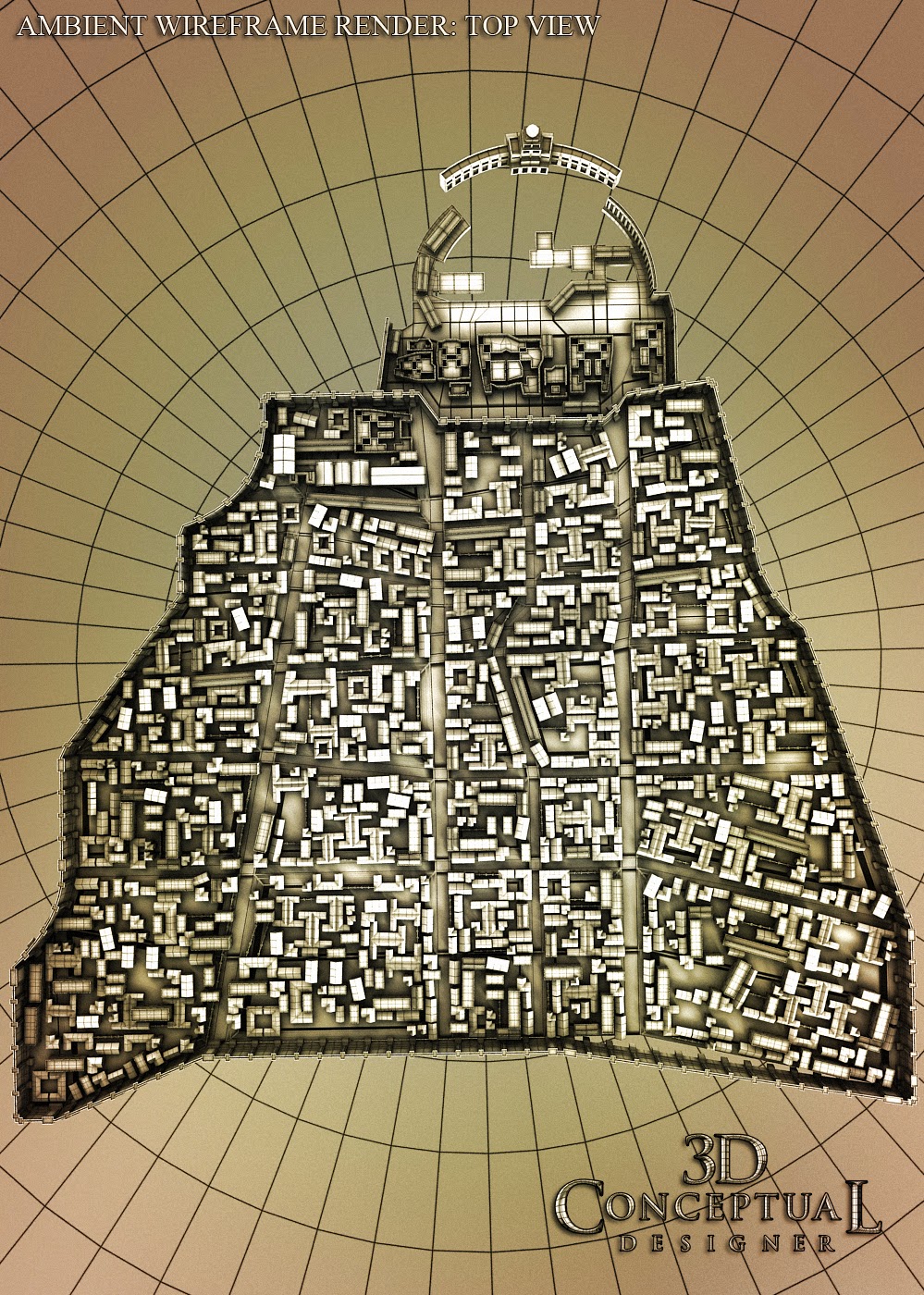 An overhead shot shows the full city build I did on one day. 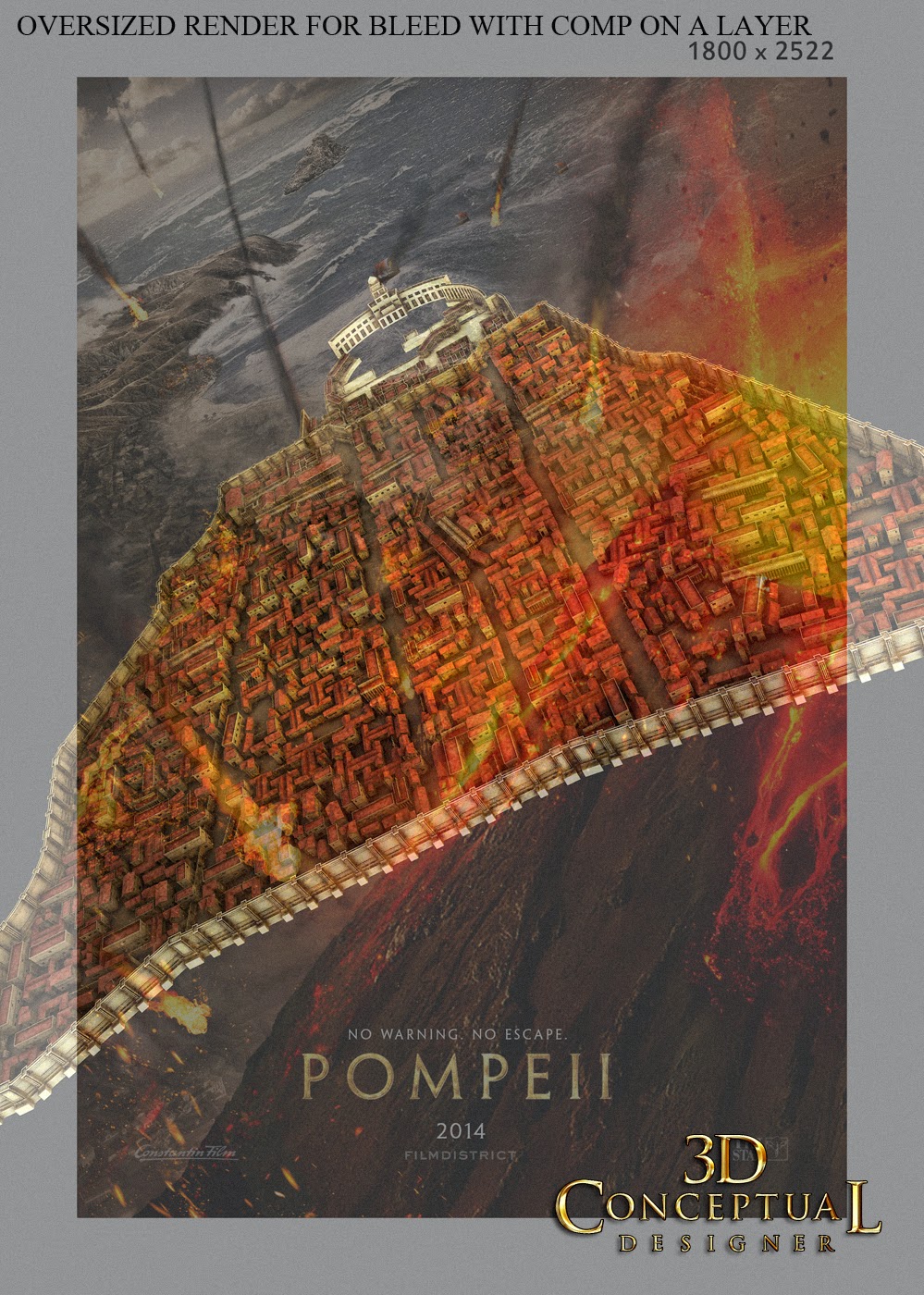 Here is an overlay of the comp over my render. Notice the wide bleed I give as the end user may shift it around a bit and if it is to go to finish they sometimes need the extra sides for 30-sheets. 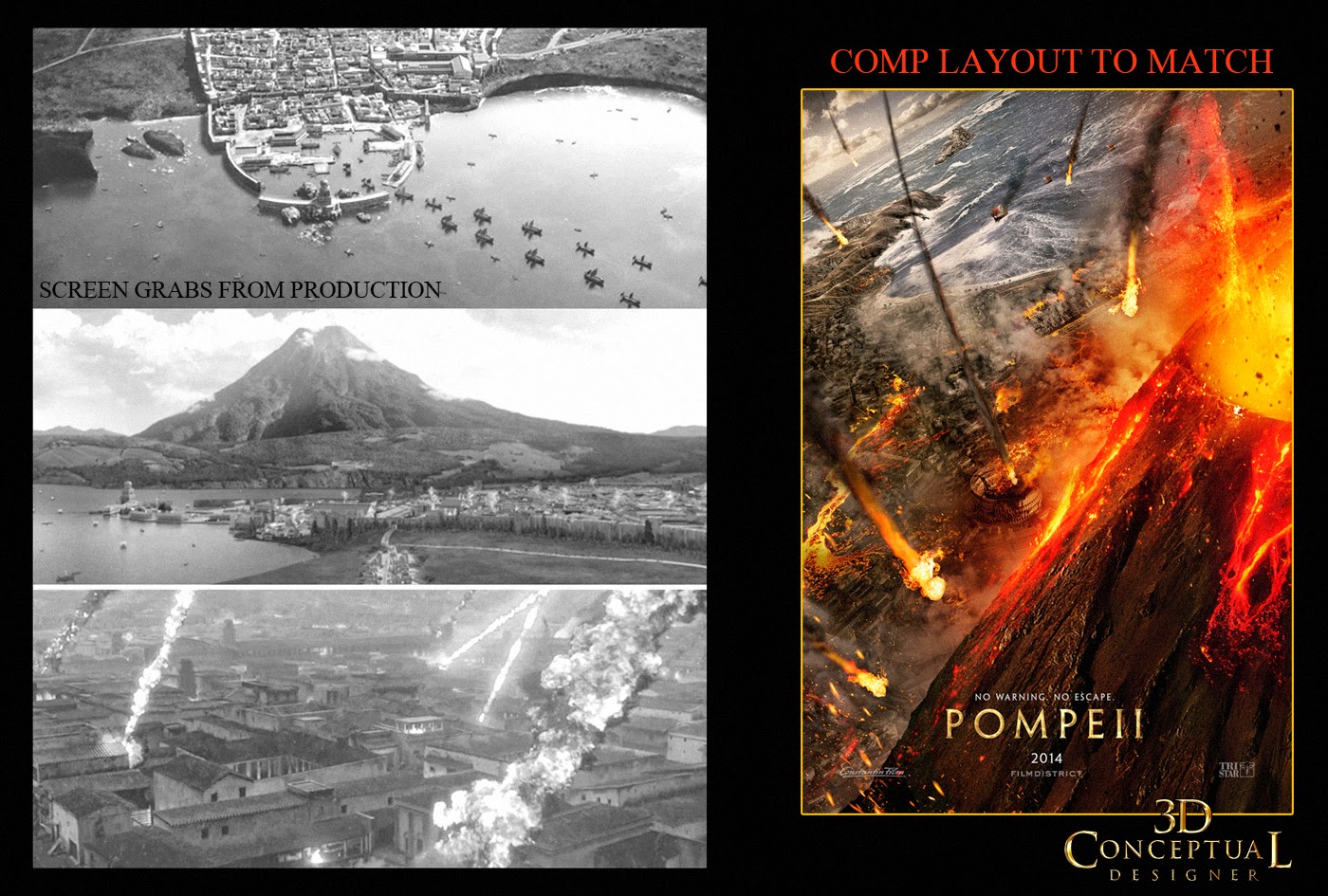 Here is a screen grab of the three pieces of scrap I had to build from, as well as the Art Directors clean comp that it was used in.

Today I am covering PART I in a new series of work I did as one of the last projects that I did for Gravillis Inc., once I relocated back to Colorado. You can view many posts in the past that I did for them, here.

They asked me to assist with some 3D illustrations for the Key Art presentation for the new Film Pompeii. As with much of Theatrical Print work, schedules are very compressed down, so I had only a day to build out the entire city from the air, and  I was given three images from screen-grabs, which is very typical as I have to reverse engineer out from a few shots the entire design, so off I went to build out a full city in a day.

I knew the angle and it was a distance shot, however I needed to get good details in quickly, as I needed time not just to build but to render it out at a big scale in a timely manner.

By the end of the day, I had this come wrapped up and delivered. I will have two additional posts for the next two PARTS covering some added views and concepts that I built out on day two.

Posted by 3Dconceptualdesigner at 8:09 PM