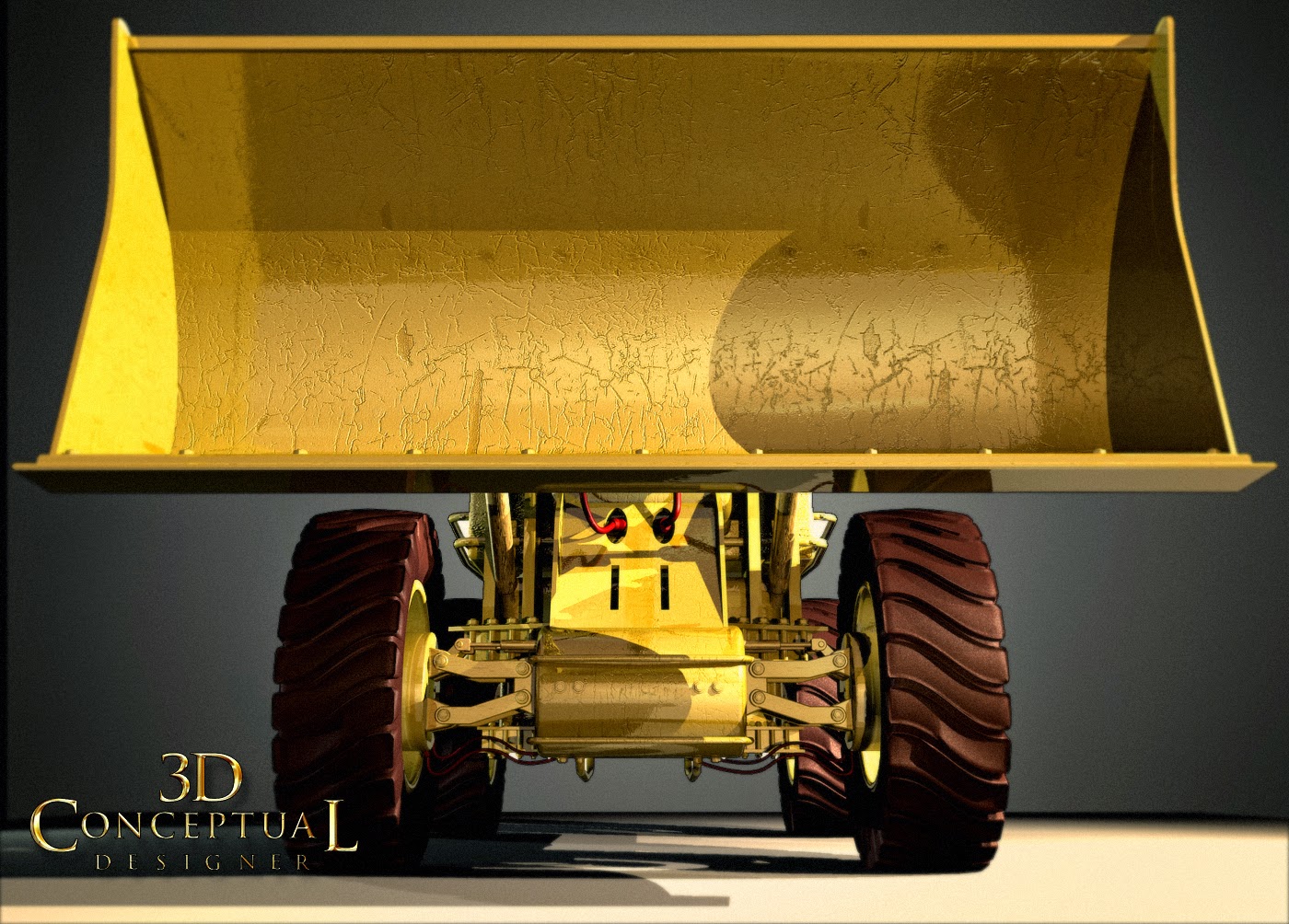 The test shot with the scoop down covered the majority of the cab. I had no type yet, as I started with the virtual bulldozer first. 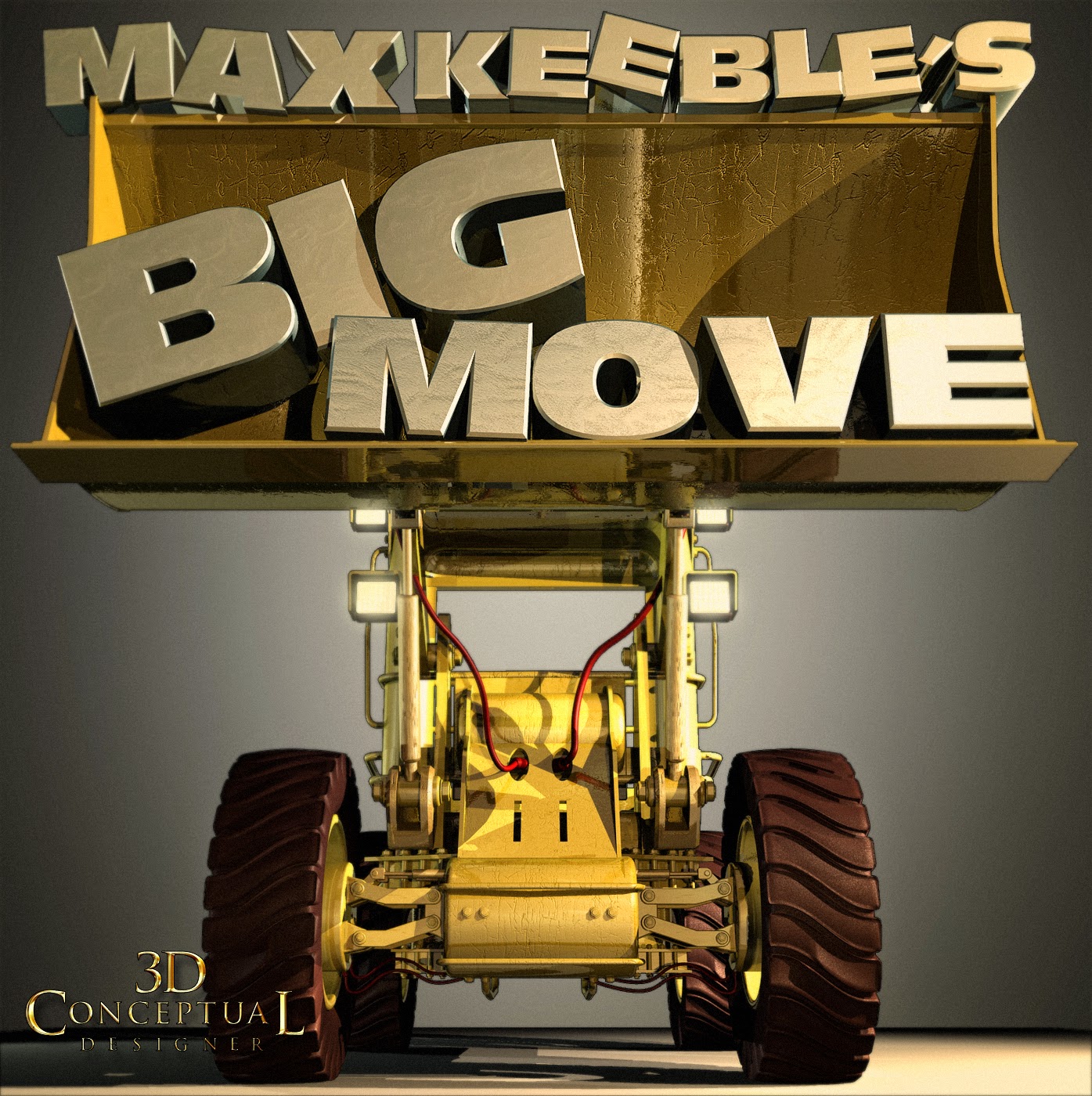 The final delivered file for Key Art with the title in the bucket, as well as lifted high enough to show the cab.[ Warren was to drop in photography of the actors in the cab] 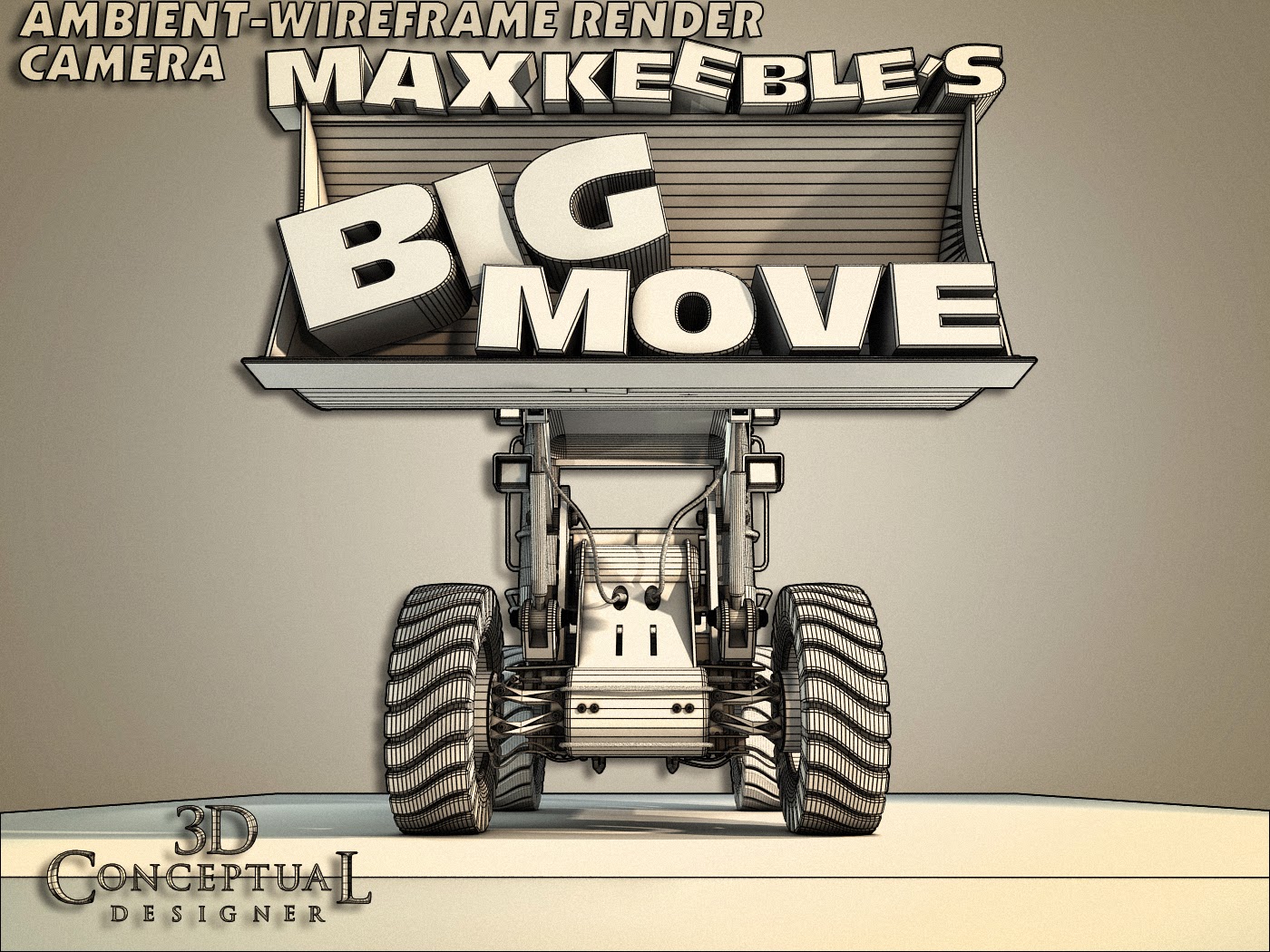 The wireframe ambient render sows this is NOT a Sub-D build, but a fast one. 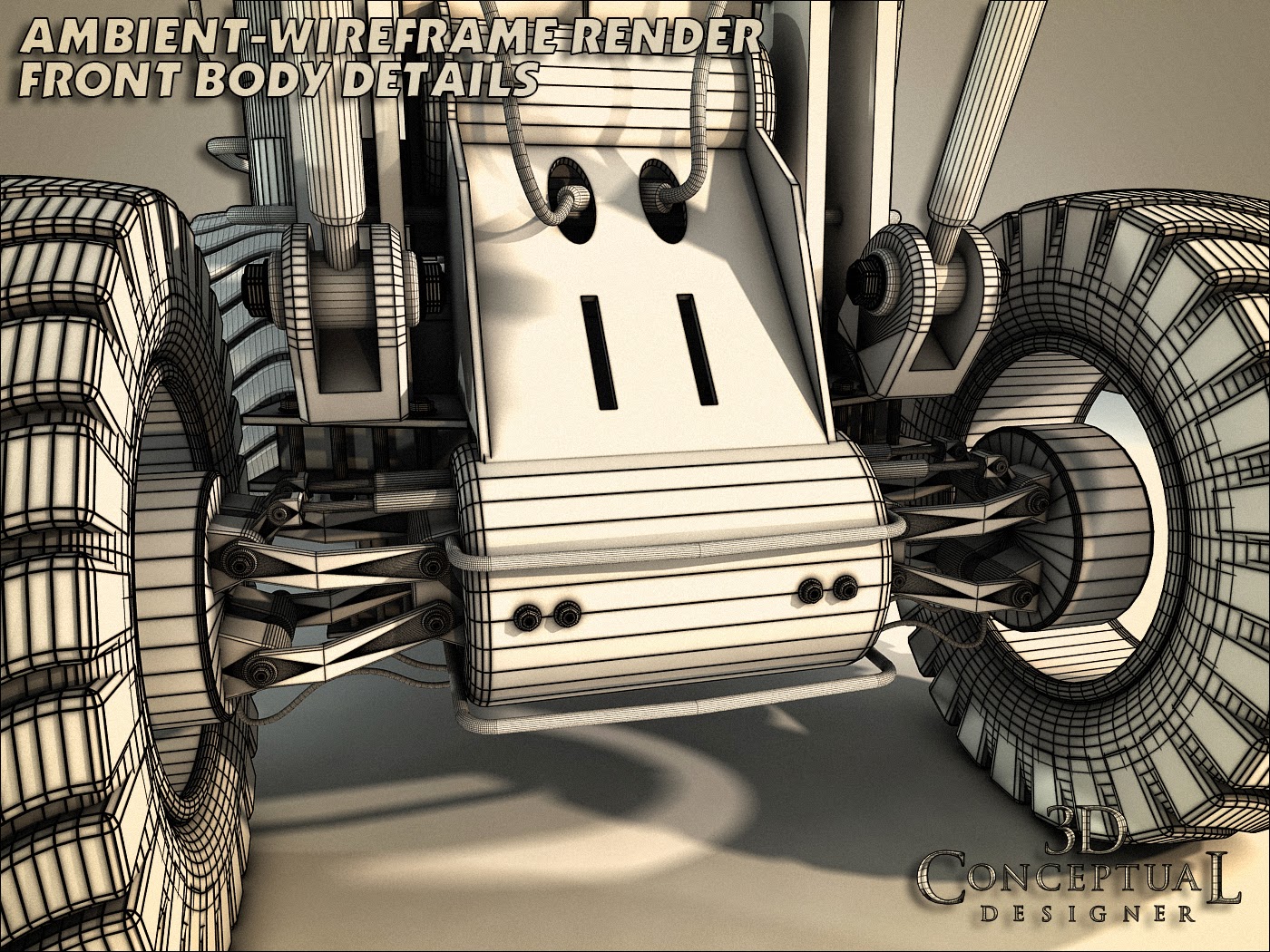 The front end was seen in detail so I put many details out from with the bolts and part lines. 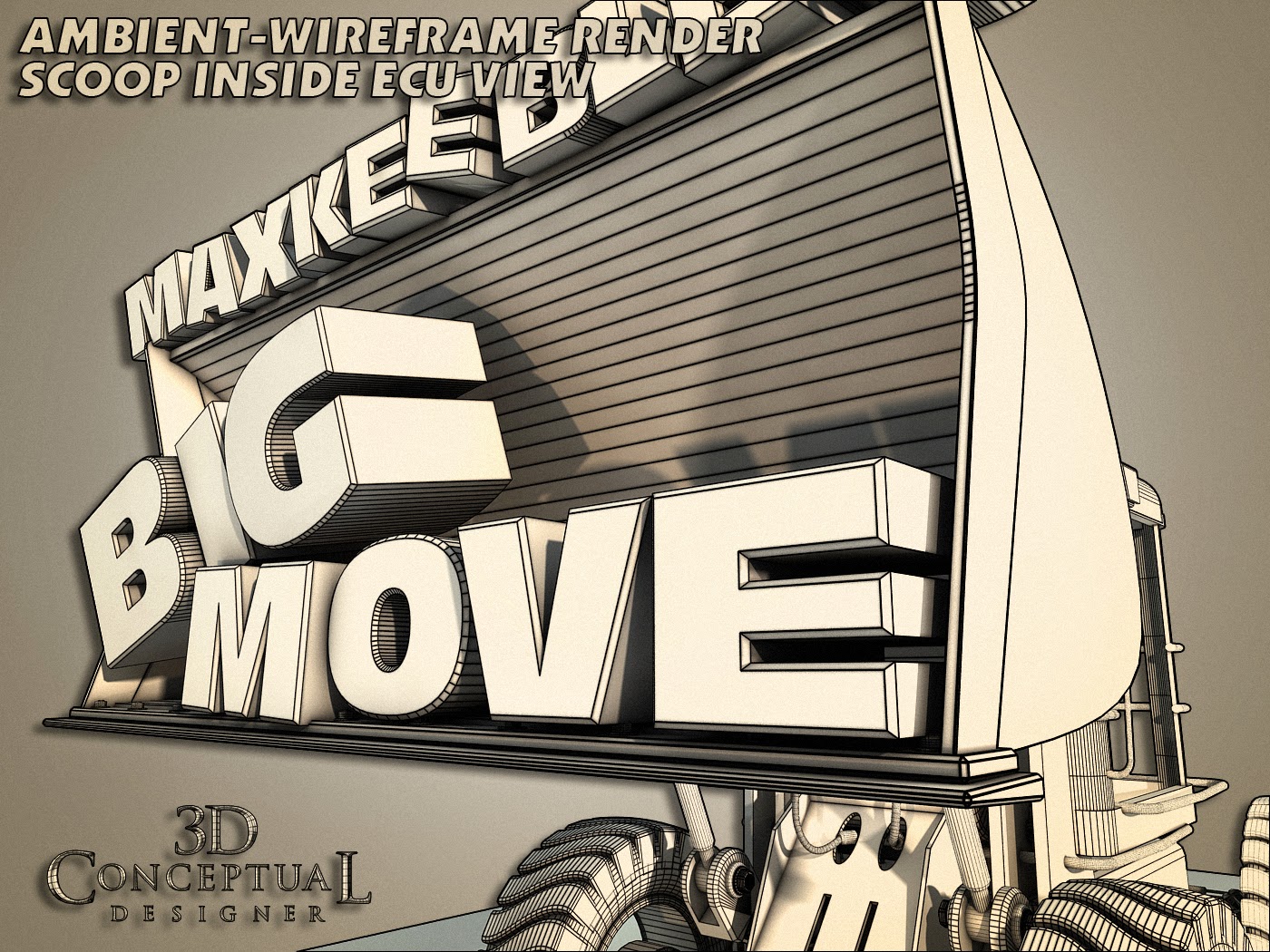 I added the double plate lower scoop lip with bots as it was also out front and hero'ed. 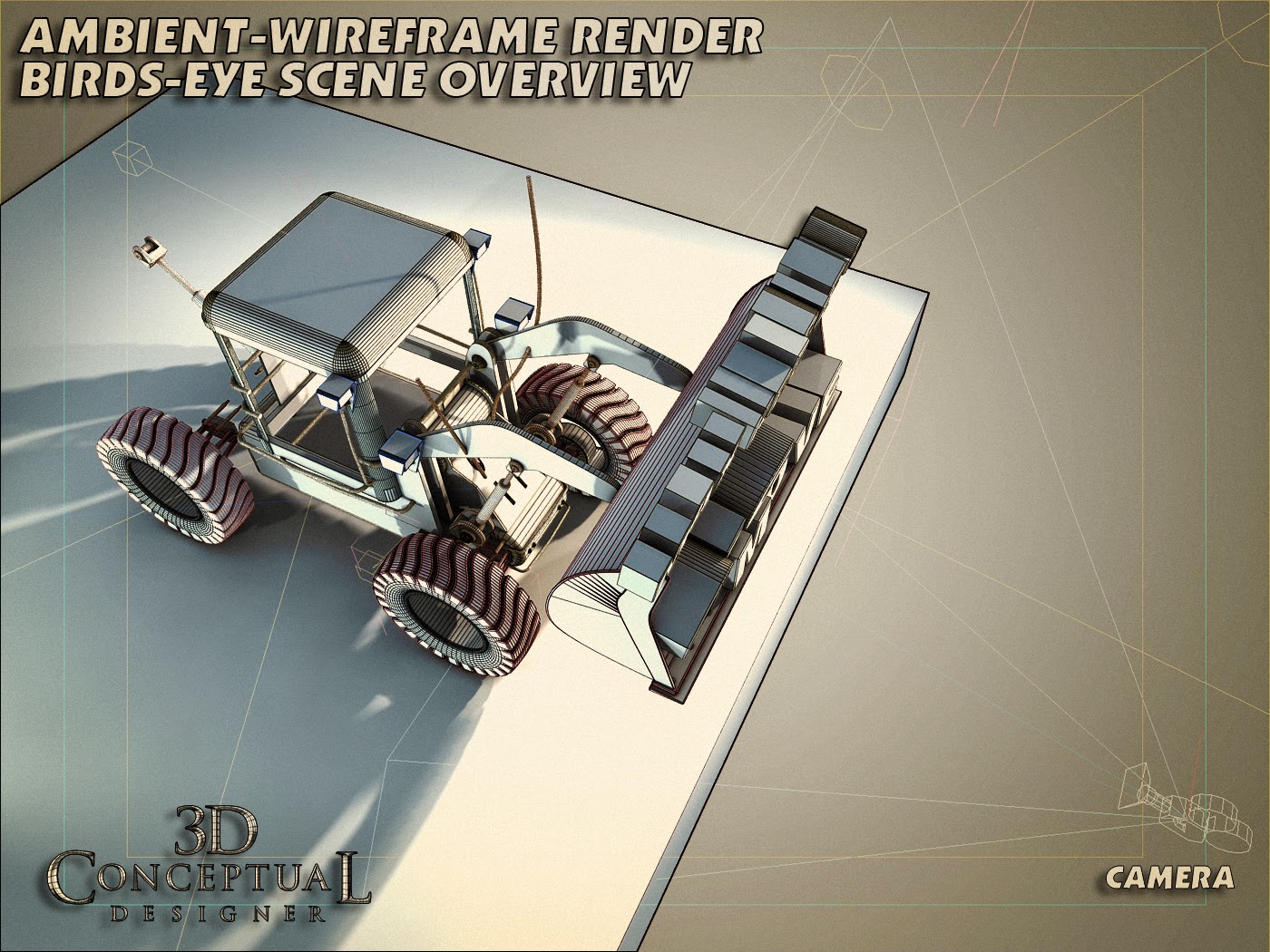 This Birds-eye show what was missing that did not need to be built for the comp. 3D can always be added to so I could have finished it up if we needed to adjust the camera, but for this one one shot only was needed. 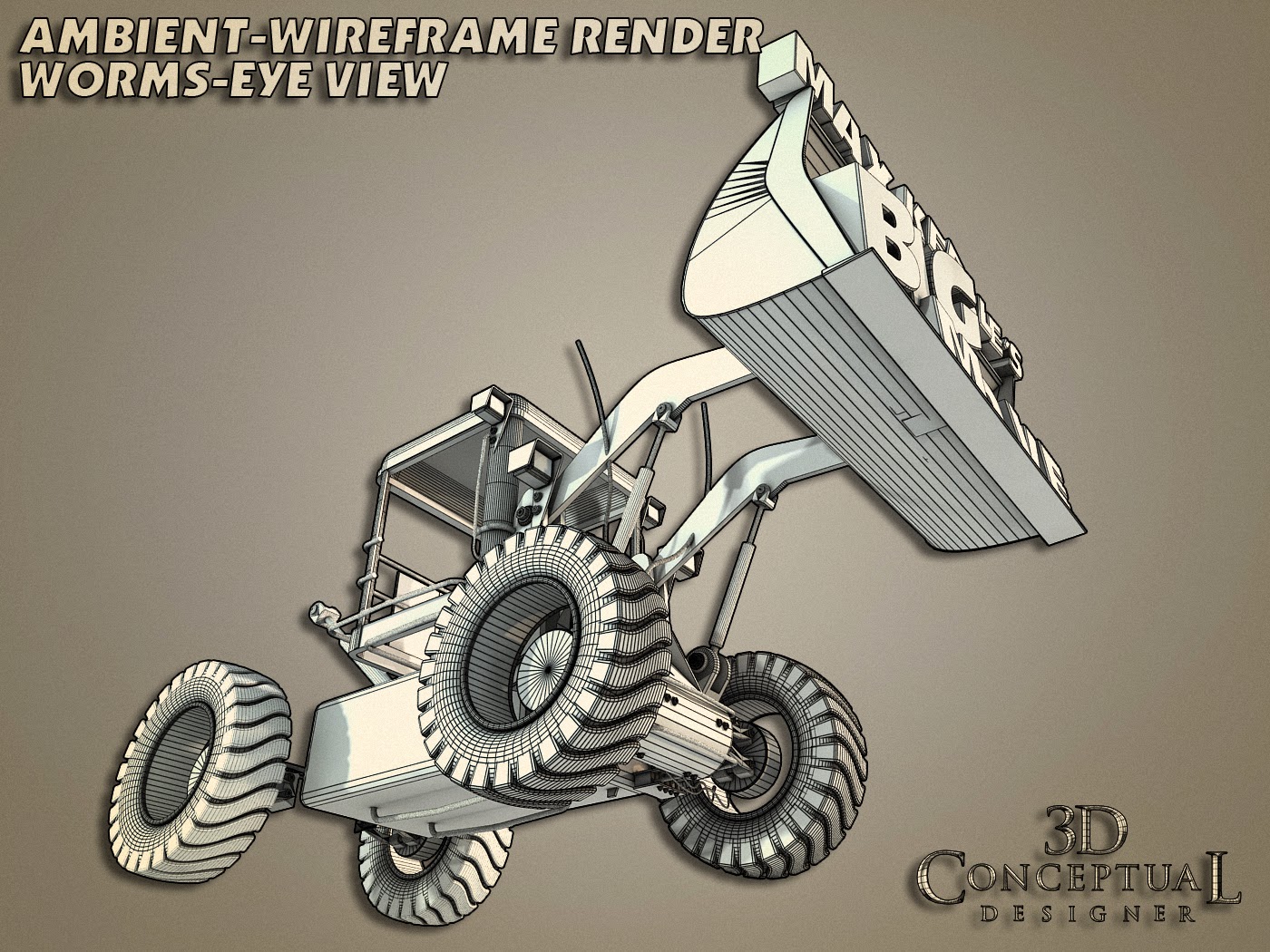 A Worms-Eye shot with the ground plane removed to show the undercarriage mocked up. 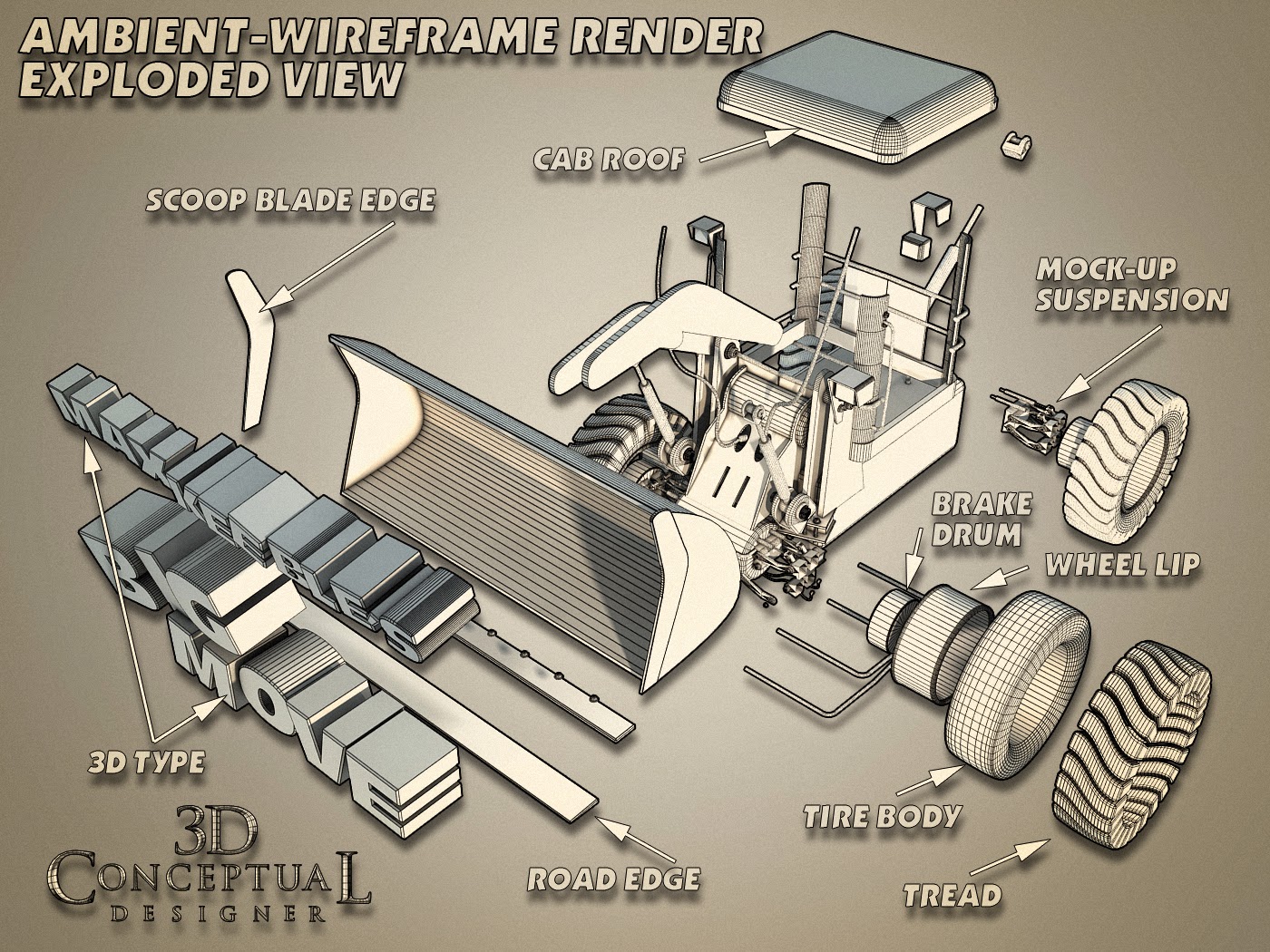 An Exploded Parts View of the 3D Virtual Dozer I built back in 2001.


Before I was hired on full time at BLT Communications back in 2001, and started up the 3D Department, I did freelance 3D work for them, and today I revisit that second gig again , and now I am covering a behind the art view of my build out of the Bulldozer.

I was given a small blurry screen-capture from the film of a Bulldozer used, and they wanted to incorporate it into the Key Art, so I went off the replicate it.

As with most Theatrical work, I had a day to do this, so I needed to work both fast and smart. I have a Set Design background, which trained me to build what you see,and leave out the rest.

So, for this build, you will notice that almost half of this earth mover is missing. no rim centers or lug nuts, no back-hoe, no seats or dash area etc, as these were not seen. You will notice that the soft lines for the hydraulics are just going up into space, as in this case it was faster to stage it this way as it was a single locked off view.

I did work on this for the talented Warren Nung.

If you want to see my overview posting from a few years back you can go see it here.
Look for more posts in the future!