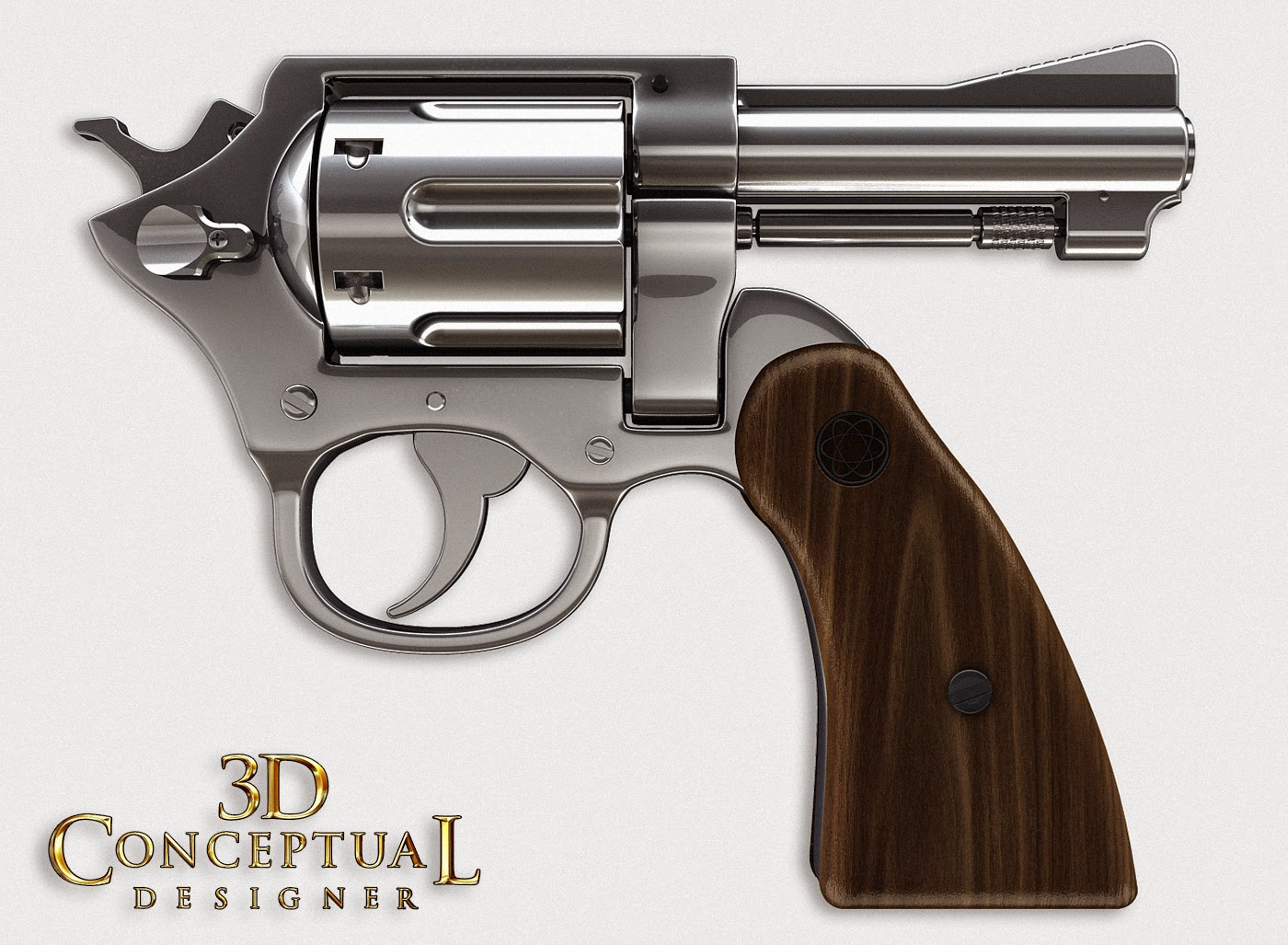 The final shot in a polished metal finish for this backwards facing revolver done as a conceptual 3D Illustration for marketing the film The Purge. 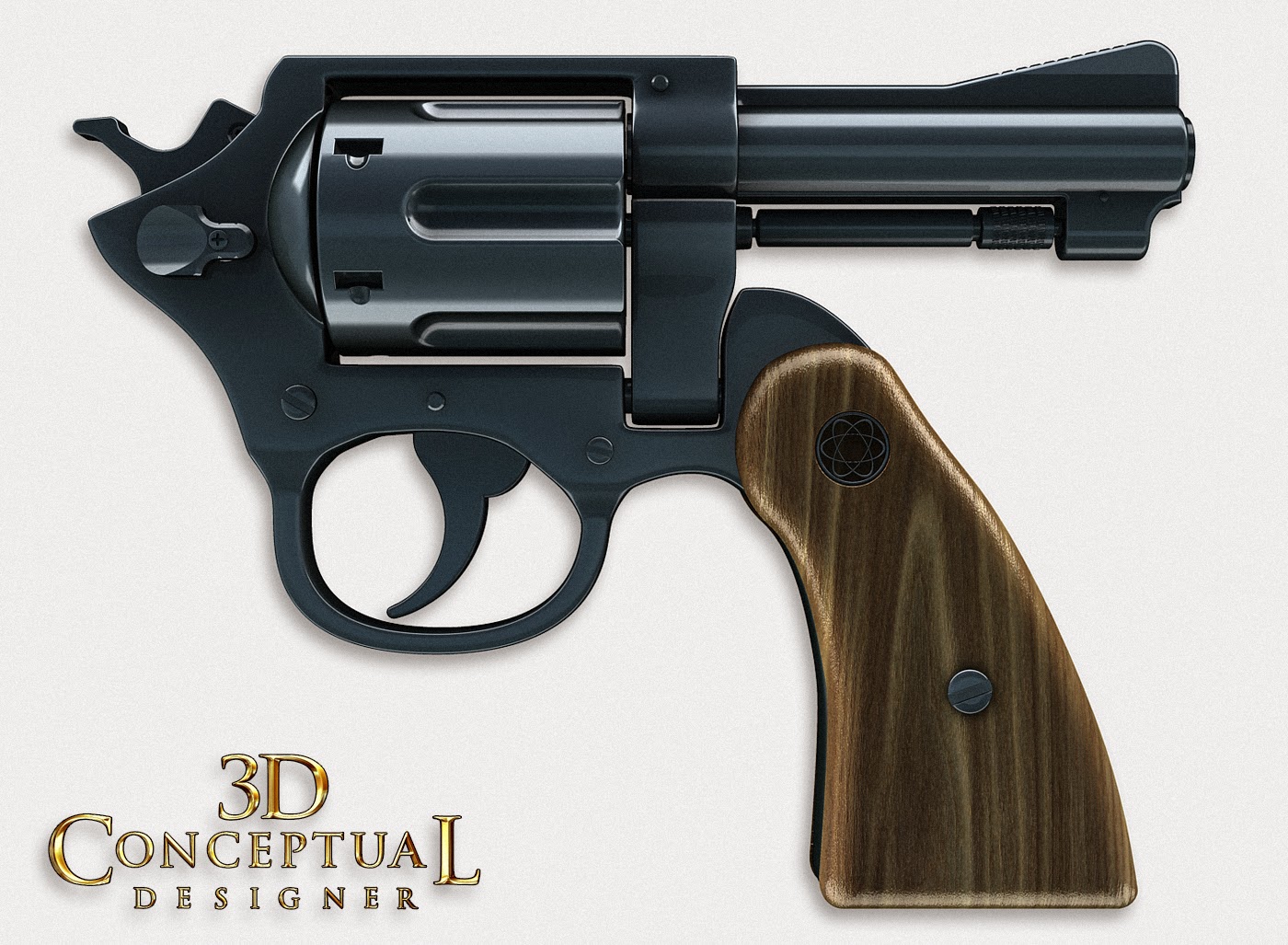 A BLued darker version was done as an alt as well for the 3D Illustration. I delivered these at 150DPI @ 10" wide for a typical 11 x 177' Comp presentation. If this was to finish I go 4500 pixels wide a typical size for a One sheet Poster. 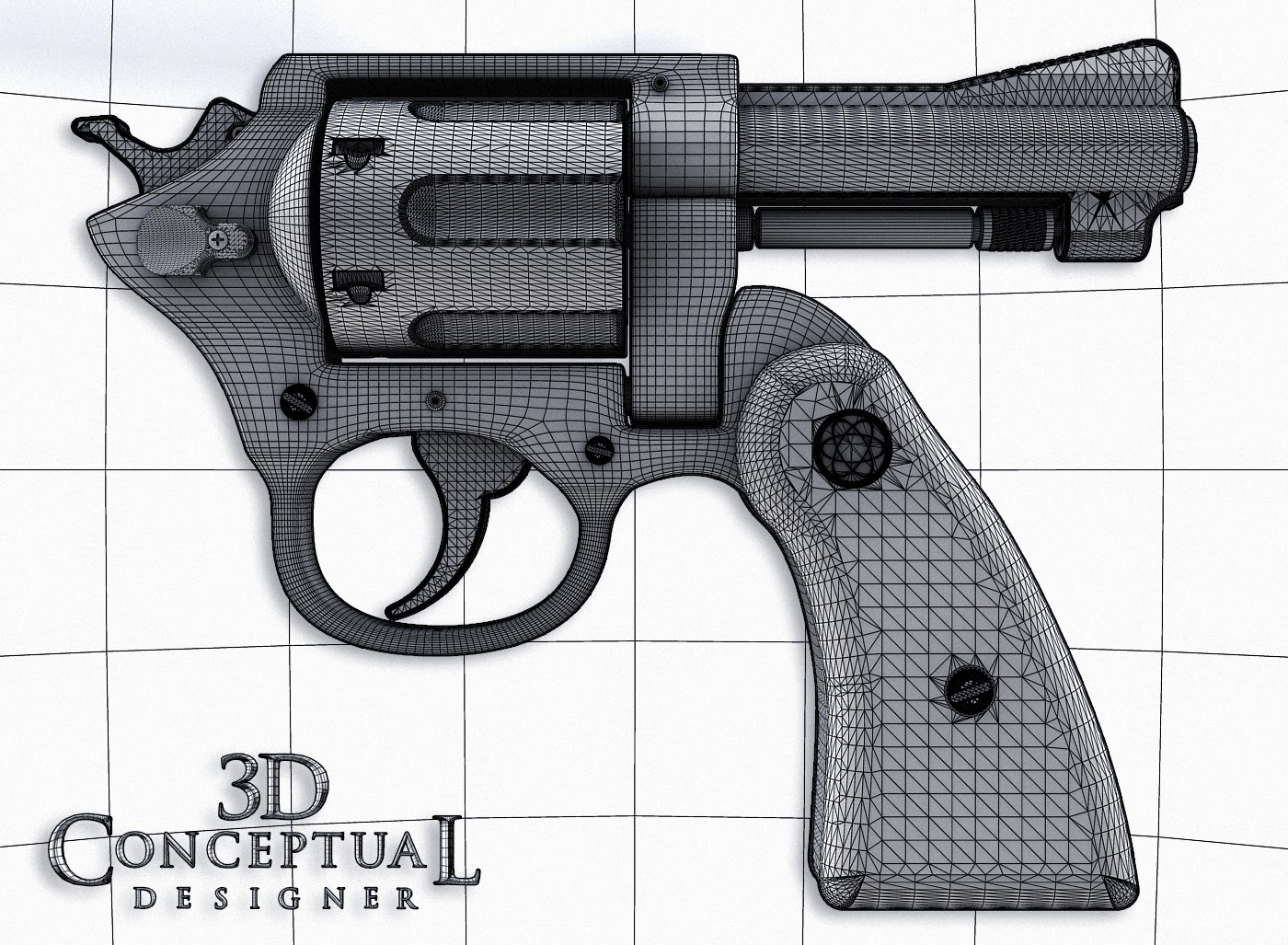 The backwards frame was build subdivision, though most parts are Npower Power Nurbs conversion parts from a number of project that I have worked on. 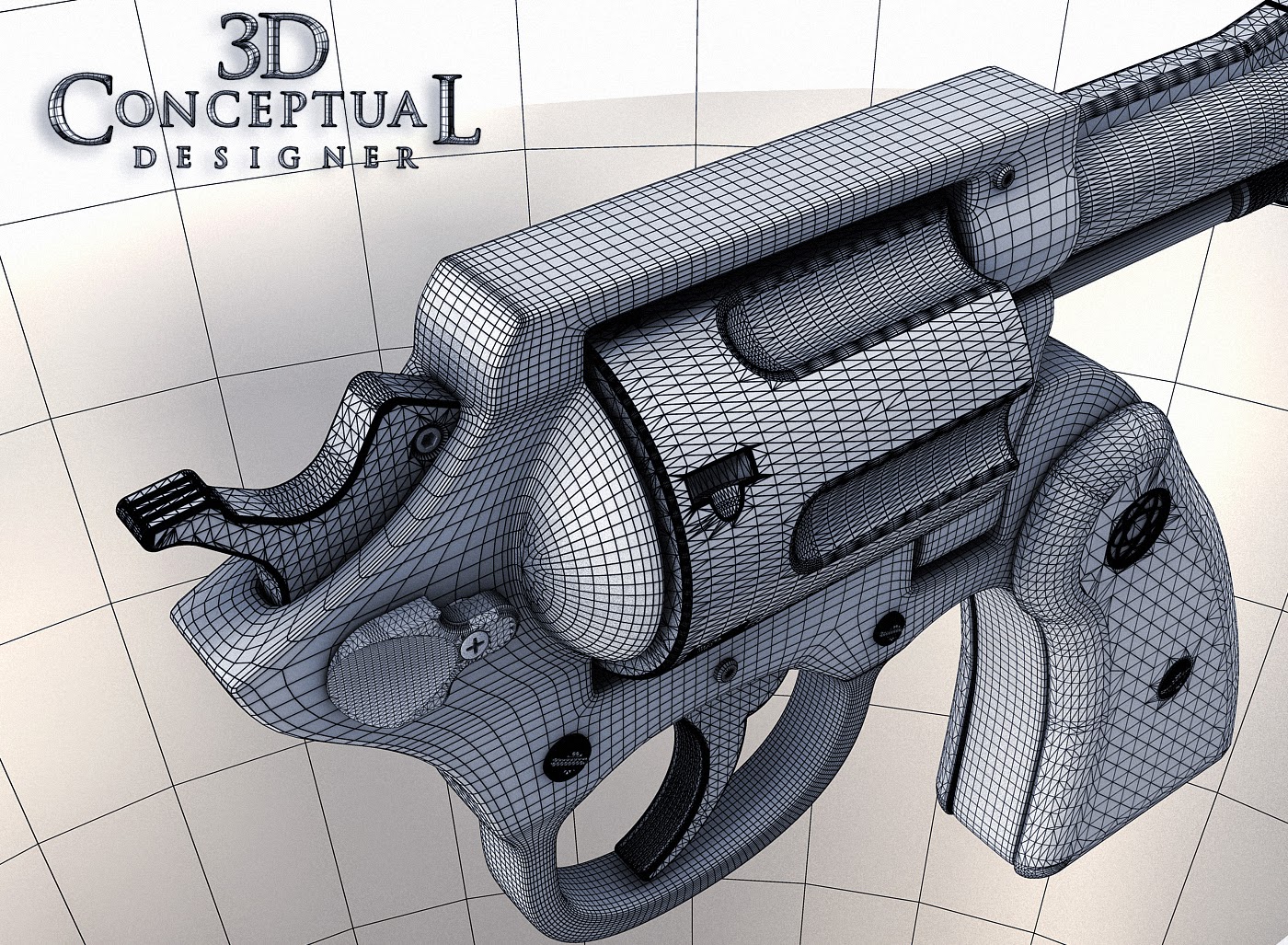 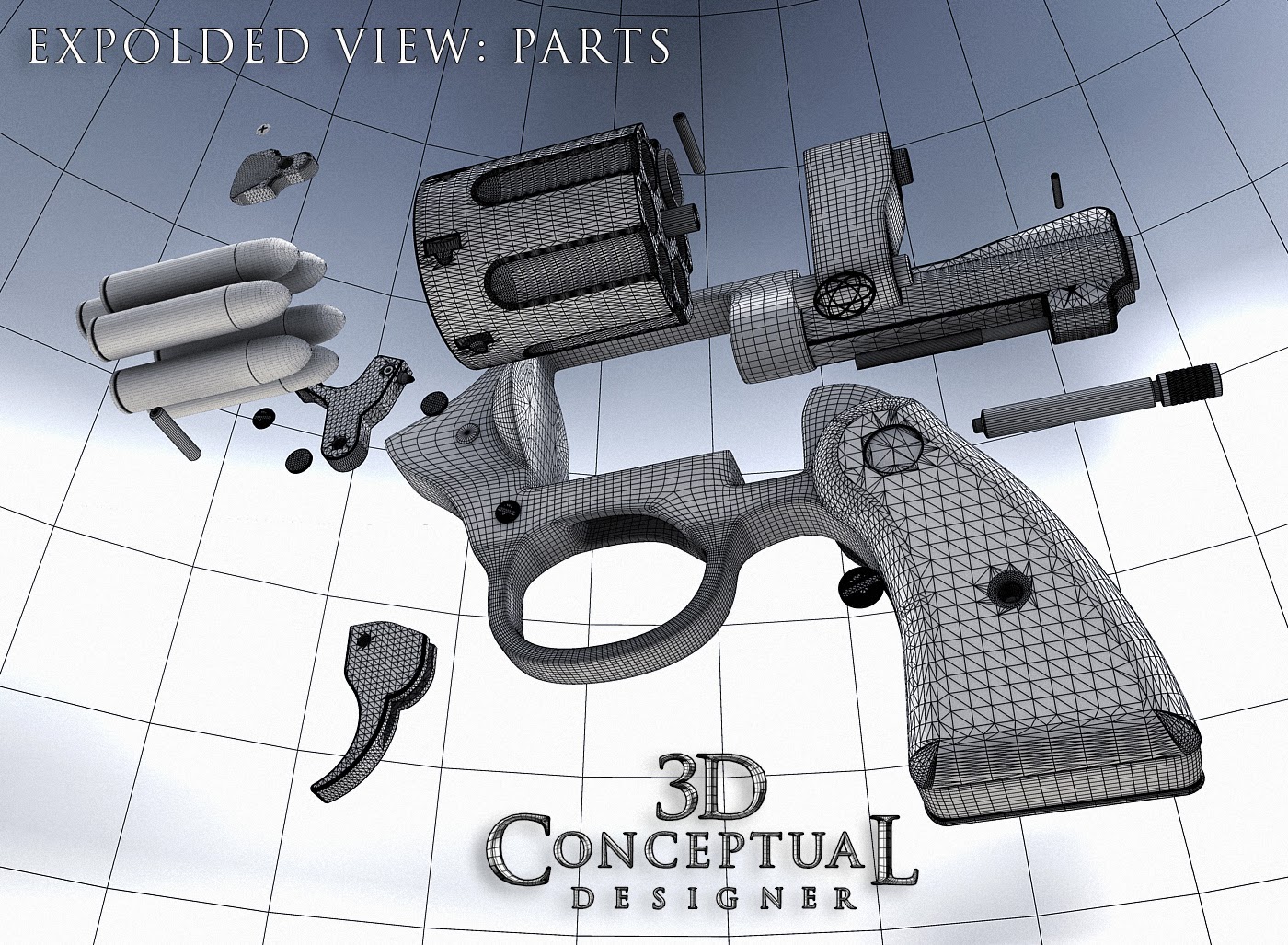 A view exploded out to show the parts I built inside the firearm illustration.

A good use for 3D Illustration is to make props that do not exist in real life,and to make them look real, and for the film The Purge, I was asked by Cold Open out of Venice California, to create a revolver firearm that shoots backwards. To create this prop in real life would require a good CNC mill and a much higher budget, so I did a virtual 3D Illustration as this was just over a half day to complete.

I have built a number of 'virtual' firearms in the past, so I took a few parts I had already made and created a new frame for the revolver that aimed at the user for this concept piece. The detailed parts were made with modeled in details with the knurling and grooved sight, rather than a bump fake.

I rendered the finals out on a white cyclorama with a blued darker metal as well as a polished metal version for presentations.

Cheers, THOM
Posted by 3Dconceptualdesigner at 10:03 AM