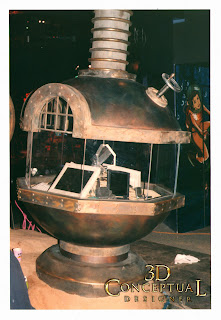 This was modified on site based on my sketch for a "Cone of Silence" that would hang over the video game stand up consoles, it can be viewed here.It was in the New Tomorrowland redo from the last 90's. 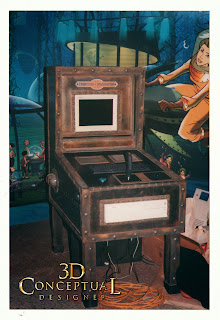 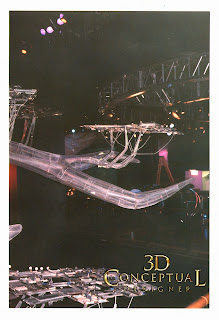 A close up on a branch shows the simple metal rib structure covered in wire-mesh. 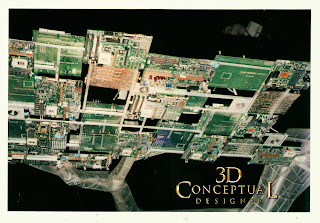 The leaves were circuit boards that we recycled to stay with the recycled Compaq PC message from the attraction. 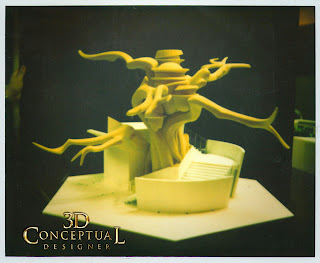 This was So Much Fun to do: Terry Dobson was not happy with the model shops interpretation of my sketch, and I reminded him I sculpt as I did go to Art Center for Transportation design, so I did the final foam at 1/10th scale, and it was scanned to create the finals, so the branch shapes were right on. See the sketch here.

So today in PART II, I have posted a few added shots of the various elements that I designed for Tomorrowland from the big tree to all the steam-punk/Jules Verne themed games and attraction pieces throughout the show.

I was also able to model the tree which I wanted to anyhow to get the shapes right, and thanks to the awesome encouragement from Terry Dobsons Direction, I was able to accomplish that for him as my last effort on the project.

All has since be demolished and removed , except they kept the tree, see here from my first trip last year[ a decade after it was installed].

Posted by 3Dconceptualdesigner at 5:07 PM