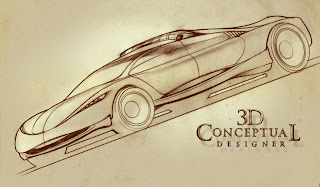 Here is the standard Enforcer[ Sagan Cruz] Vehicle as it looked on the road. 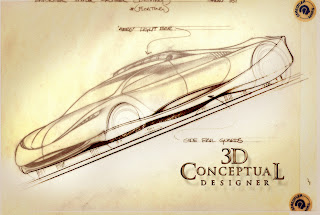 Here is an overlay sketch showing the wheels retracted and the side skirts extended and 'wrapped' around the car base as it is now hovering in Hypercruiser mode. 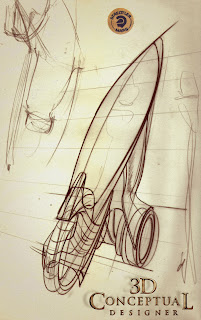 Trahn and Jenna in College with Kit[ aka The Phantom] drove around in these little sub-micro cars that were one passenger enclosed cycles with 2 wheel, 3 wheel and ever a 4 wheel version. 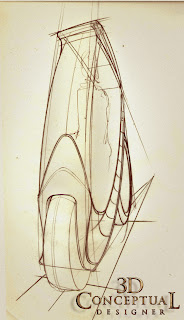 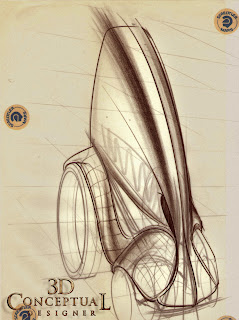 A four wheeled mini transport rough sketch design I did back for The Phantom.

This will be my 82nd post on my Art Direction, and Conceptual Designer roles for The Phantom 2040, an animated kids series from the mid 1990's.

Today, I have a few more vehicles I designed for the show back in 94'. As a grad from the Transportation Design program at Art Center, in Pasadena I was trained for this stuff, and doing designs for a futuristic animated show made it even that much more enjoyable of a subject matter, or better yet a "world setting" that they lived in.

I focus today on two: First I show the Enforcers 4 door 'cop car' so to speak. I did a design that was to be a bit dated as most Police do not use the current models, but a dated standard model, so I went that direction with the car. I also did a variant for when it floated , as to what it looked like. When I was in So. Korea I helped design out the animated transition with the team at Sei-Young as well, but I do not have scans of that[ Sei-Young in So Korea did not have a Xerox machine available to me].

I also have roughs of the mini-micros, or motorcycle cars that the College kids rode around when we did shots at school with Kit.

As a side, if you are a FAN of The Phantom 2040, and on FACEBOOK, there is a group dedicated to the show here.