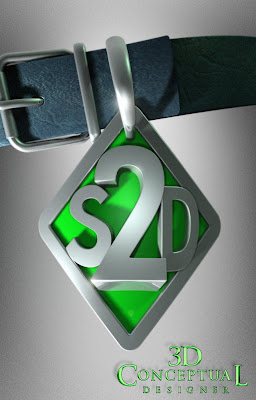 Here is the Scooby Dog Tag I did for the Second Film. I re-used the strap from the first one I did here. 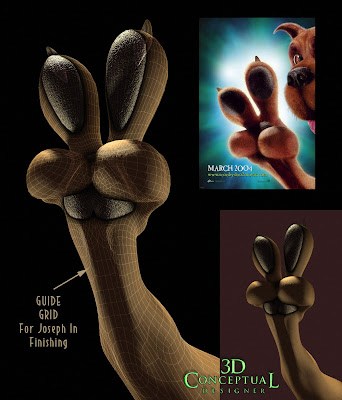 I built out parts of Scooby for the poster. They had a head shot but no paw, so I built this out as the base to finish. 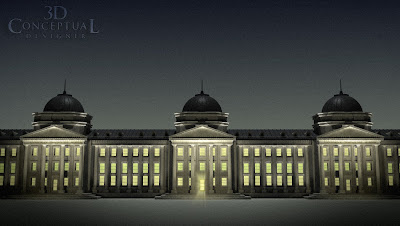 The Coolsonian Criminology Museum was a 3D Illustration I built and rendered out for a few Comp Ideas. 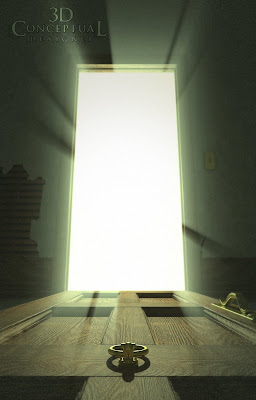 In this shot the whole gang is standing on the doorway looking in with the green backlit light from behind showcasing them. 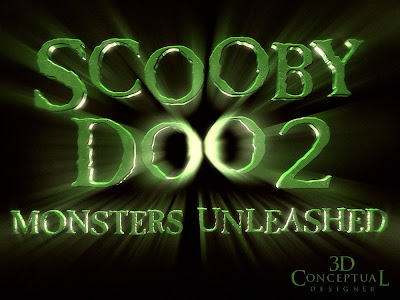 One of many takes I did on the main Logo designed for the film.

I have a previous posting showing show 3D Illustrations here, that I did for the first film for Scooby Doo in 2001 while at BLT and Associates in Hollywood, and here I review some of the work I performed for the sequel, Scooby Doo Too: Monsters Unleashed in 03'.

I had built the Dog Tag for the first film, so we did a modified version for the second. SD2 was put on the tag and the colors were modified away from gold to platinum. I also did some virtual sets with the "Coolsonian Criminology Museum", as well as a busted down door, with a view up to the door frame with the green lighting from behind, known to the film and animated shows color palette.

I also built out a few Scooby's in 3D as static sculpts and we added in fur in finishing. I would model out the parts, skin, pads, and nails and also render a wireframe guide and we would get the lighting close and then it would go to Joseph Escareno in Finishing and it was painstakingly hand applied. The Peace symbol/ two sign, was what finished for the teaser.

I did just a few logos for AV and handed over some models to Matt Hartle to render out for the Editors.

As a sidenote, I also worked on the Scooby Doo Video Game for Sony a few years earlier so I was well versed in the Art Direction, and being a kid in the 70's it is in my memories too, enjoy!