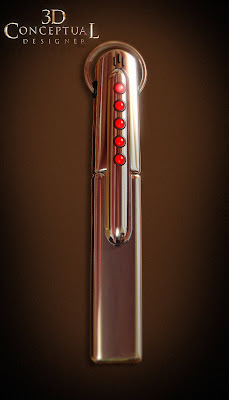 This "Pen" Gadget was to sit in Mr. Chans front shirt pocket in the poster. 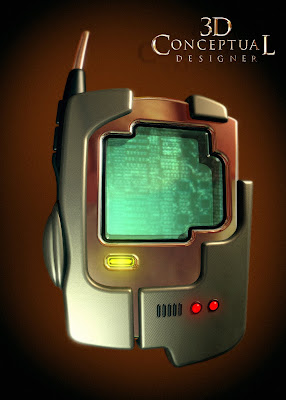 A Tuff covered Walkie-Talkie I designed in 3D for The Accidental Spy Poster artwork. 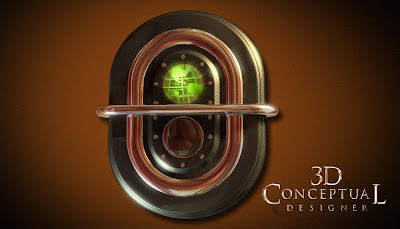 I Handheld GPS Device made from Carbon Fiber I designed in 3D for the Project. 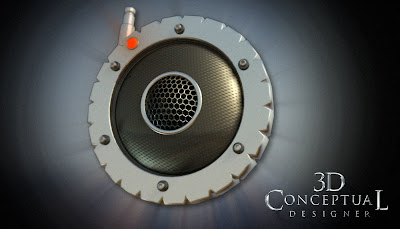 A Smaller Listening device[ Like a Quarter Sized Walkie-Talkie] I designed for Accidental Spy in 2001. 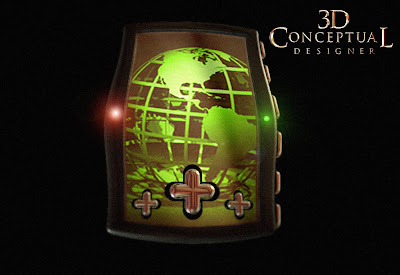 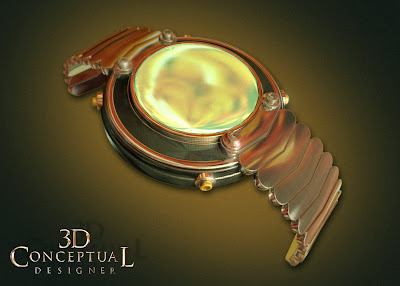 Jackie Chan wore a special watch for the Poster on his punching hand at first.

One of my early projects while running a small 3D department at BLT and Associated, was a direct to video release of the Jackie Chan Action Film The Accidental Spy, as I have posted the Logo that finished here a while back, so here are the gadgets I did.

One advantage in hiring a trained Product Designer is that when you ask of a gadget I can make one up in 3D while I go, which saves my clients time and cash. On most of these I had about 30 minutes each to design, build, texture, and render for the posters.

You will notice that most are warm glowing in color, and this is due to the finished poster background was used by my as the reflection so the p little gadgets would drop easily into the Art Directors comp ideas and match up. Here is the final finished poster.

The Main character played by Jackie Chan was a "James Bond" type, and they wanted him to be filled up with PDA's and spy watches etc. I had a lot of fun with the fast pace this one had.
Cheers, THOM
Posted by 3Dconceptualdesigner at 10:55 AM