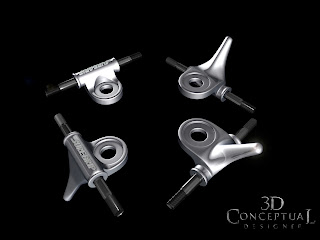 The Multi-View shot of the final re-design I did for Sure-Grip International back in 2011 for the Rock Skates truck. 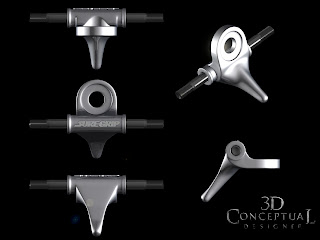 Orthographic views of the truck design. 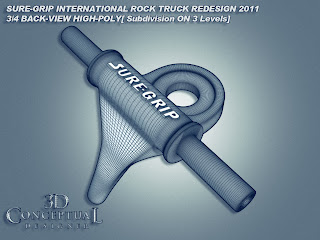 The subdivided 3D Printer build is what I exported out for the prototyping. I also added the molded axles for prototyping as seen in the DA45 here. 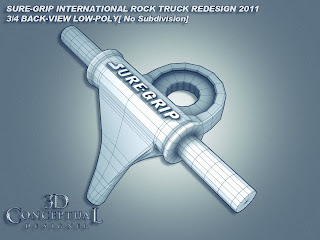 The base 3D model is a low poly build. 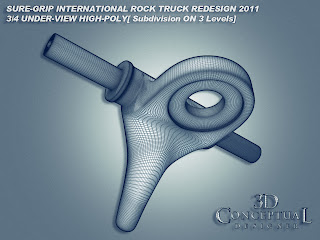 A view from underneath the truck in high Polygon form[ STL] 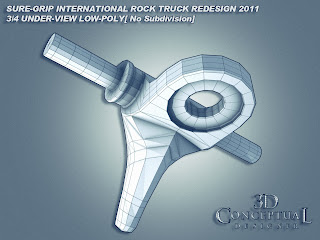 The low poly base model I made to create the high rez final. 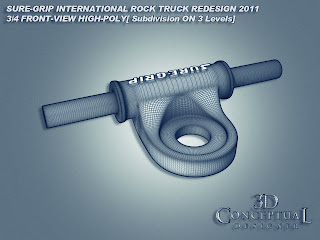 The cushion cup profile emulated the DA45 as seen here. 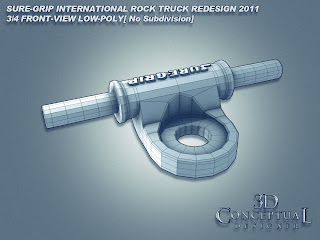 The Low Poly view of the above Rock Truck design. 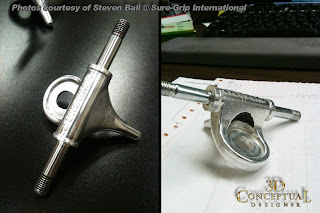 Here is the final Product first casting shots of the new Rock Truck.


This is my fourth post covering work I have done for Sure Grip International[ SGI], the largest and oldest skate manufacturer in the USA.

I did some 3D-Logo work posted here, and here, I also designed the look of the new DA45 Plate The Avenger, as a sharp edged stealth look for them and that design post can be seen here.

Today I have posted  a simple redesign of the Rock Truck they sell on a very popular entry level skate. The truck was granfathered over when SGI bought the skate from Rock Skates so they wanted to rebrand the truck with the current SGI logo, as well as adding some of the design forms found in the flatter surfaced DA45 their flagship truck at the moment.

We had already used 3D Printing to help visualize the other projects so I created this design in the same manner with a metal prototype being made from this model output as a STL [ stereolithograhy ] file for 3D printers.

I am an avid Quad Skater myself, so designing skate items for SGI was a dream job.