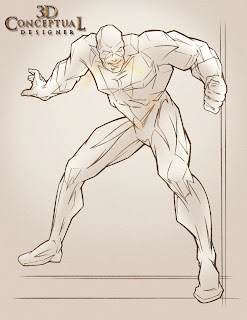 Here is the final Color-erase line art for Molecule Man in Metal. You can see the Marker Comp Color Key here. 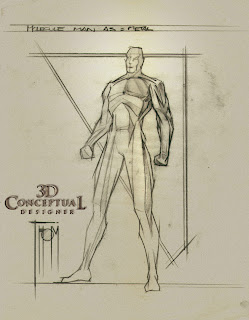 Here is the rough sketch that preceded the above drawing, a bit quicker of a comp. 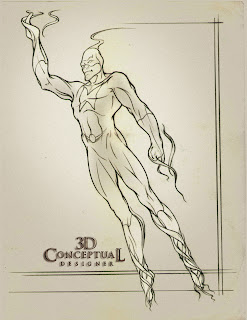 Molecule Man as Vapor. I had his extremities 'leak' a bit of smoke constantly in the design. 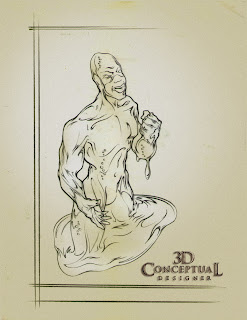 Molecule Man as water. The Color is here.


This is my second posting for the brief work I did for Sega out in Diamond Bar CA. back in 1995 for the video game called Molecule Man.

They hired me as a conceptual designer to develop the looks of the character as he would transform from one element to another. I did the various versions in Water, Vapor, Metal, Glass etc.

For todays posting, I have the final line are for a few designs as well as the rough sketch for the metal version we used to move ahead with the poses. I happened to have just finished my Phantom 2040 work so was versed in tight fitting superhero drawing as I had been doing it for a few years by then.