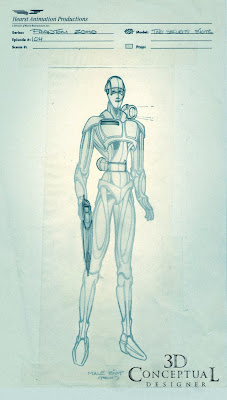 A generic B.I.O.T. robot converted to a Security Bot for the series with helmet, lighting, and a specific gun. 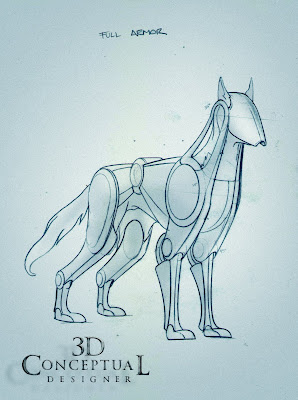 Devil Dog, was Kit Walker[aka The Phantom's] trusted friend, and here he is in full armor like Sagan Cruz wore. 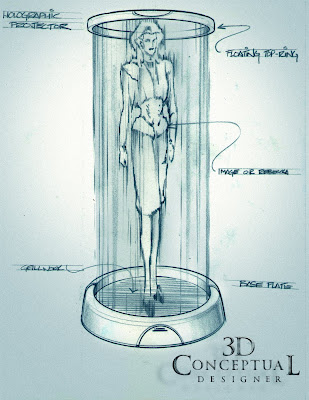 A Holographic Projection set of rings, with Rebecca Madison being shown. 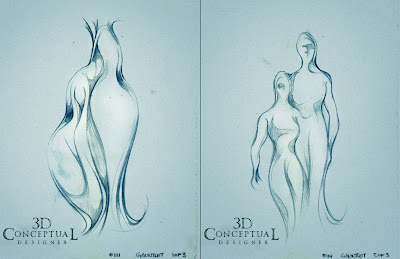 A vapor representing Kit's Mother and Father whom passed away prior to the series. 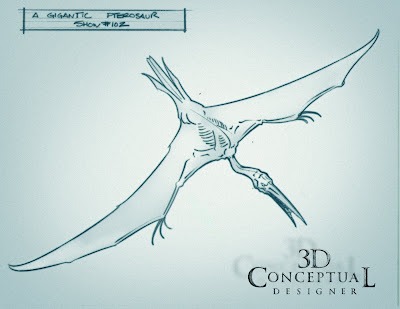 In this, my 72nd post on the Hearst Animation Productions hit, The Phantom 2040, a television animated show from 1995, I have posted up a few addition character related images.

The biological Robots , or B.I.O.T.'s were always being modified, once I designed the base Male and Female models. Here we have a security guard BIOT. I usually did a quick overlay in pencil and handed it over to inking to complete the character. I also would do various turn-arounds as needed on these, but most were seen in just one shot or so , and all that was needed was the base design differences as seen above.

You can also see Kit Walkers Dog named, "Devil", had a set of full armor made like the enforcer outfit I designed for Sagan Cruz. I also designed out a holographic ring where Rebecca Madison would communicate to her son Maxwell, and her henchman Graft.

Now "The Gauntlet" was a character that becomes Kits mom and dad who passed away, sinc ehe lives with his aunt Heloise, and I designed them in the "eterial state of smoke for the two stages you see above.

And finally a Flying Dinosaur called a "Pterosaurs"for a quick appearance. I never knew what I needed to design next as each show presented me new design needs.
Cheers, THOM
Posted by 3Dconceptualdesigner at 10:04 AM