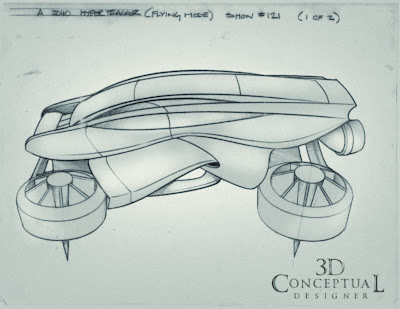 Here is the Phantom 2040 series Hypertracker design I did back in 1995 in the flying Fan Powered Mode. 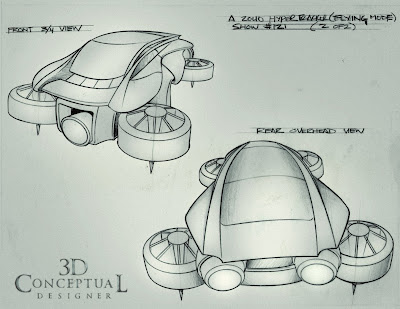 Here is the Hypertracker design in a front and rear 3/4 view for the animators. 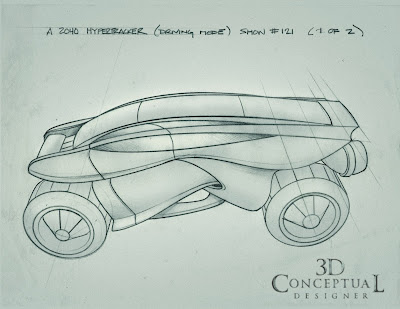 Here is the Hypertracker design back in the standard "Drive-Mode" to run the streets of Metropia in The Phantom 2040 from Hearst Animation productions form 1995. 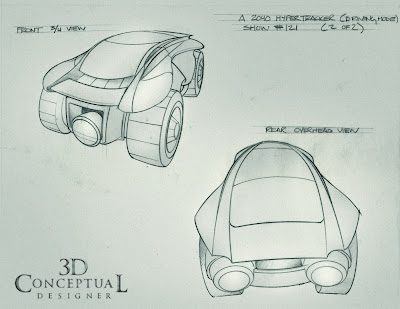 Here is the Hypertracker design in "Drive-Mode" in a front and rear 3/4 view.

In this, my 71st post on "The Phantom 2040" Animation Series, I have posted up a vehicle that I did two versions for, as it was seen on a regular basis. Most Transportation designs in TV animation are a "One Shot", meaning they drive by once or twice in the background and that is it.

This vehicle however, was seen on a regular basis, as well as it transformed on screen so I did a few views in each configuration to help the international animation departments to be able to see better the two compared side by side. I also was able to go to South Korea and help them layout the animation sequences for the transformations, since the Key Framing was done in Vancouver and these sketches were well represented by them, it was the change that they needed a bit of help with.
Cheers, THOM
Posted by 3Dconceptualdesigner at 12:37 PM