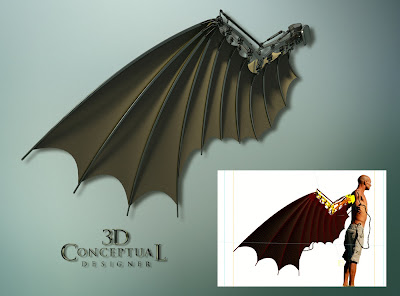 I posted a front view in PART I, so here you can see the actor pose it fit into. 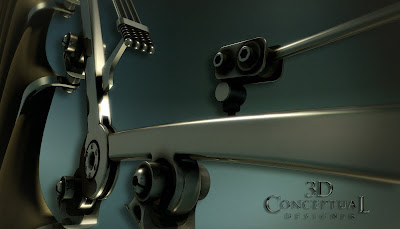 We were to fly around the apparatus so I gave it some details. 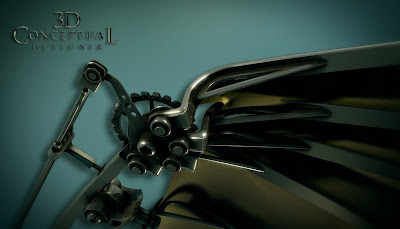 The "knuckle" area near the last joint in the wing frame. 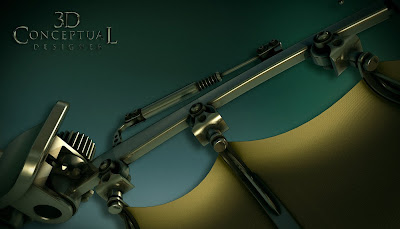 The "Rib Hangers" are seen here for the cloth to seat into. 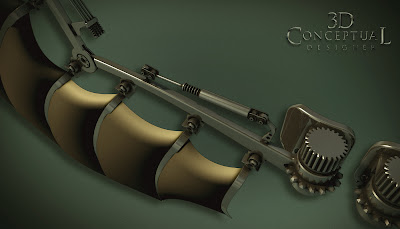 The pads in the center were fused to the actor and grew out of them in the final idea. 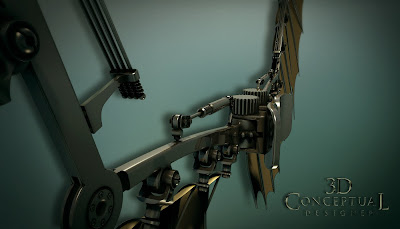 A Side perspective on the Intrepid Pictures wings concept design I did for them.

I did early development of a logos for this p motion picture company, but I also had a very exciting side development for it with some mechanical wings. The client wanted a modern version of some DaVinci wings that could allow man to fly, so I came up with this version that is a bit steampunk as requested.

We shot some actors in various poses and if the client was ready we would motion capture the actor and add the wings into the scene later on. They went with a simple logo, but this was a fun road to take a spin on anyhow.

PART I can be seen here.
Cheers, THOM
Posted by 3Dconceptualdesigner at 10:21 AM