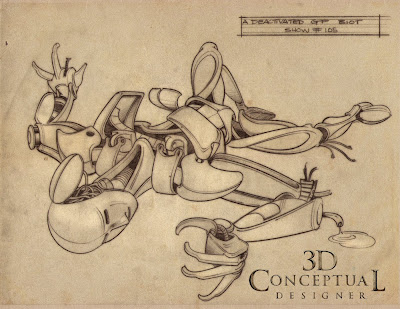 A destroyed B.I.O.T. Robot leaking fluids all over the place. 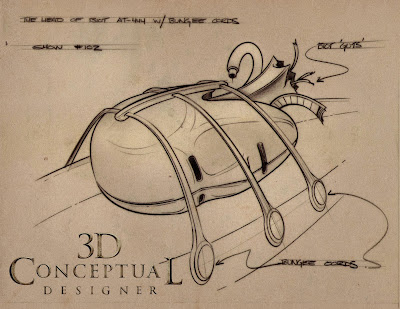 A B.I.O. T. Head decapitated and being transported to a Lab on the back of a Hypercycle with cords. 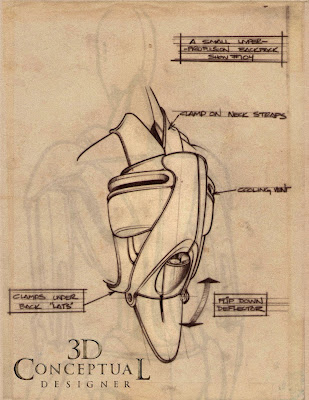 A clamp on Jet Pack for a basic B.I.O.T. Robot from the series. 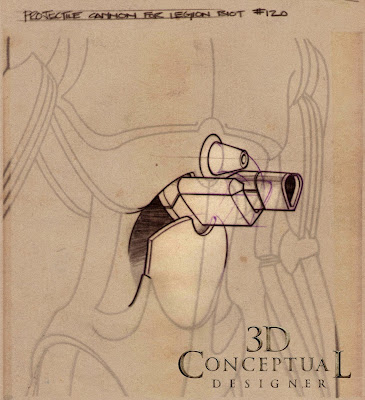 In this 34th post on the Phantom 2040 TV Animation series I worked on in the early 90's , here I have posted some B.I.O.T. sketches for various states e find them.

Since I designed the BIOTS inside and out I had to "tear" them apart and destroy them for the various shows so I needed to show the guts inside as to what would be found. I also designed some props for them as well as they would put on a jet pack as seen above or the special Legion X3 BIOT would open up to reveal a chest cannon so that needed detailing for the animators in South Korea to accurately portray.
Cheers, THOM
Posted by 3Dconceptualdesigner at 9:35 AM