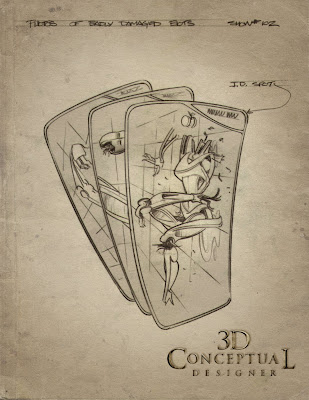 Some "Tall and Thin" Photographs of destroyed BIOT's. 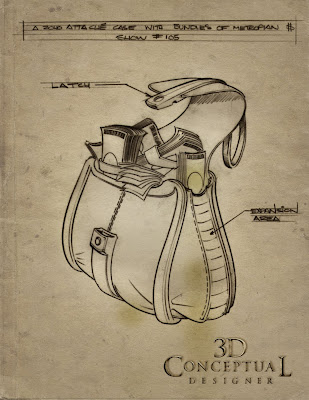 A case filled with cash Prop Design sketch from the series. 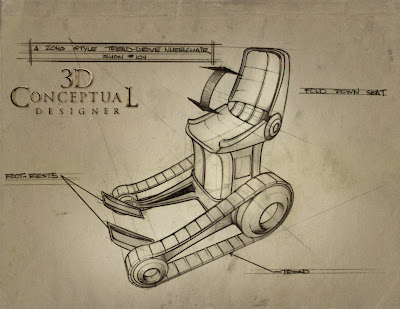 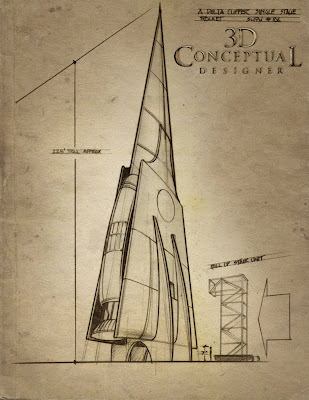 A Rocket used my Maximum Inc to visit Sean-One up in Space. The Phantom usually carried six-shooters but those were banned so we did "Smart Guns" instead for 2040.
Phantom 2040-PART XXXV
Various Prop Design Sketches
Client: Hearst Animation Productions.
Art Director: Myself.
Project Date Spring 1993.

In this 35th post on the Phantom 2040 TV Animation series I worked on in the early 90's , here I have posted a variety of sketches for various props used in the first and second season on The Phantom 2040 Television series.

What I loved about being both the Art Director and Conceptual Designer on the series is I was able to craft the overall look of the show, as well as take part in a large amount of the designs that were needed to populate an entire world. My inspiration was Syd Mead and how he handled Blade Runner, designing everything from the city to the clothes to the technology that was used and even fonts and graphics. A whole package of design, SUPER FUN!
Cheers, THOM
Posted by 3Dconceptualdesigner at 10:58 AM