Style Frames from the intro animation of the Courtroom. 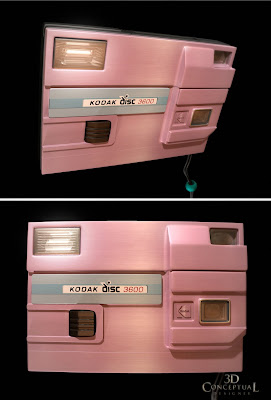 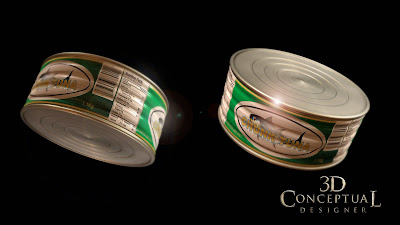 A Tuna can used in the film.

Courtroom props for animation in the menu.

I had 10 Hrs budgeted to design and build out the actual courtroom from the hit 1992 "My Cousin Vinny", as well as the props for the menu. I found a website where someone had photographed the restoration of the interior used which was at a different location then the exterior shots.

I did a test animation with some style frames above, as well as a few key props from the film. The pink disc camera that Marisa Tomei uses and the can of Tuna has a role in the film as well. I also did a few Courtroom pieces that we were going to animate in the menu. Sadly the concept was abandoned.
Cheers, THOM
Posted by 3Dconceptualdesigner at 11:15 AM