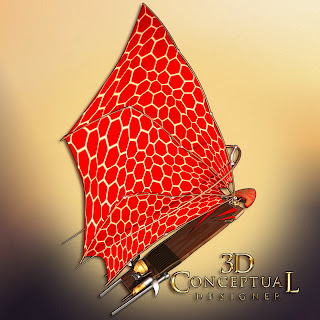 The main 3D posed shot I created for the Poster Idea presentations back in 2002 for Disneys Treasure Planet. 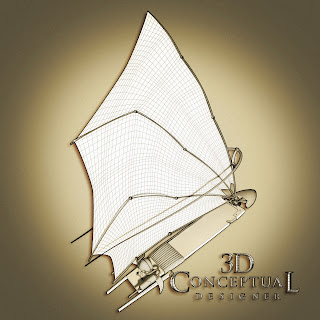 Here is the 3D wire-frame shot of the model I built in the pose from above. 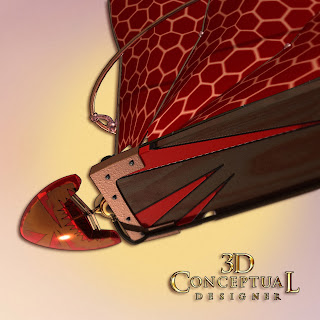 An under the board shot[ It flys!]
NOTE: The low rez texture I made, I learned to build much higher versions over the last dozen years. 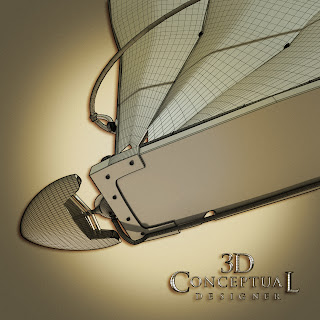 The wire frame shows the details I made even underneath the prop. 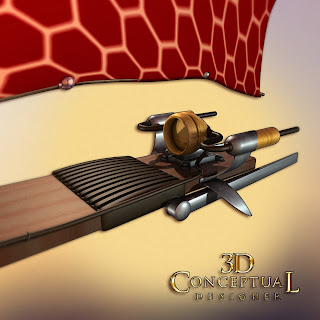 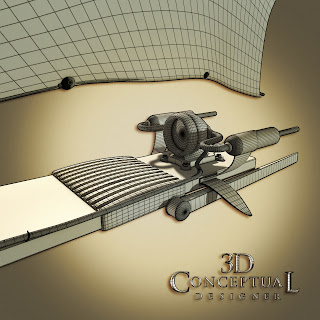 The 3D wireframe render for the above. 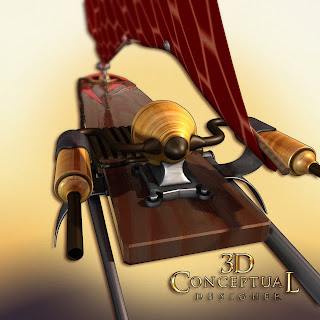 A back view of the Treasure Planet prop with the engines off. 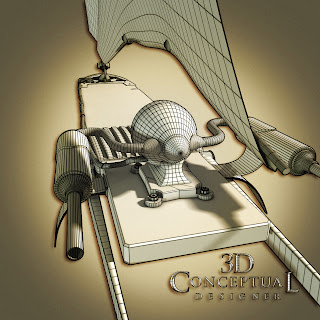 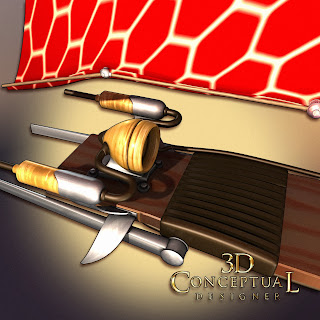 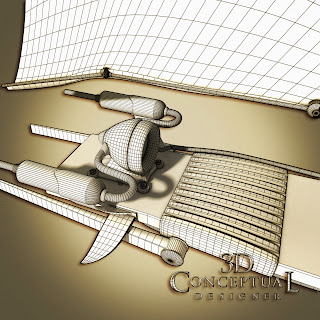 I built this Pre-Quads, as I was still practicing the technique a dozen years back now. 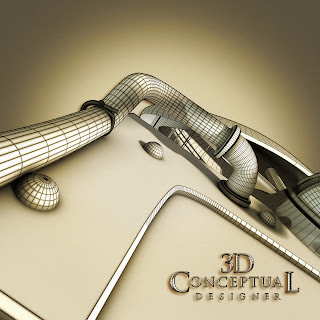 I created all the wire clips and rivets with zip-tie knots and beveled edges for good highlights. 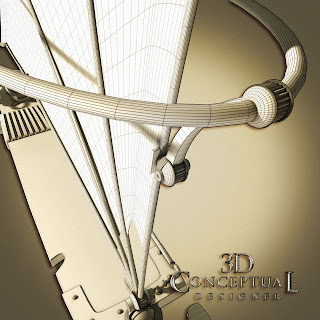 The Handrail bar details up front on the flying board from Treasure Planet from back in 2002.


For my second posting here covering the 3D design and 3D Illustration work I performed for the Theatrical Print Advertising for the Disney film, Treasure Planet today I cover more in depth the main flying para sail space board from the film that I was asked to recreate for the comp ideas we presented.

Often I reverse engineer out a prop from a film or animation that is either not fully done and available or is just locked off to a our access, so I remake the item. Also I usually only get a single JPG that tends to be a low rez shot to make it from and in this case, that was what I had to build from.

I also get a day or less for these type of things, knowing full well the film prop was build by a team with much more time.

I jumped right in, and  recreated all the various parts and matched the pose to fit a character sketch we did in-house to sell the comp idea to the client. A fun project, and copying anothers designs in 3D always stretch your design capabilities, as you end up doing things outside your own form study.

You can review PART I here that is an overview of the various props I made.