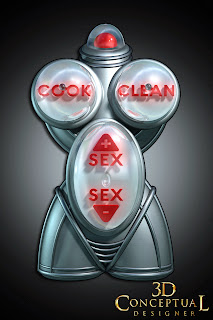 The final render used was this front view on the Remote Control I designed out for the Key Art for the remake of The Stepford Wives. 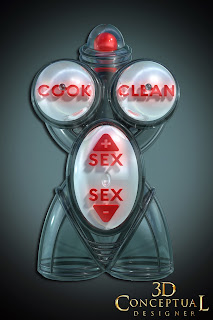 A render in all glass like the PPK I did around the same time @ BLT. 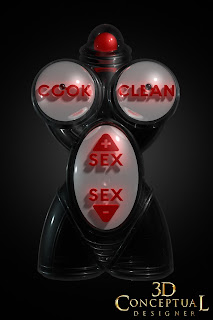 A glass version rendered now on a black environment was a darker version of the above concept. 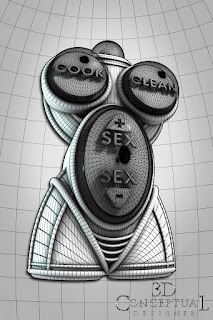 Here are the wires[ Pre-Quads]. I used N-powers Power Solids for many of these parts. 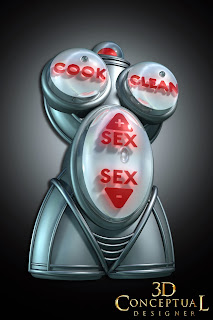 A lower angle looking up. 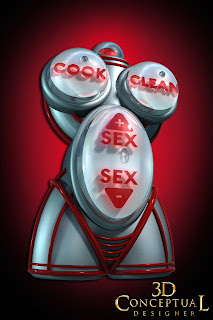 An alternate version with the stylized garters and lingerie in red. 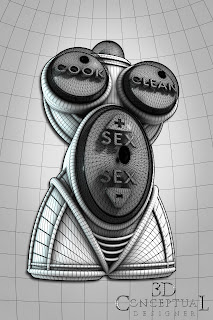 Here are the wires in this angle. 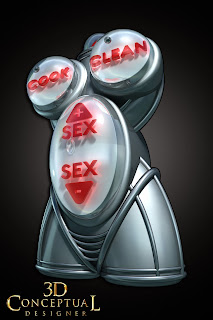 Another angle on the final version of the "sexy" remote control from the Stepford Wives. 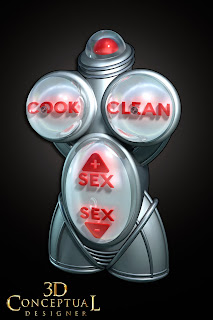 A raised 3/4 front/side view on the final remote.

When I was in-house at BLT running the 3D Design Department from 200-2003, I was tasked with a fun One Sheet concept for the remake of the film, The Stepford Wives back in 2003.

They wanted was a remote control design that was a bit sexy, with just a few buttons to show the chauvinistic side of the concept with a simple, cook, clean and a sex button. I designed out the remote around the proportions of a female torso that is stylized but clearly evident.

I rendered it out in a tech metal material with glass buttons lit internally, as well as in glass. I also did a few color alts. The remote design included some garter belts and lingerie styled metal trim that I varied the colors on as well.

When it was implemented in the print work, the 'gag' was that the sex button plus "+" area was worn out from pressing in all the time, and this was done in Photoshop by the art directors who used the asset in the presentation.

A fun fast 6 Hr gig to design, build, light, texture, and render out.

Cheers, THOM
Posted by 3Dconceptualdesigner at 8:36 AM