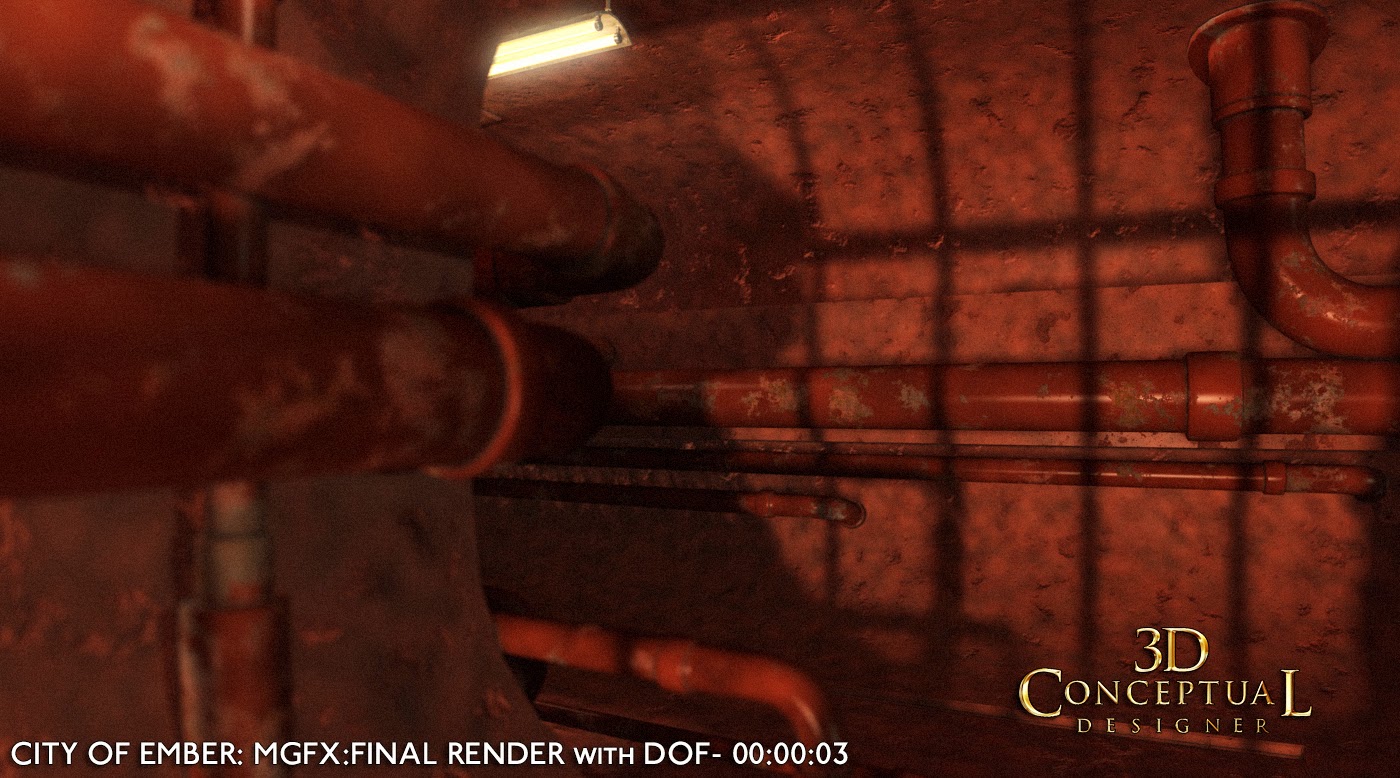 A 24 frame MGFX[ Motion-Graphics] 3D Animated Card, Built for the TV spots for The City of Ember back in 2008, this is early in the little 3D move. 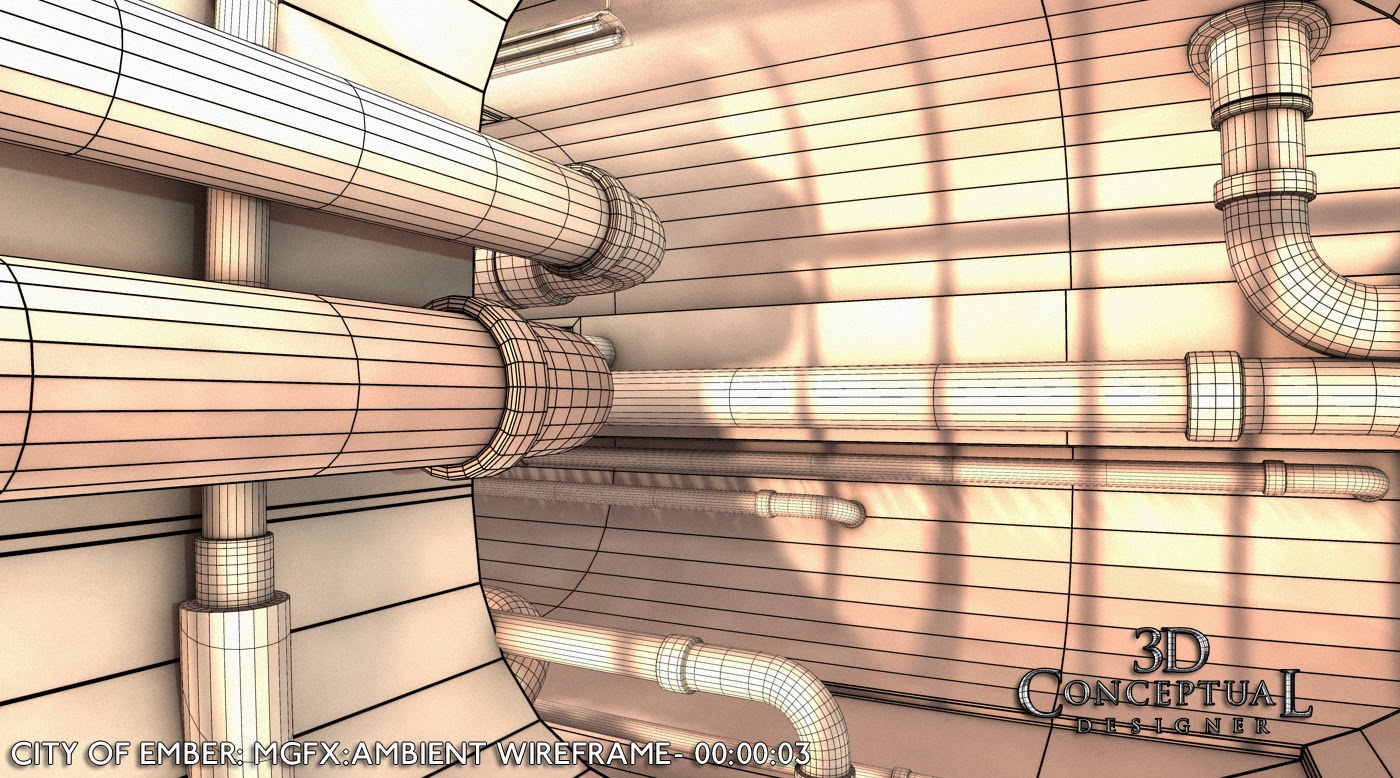 The same frame rendered out as a wireframe to show the simplicity of this build. 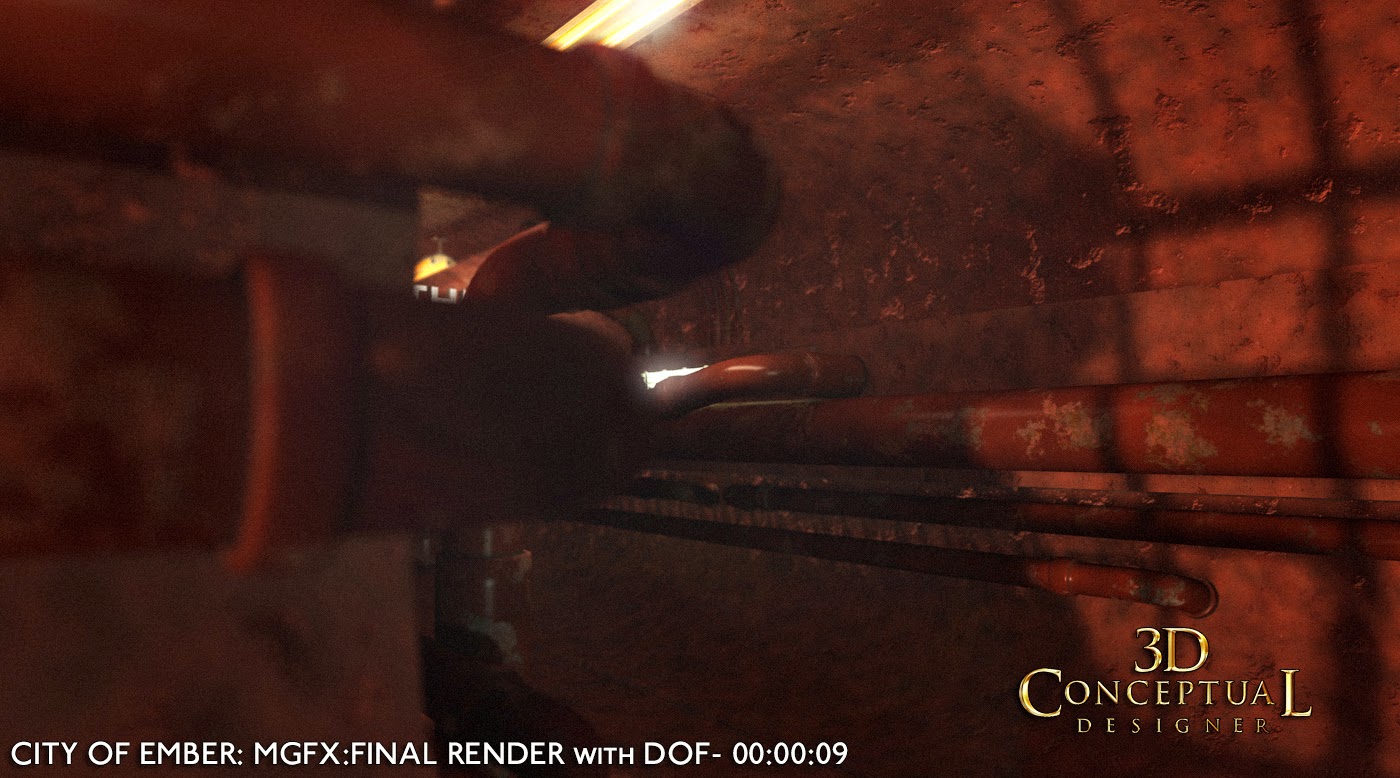 Frame 9 we are almost around the corner already in this 3D rendered frame. 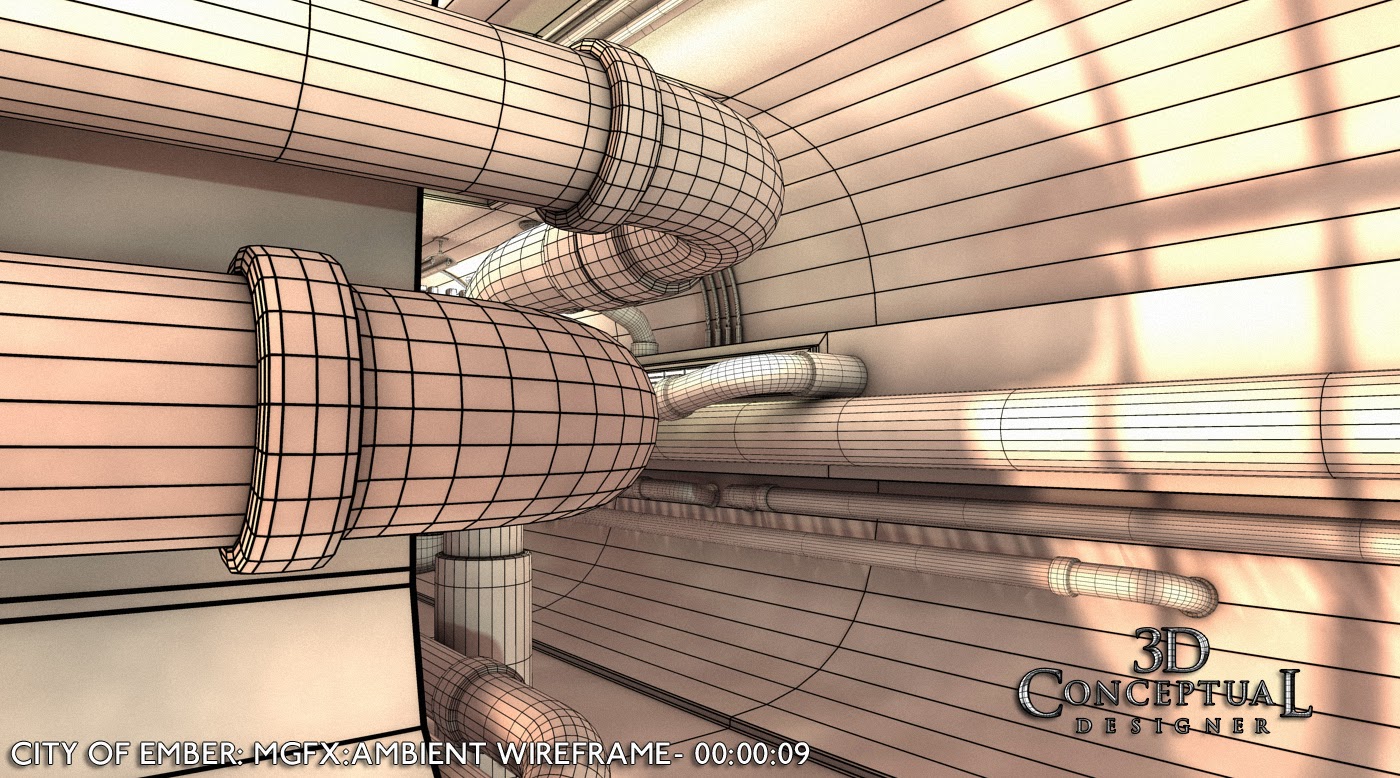 The Ambient Occlusion render of that frame with wireframe OL. 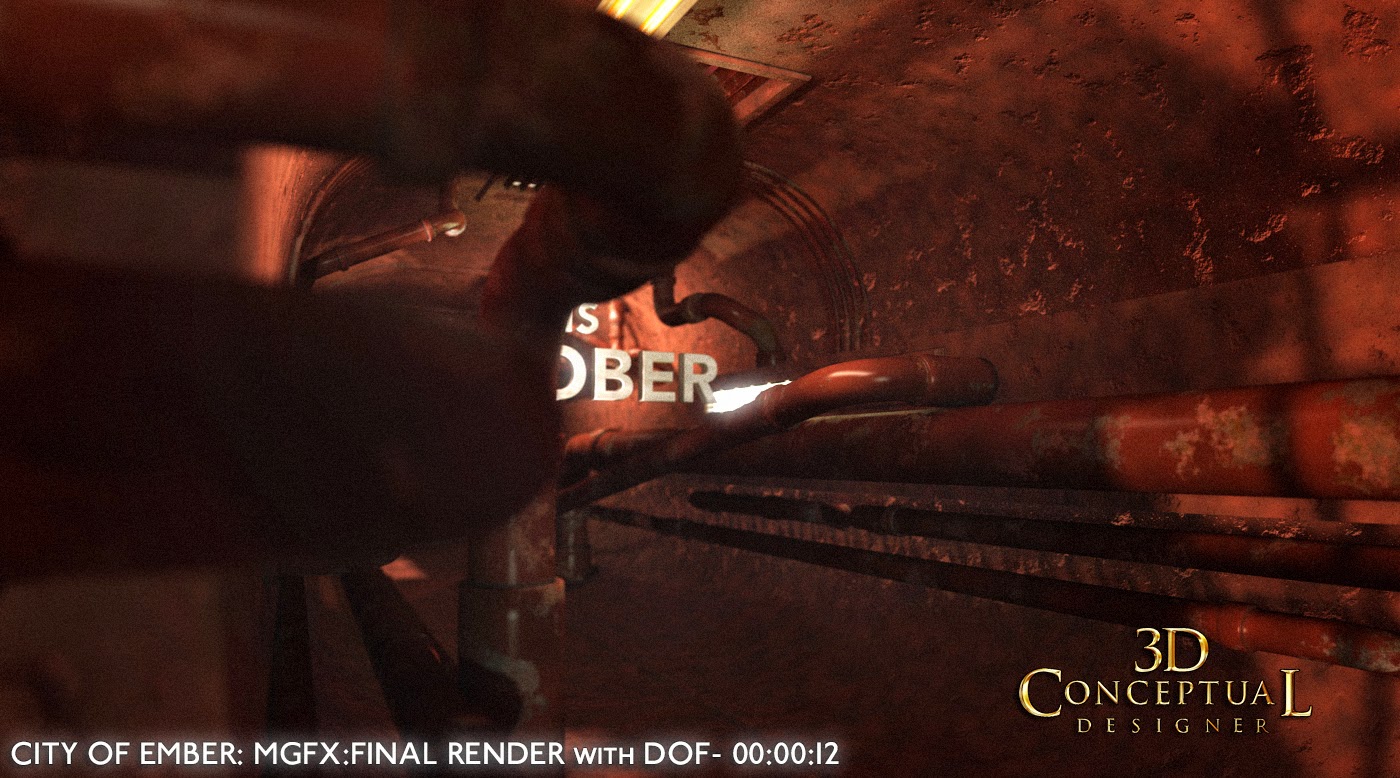 As we peek around the corner we see the Date Card. The DOF[ Depth of Field ] keeps the eye out front. 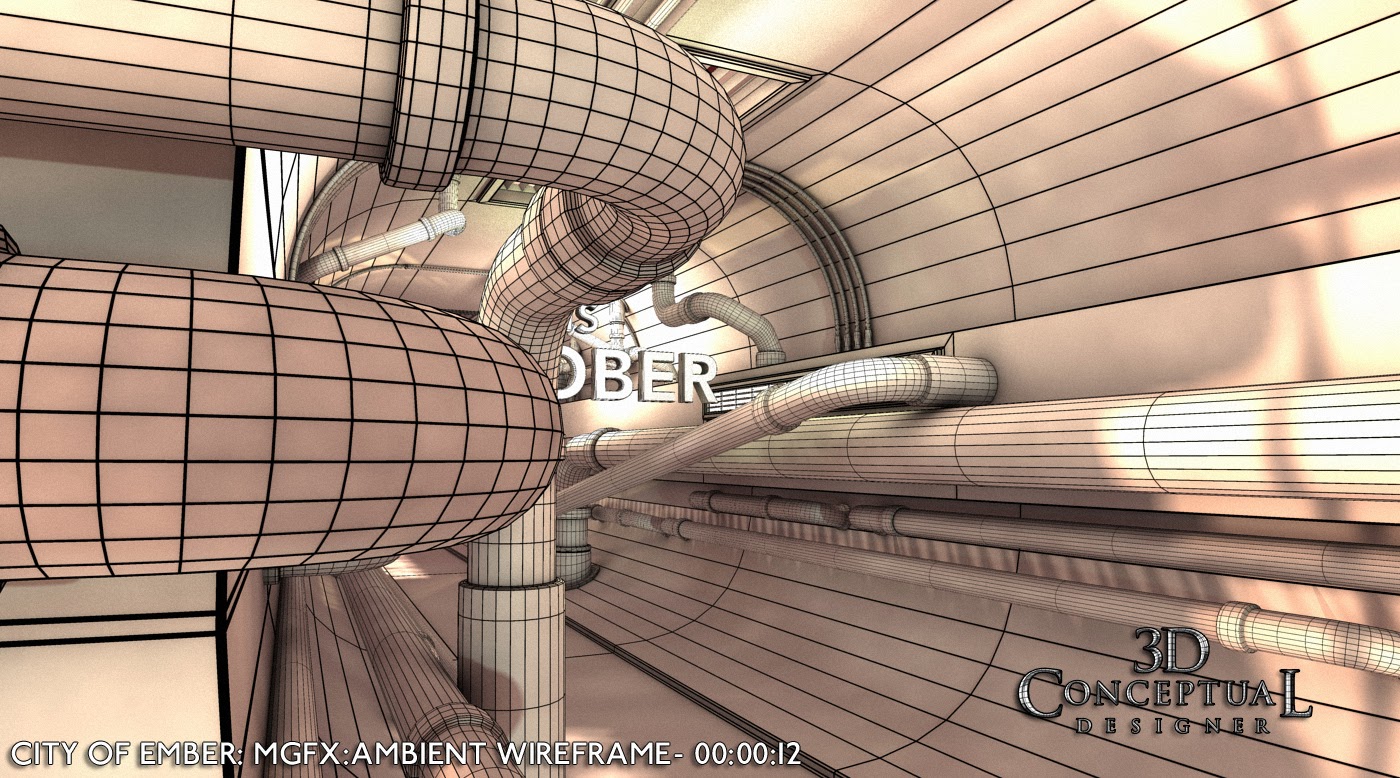 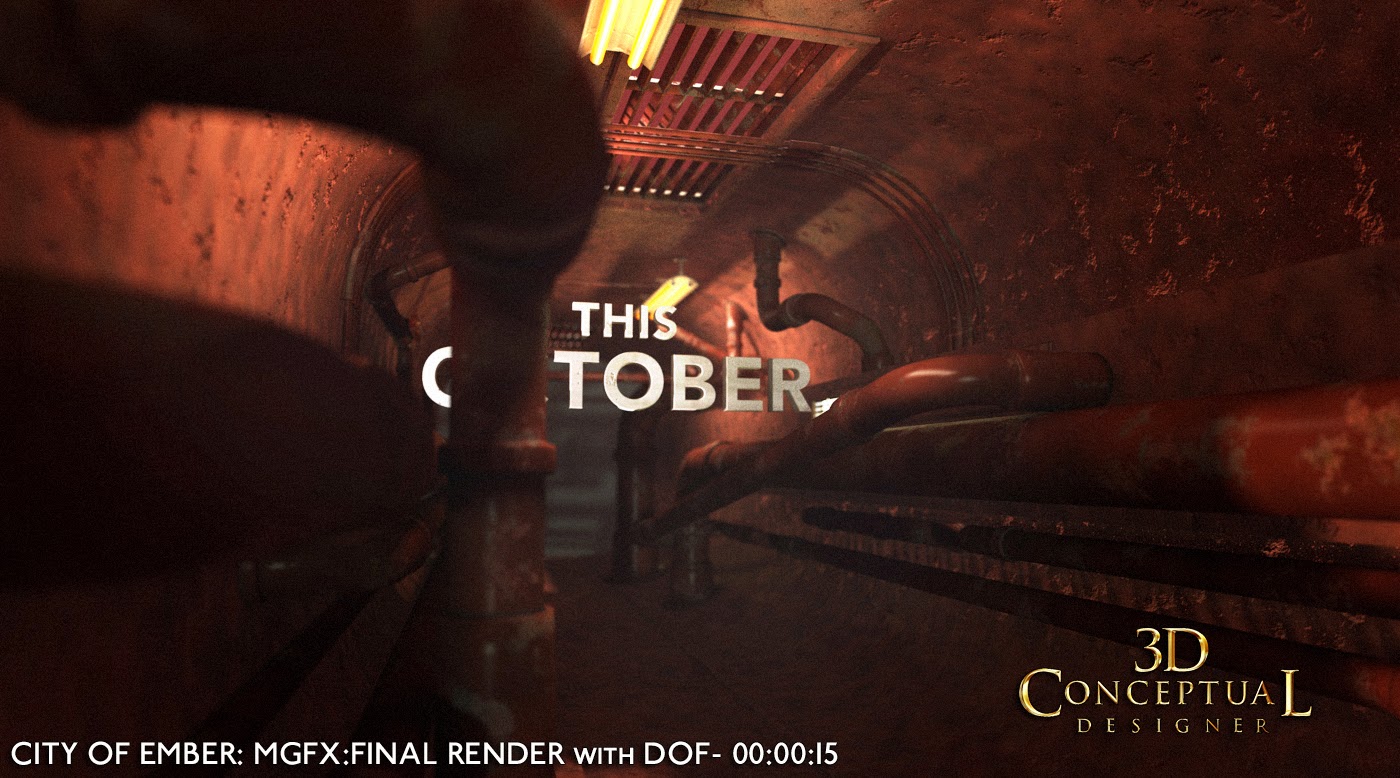 We have slid around the corner and are approaching center in the last leg of this 3D Camera move. 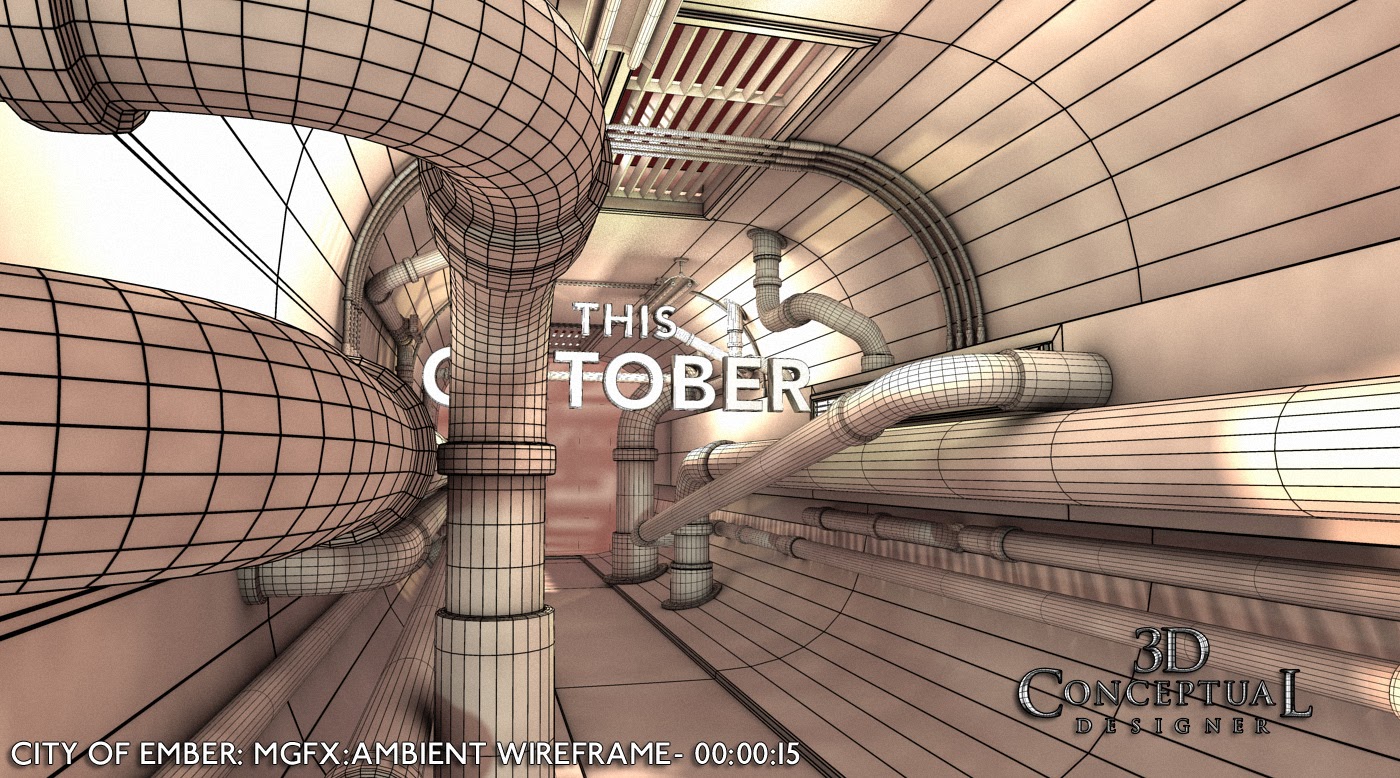 The Wire frame render of this simple 3D build. 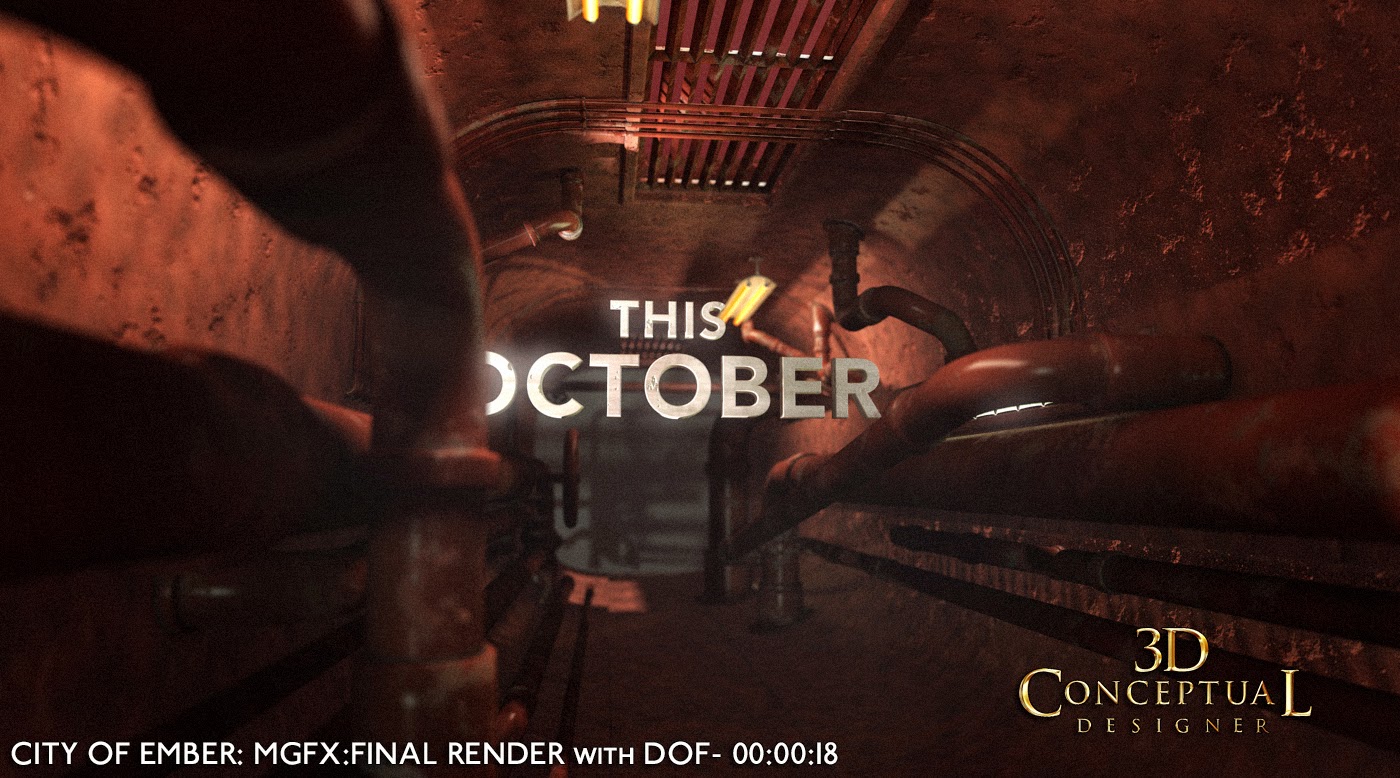 We face the card and slowly approach. 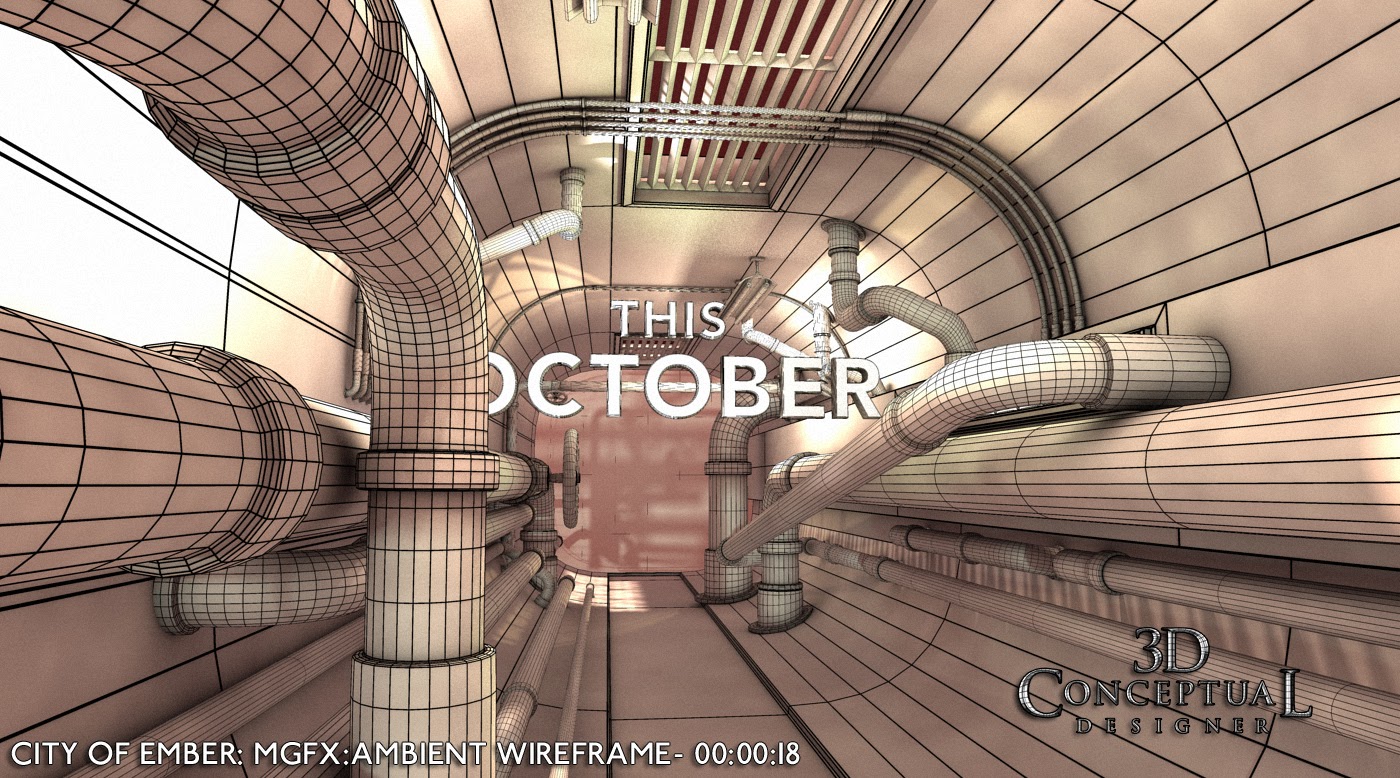 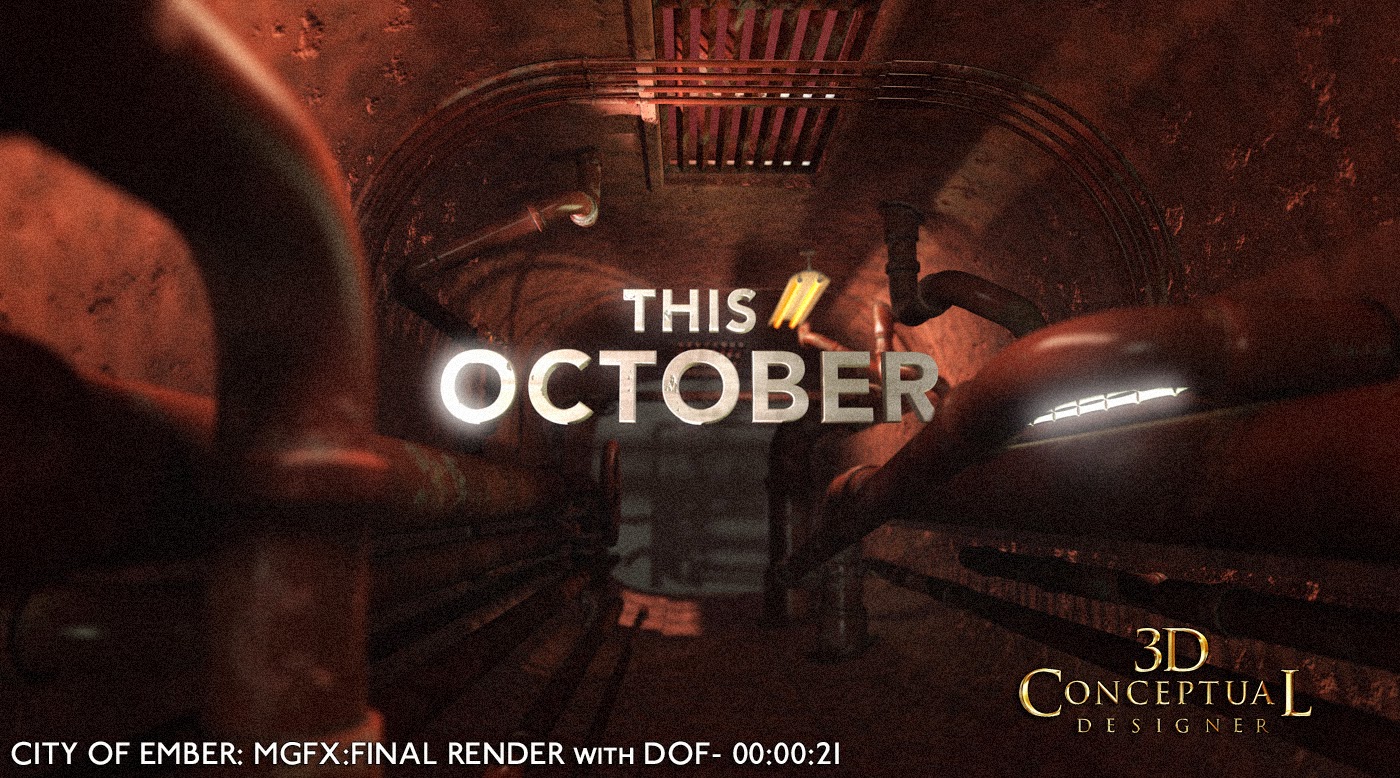 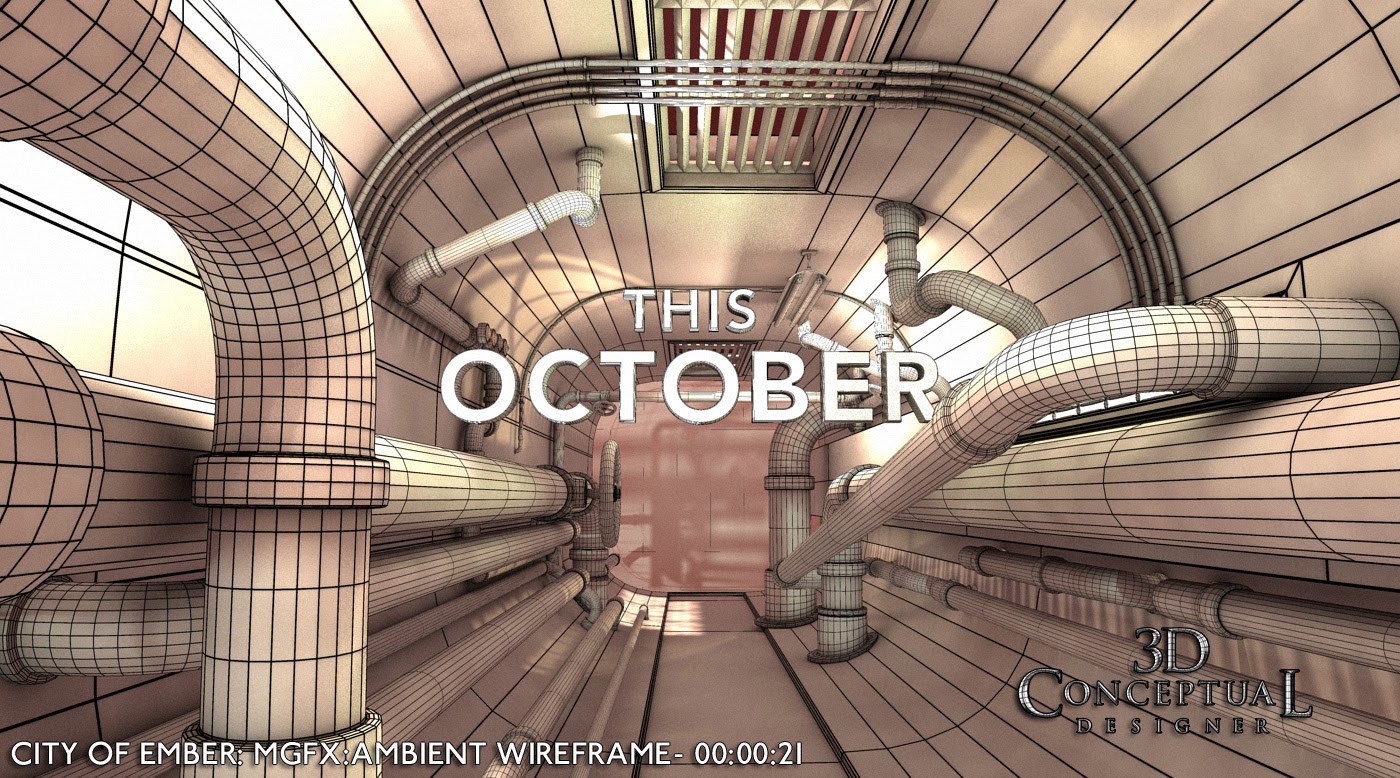 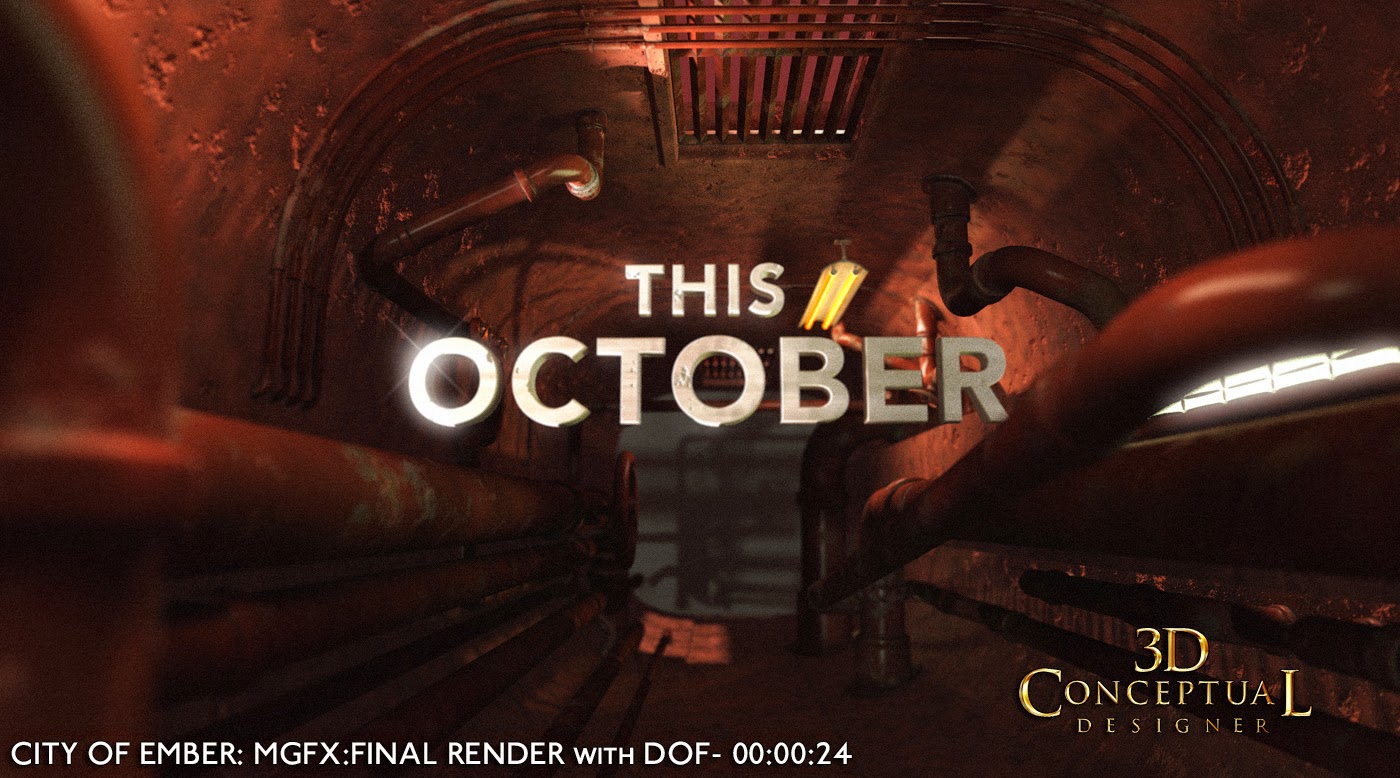 The final seated 3D Date Card done for the TV spots for City of Ember. 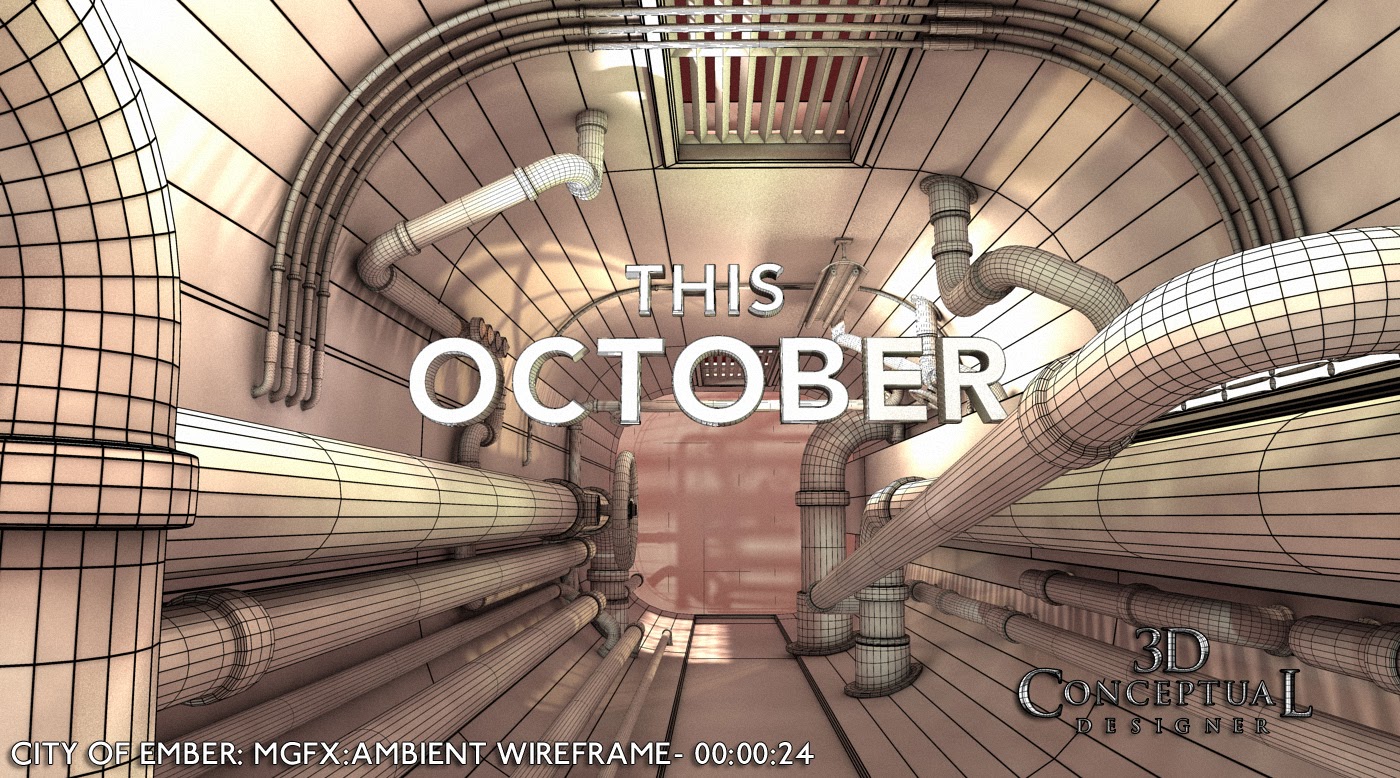 The Wire frame overlay render of the seated end frame of this 3D Animation. 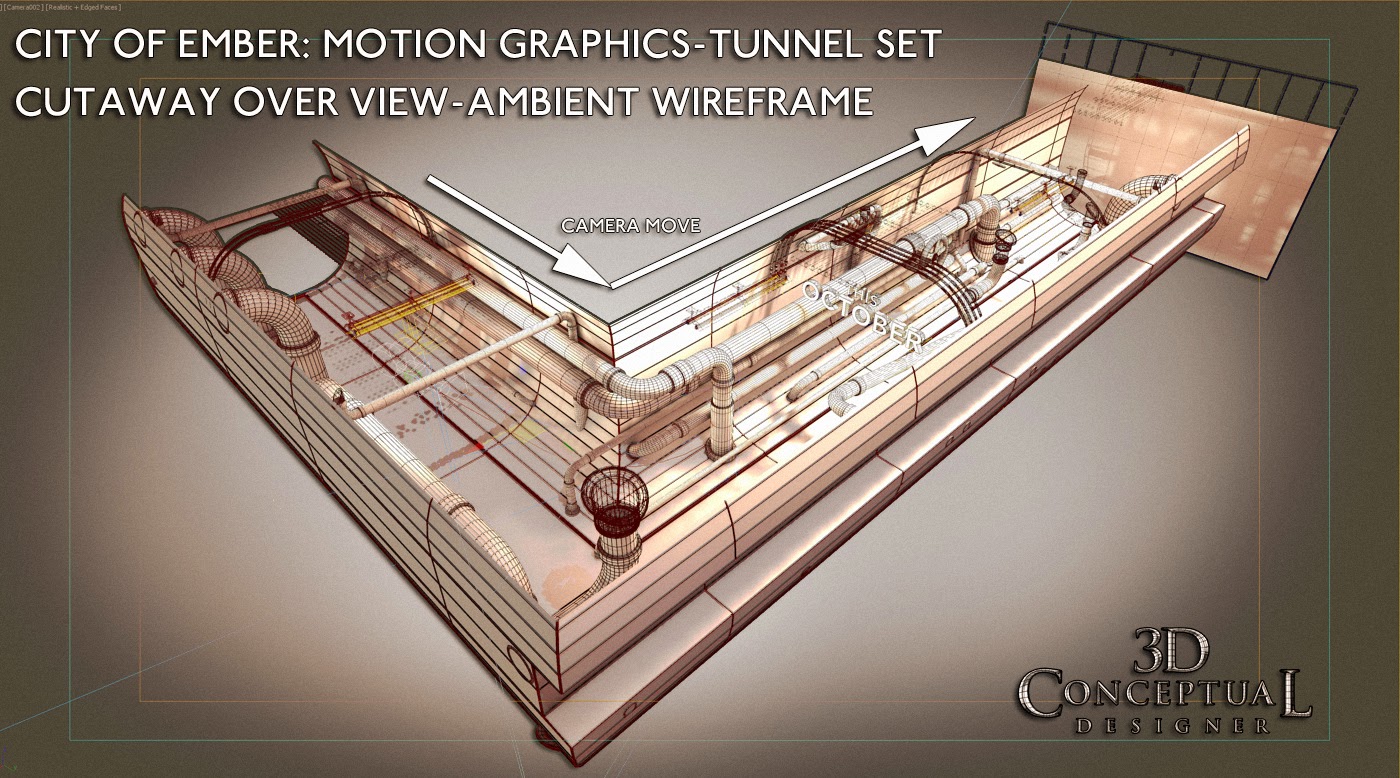 A Birds-eye over view of the tunnel build with the roof cut away in 3D to showcase the small Virtual Set I designed and rendered for the pitch.


For the AV [ audio visual] trailer campaign for the film The City of Ember, I was asked to create a generic tunnel similar to a screen shot we had for the film, so off I went to work.

This client was one that usually went simple 2D white on black so we did have our own expectations very high that they would go for a more artful direction, but we were asked to explore anyways.

I had locked in a look for a glowing filament type of neon look for the titles that can be reviewed in Part I here. and they wanted a second internal card set for the TV ads that would match the red metal tunnels found in a few scenes of the film.

I experimented with procedural textures, Depth of Filed with the camera move, and used the Cebas  dirt shader for Final Render to achieve the end result.

A fun project that was about a two day gig.

You can review the main Title 3D Neon/Glowing Filament Look I developed here.