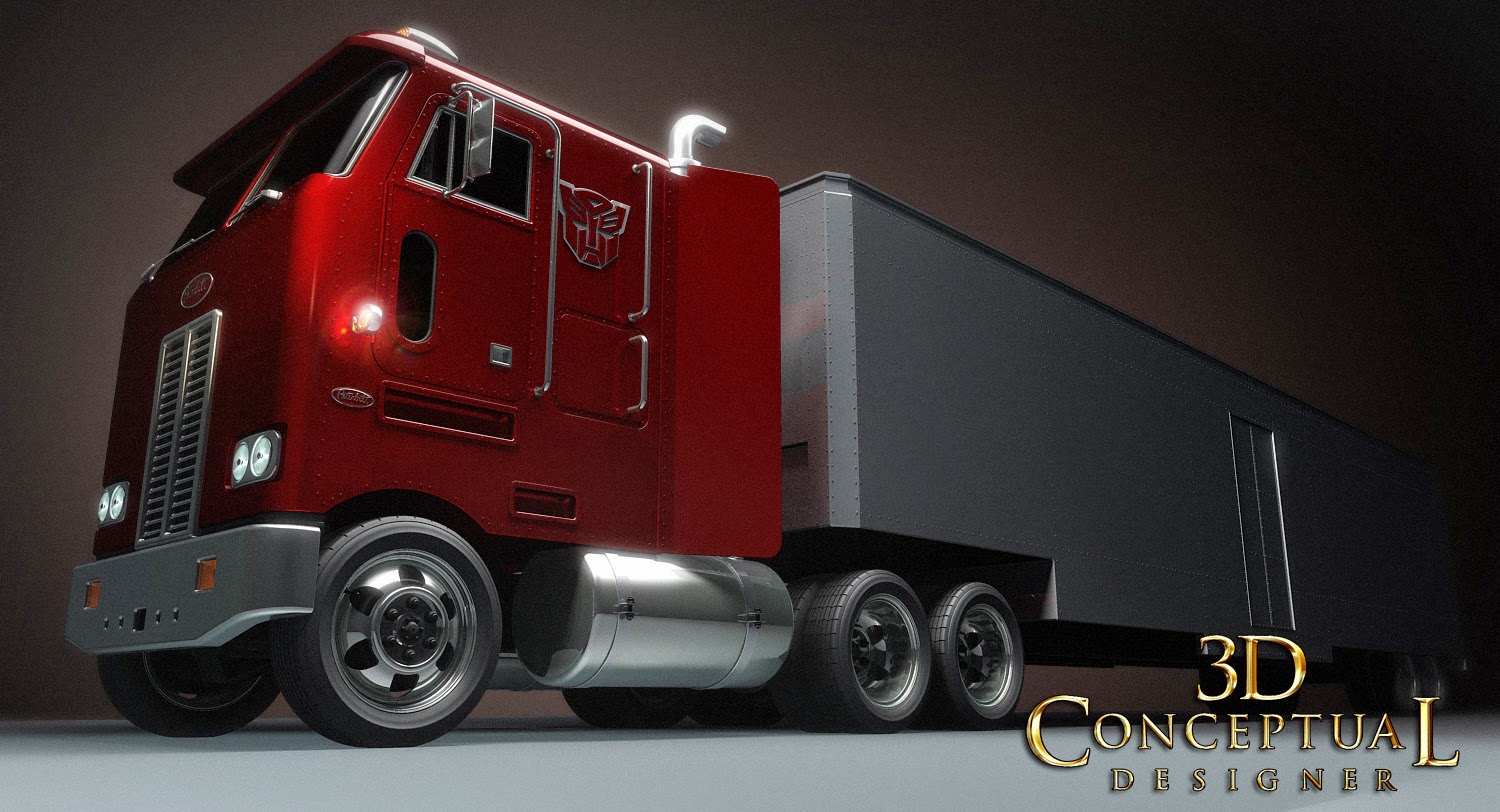 The 3D Peterbuilt truck I made for the Style framed prior to full production for the first Transformers film. I based it off the TV series and toys. 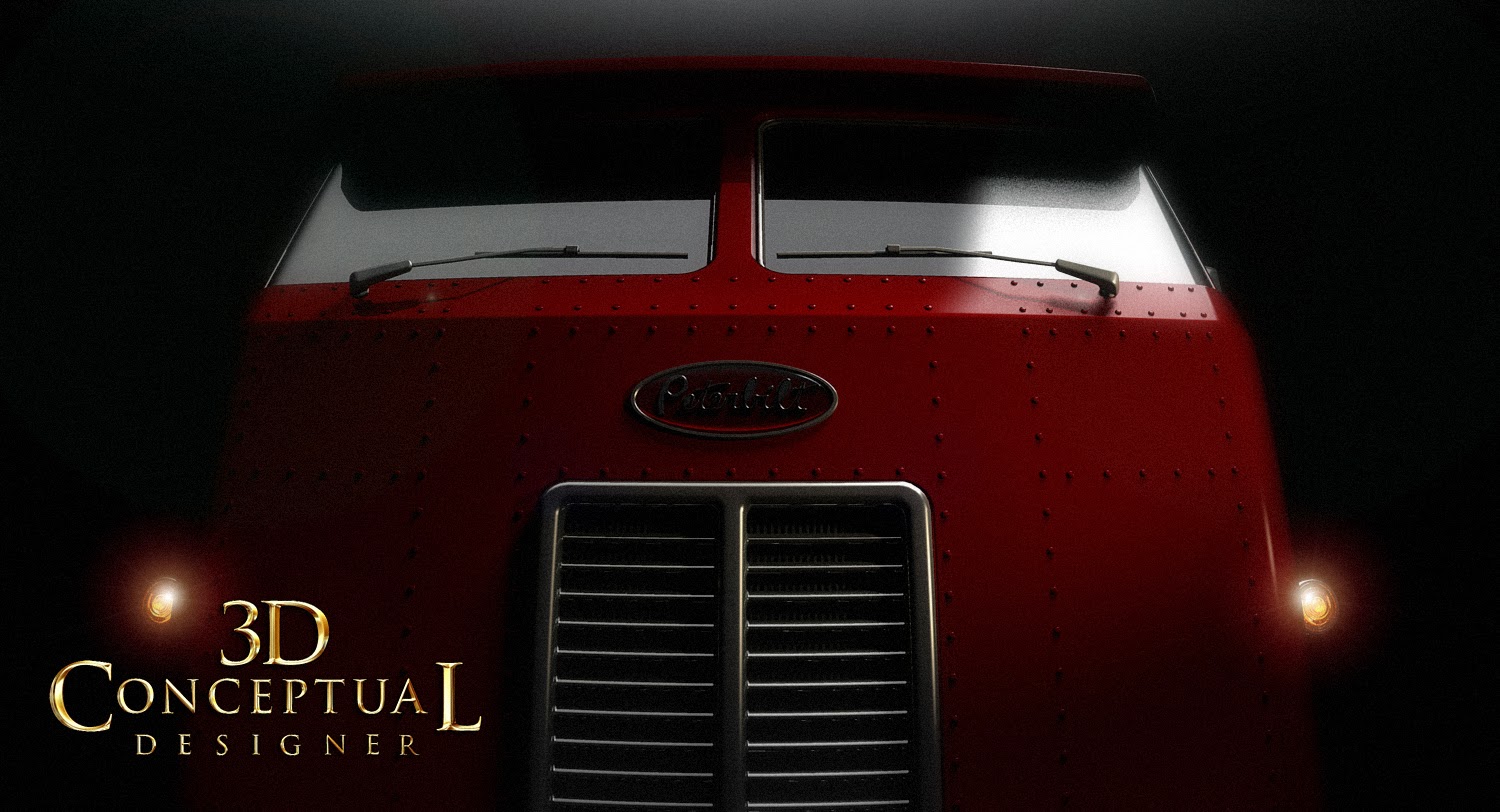 A nice nose shot. [ More shots in PART I here] 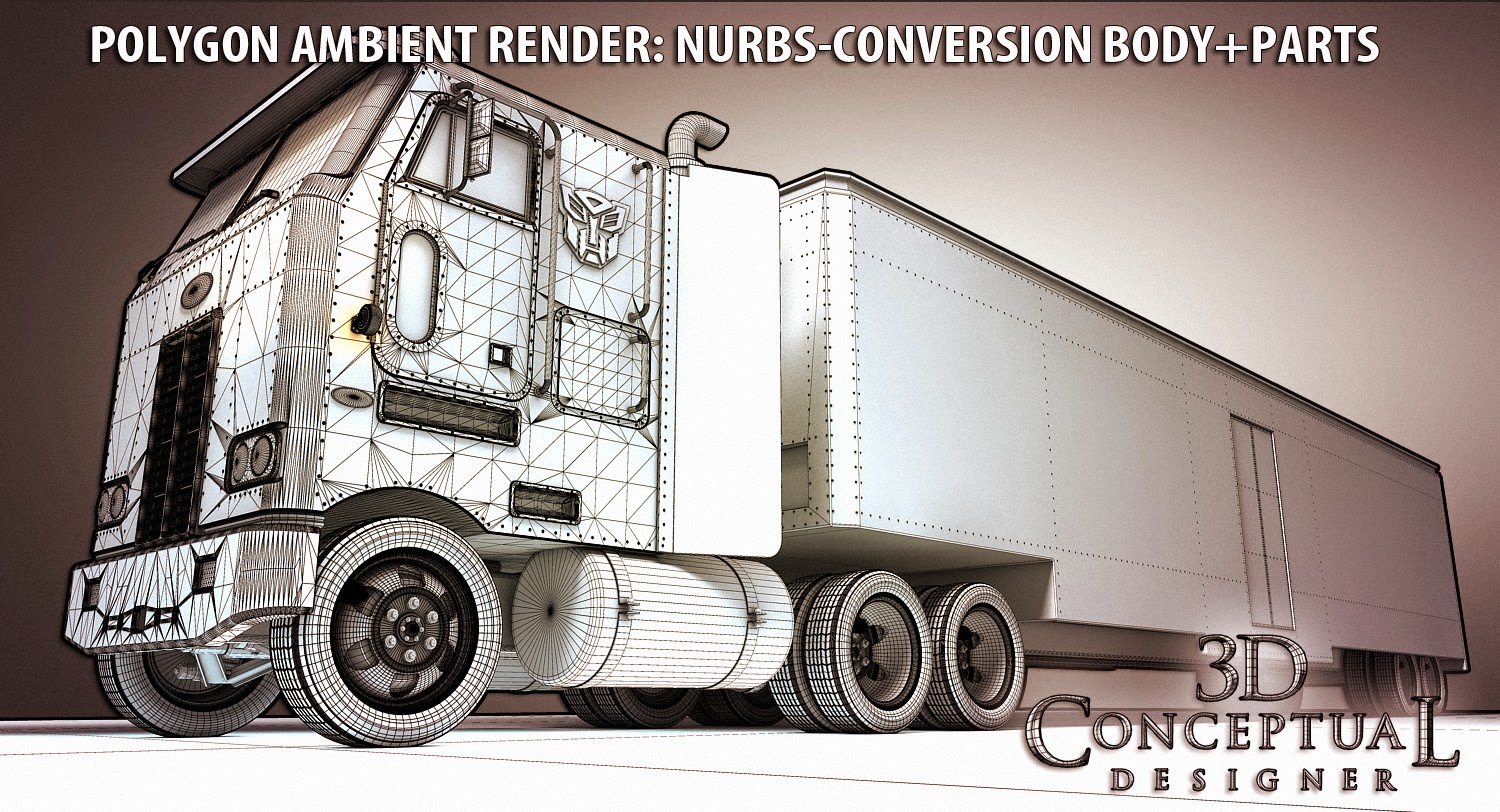 The build out with trailer as a Polygon render with wireframe OL. 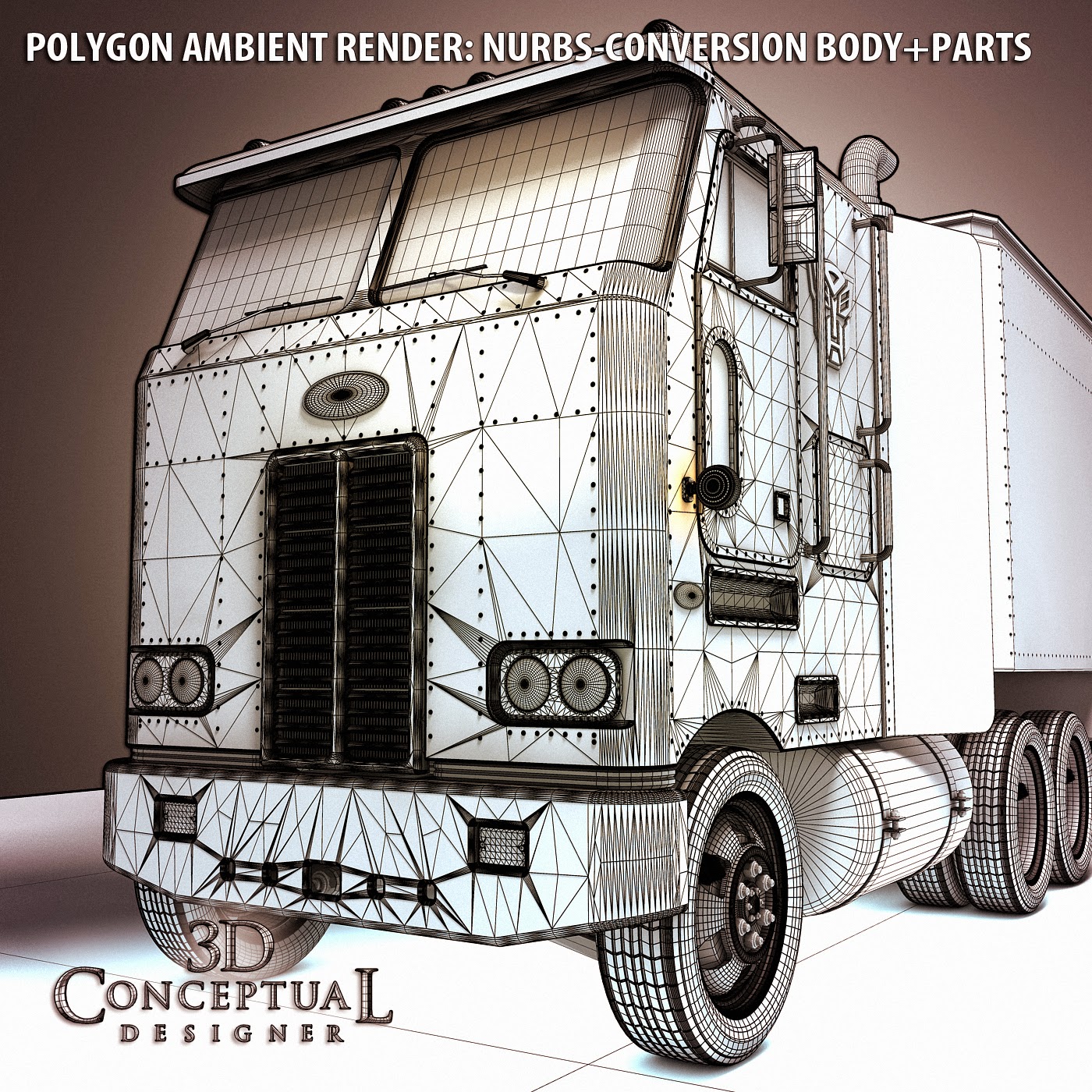 The Cab and bumpers were NURB conversion objects, as seen in the triangulation of the mesh[ Non sub-D, or Quad] 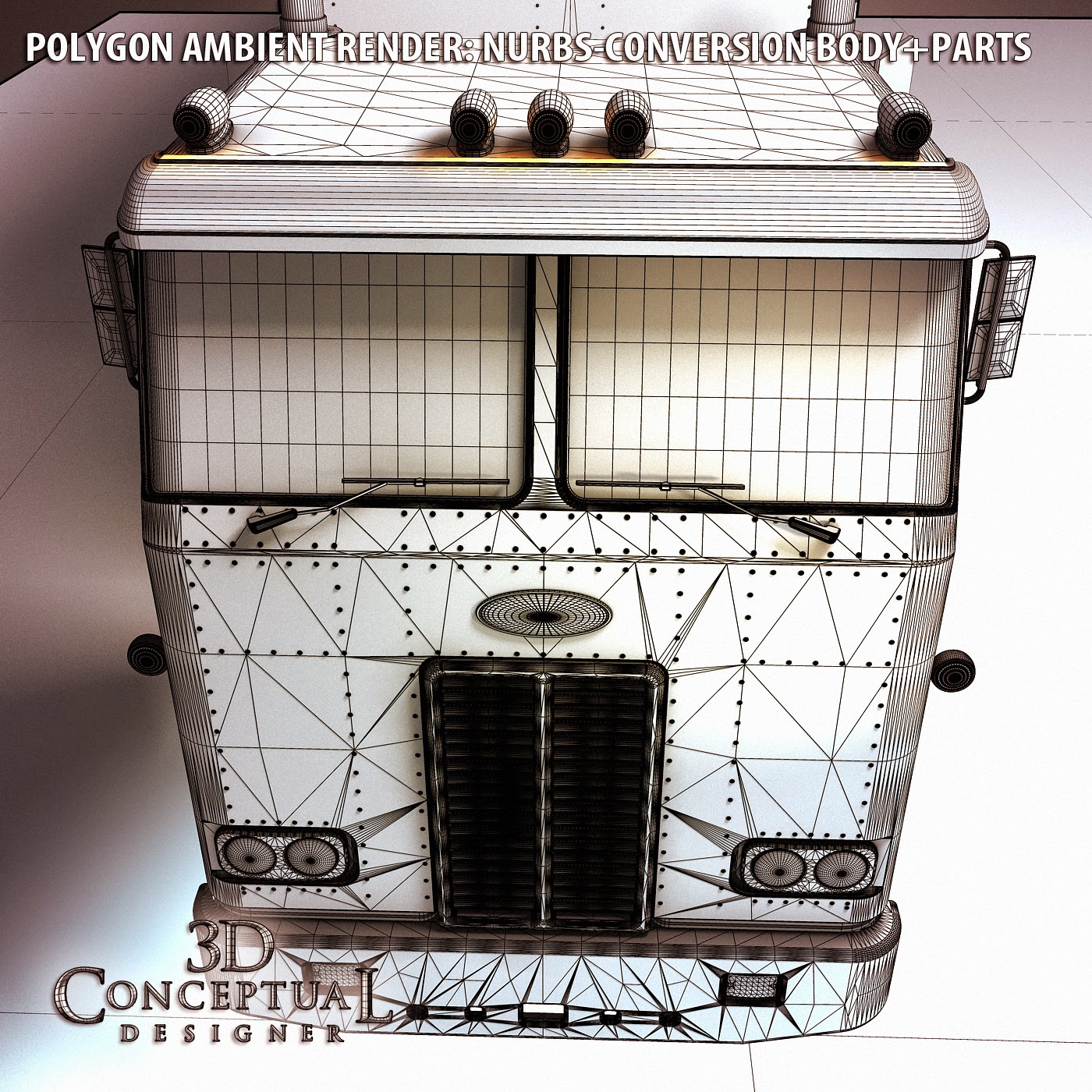 A birds Eye view down showing the visor and top lighting build out. 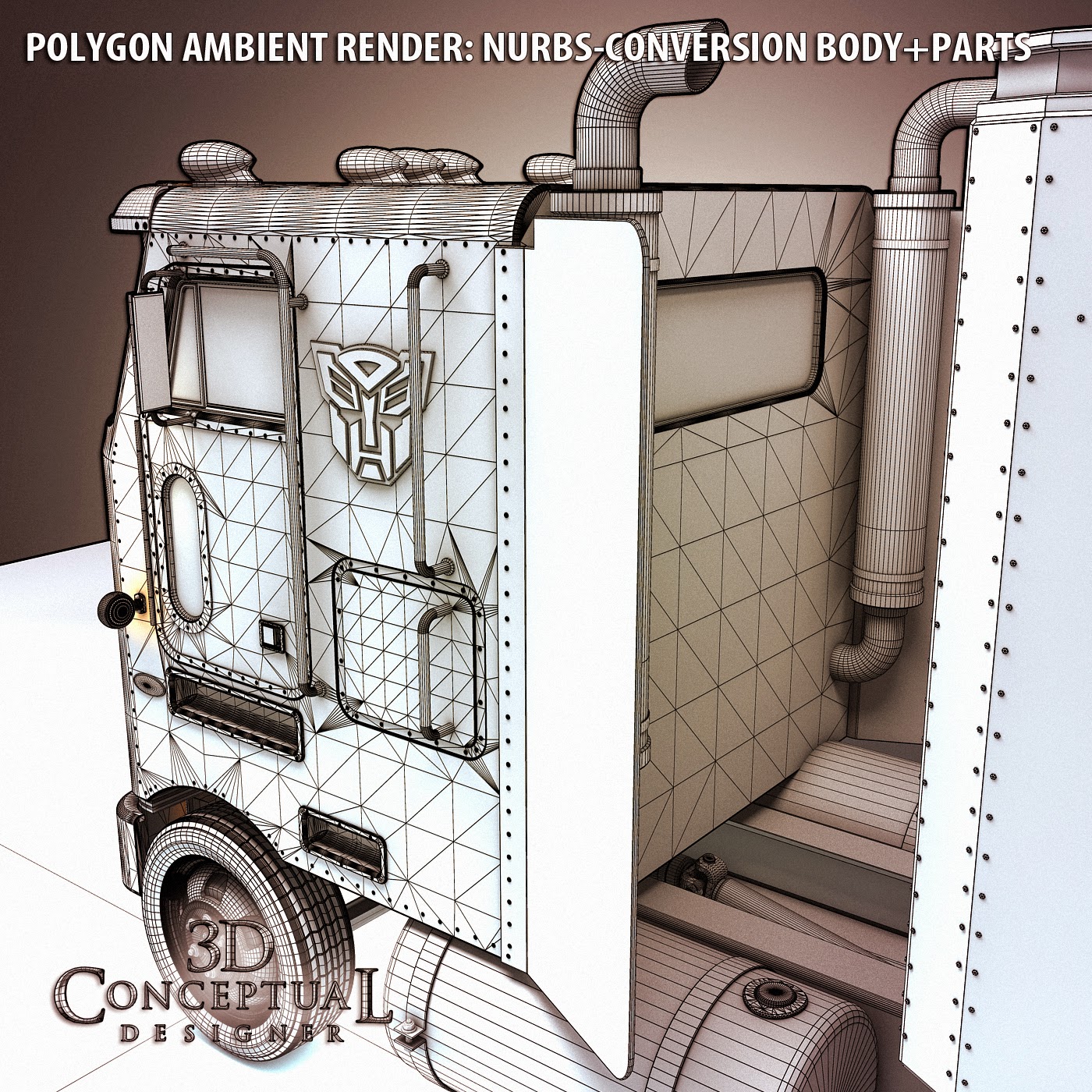 I put is some detailing behind the cab as well. 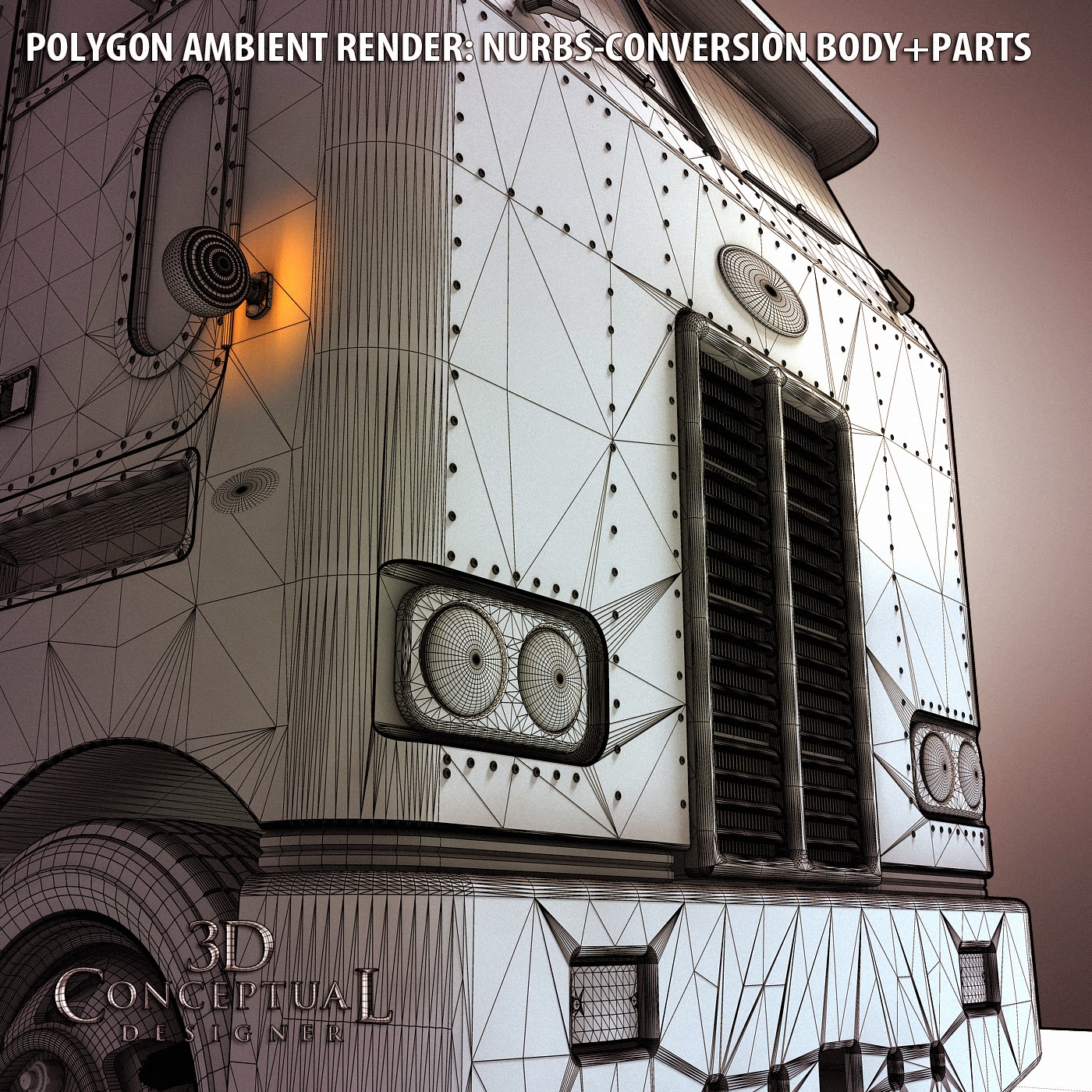 A low height ambient 3D rendered shot of the nose and passenger side door of Optimus in 3D. 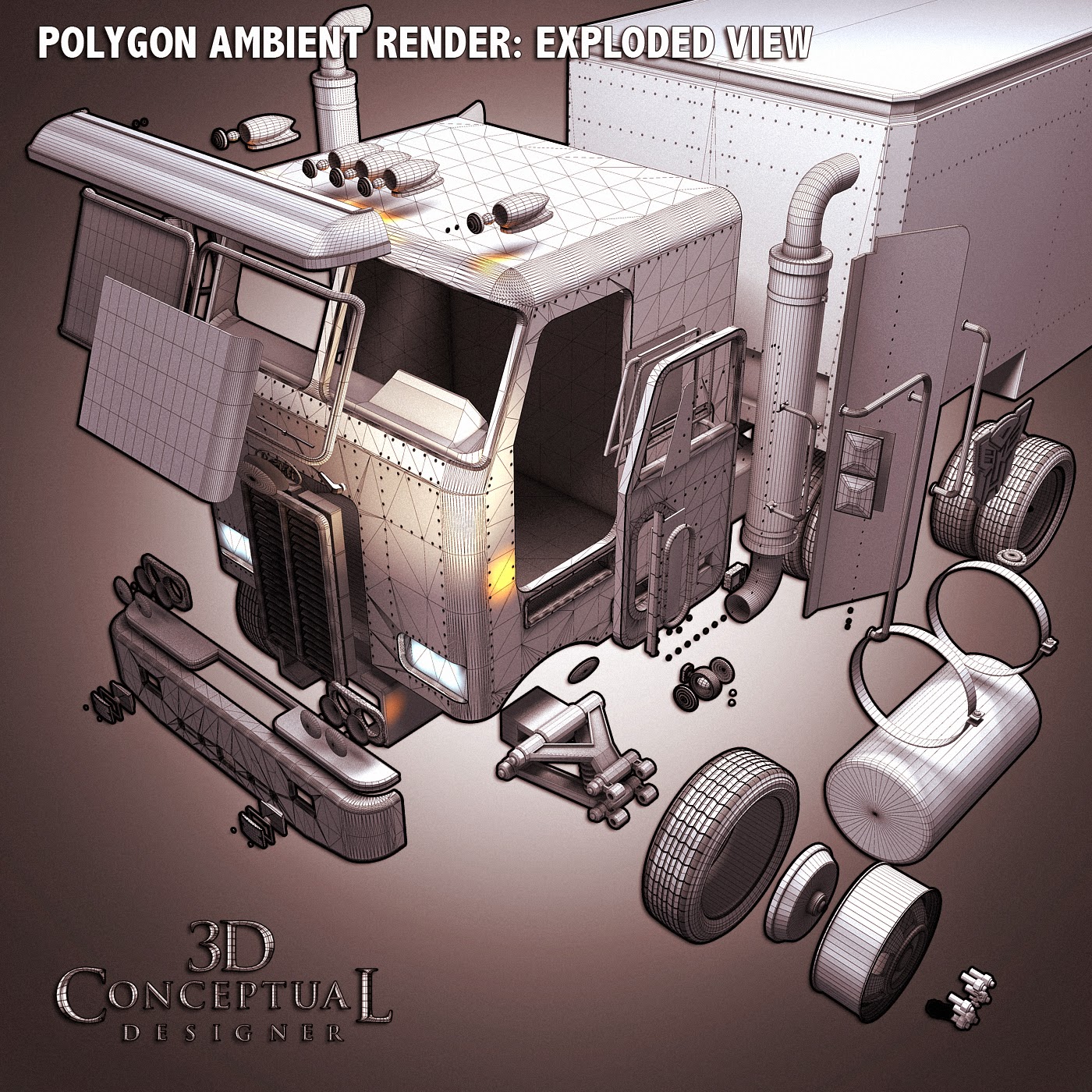 An exploded view of all the parts I hand built in 3D to create this model for the style frames. 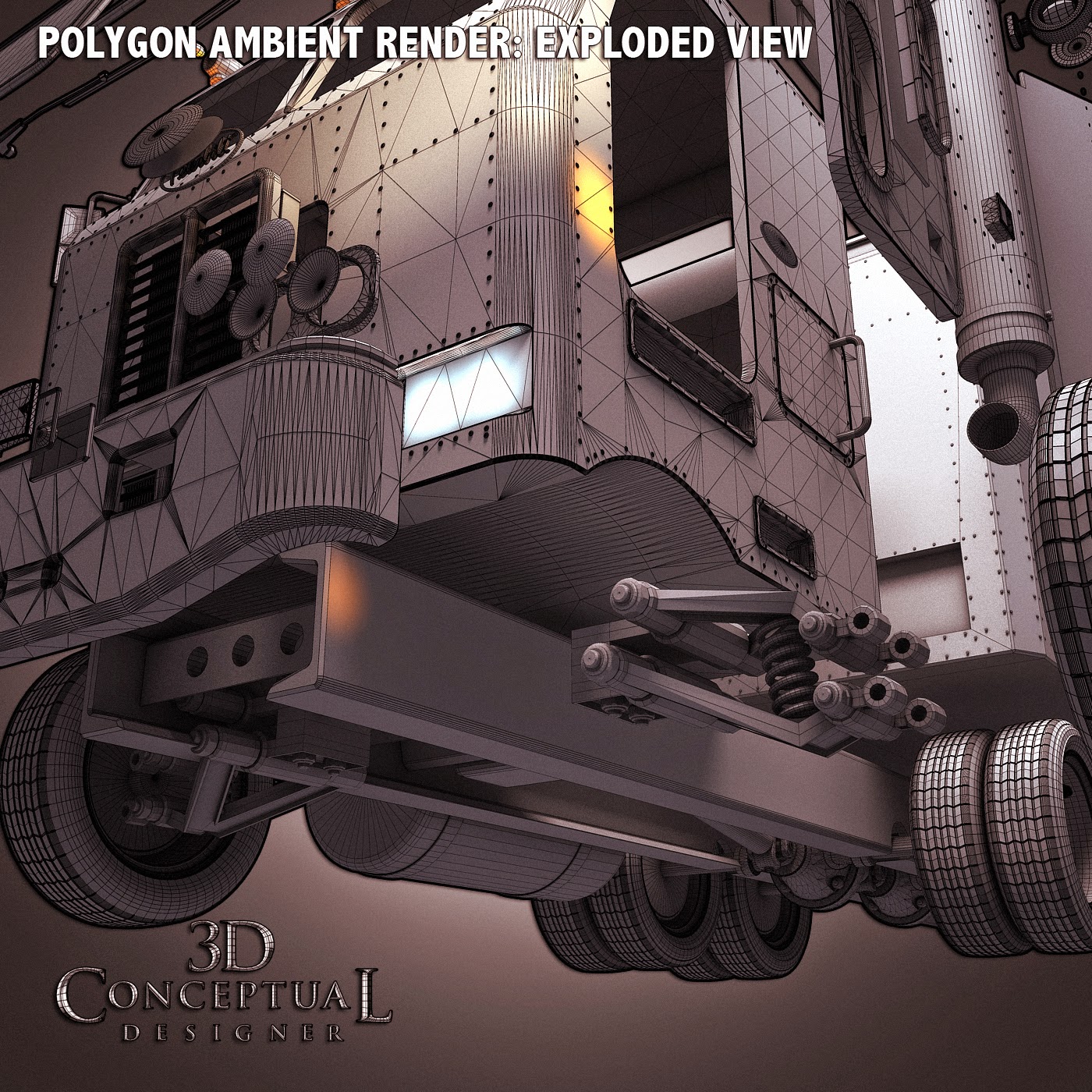 A worms eye view looking up at the exploded parts render of Optimus Prime from Transformers.


In this, my second posting for work I did for the advertising for the first Transformers film back in 2006, today I am going behind the art and focusing on the build out of the Old Peterbuilt Truck that is Optimus.

The film was in production, so we did not have any shots of the truck they were going to use, so I went with the 80's flat faced Peterbuilt design for my style frames[ seen here, here, and here].

I built this using NURBS converted to POLYS for many of the bigger parts including the main cab body. I used the Npower BREP tools at the time. I used my automotive lighting set up and rendered out a set of style frames as well as some 3D camera moves on the truck areas for a teaser trailer.

It was a fun gig, though it did not finish, I got to build a truck, which as a Transportation Design Grad I love, since any time I get to deal with wheels and a motor, this is good!

As a side, I recently saw the re-boot from 2014, and I like that they went back to the OG Peterbuilt truck at the begining of the film, and that inspired me to dig these out and post them up!

You can view PART I here a basic overview of the work I did here.