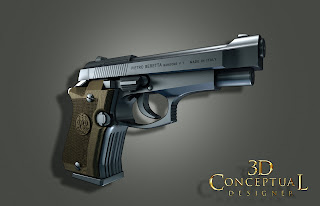 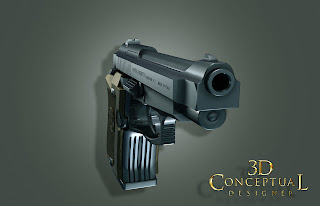 The firearm is now turned toward camera in this render. 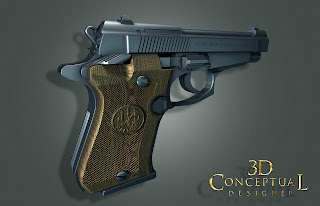 I modeled the checkerboards and cut them into the grip so that is modeled not a bump-fake. 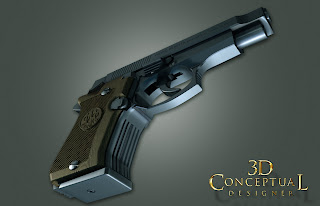 A works-eye shows the clip in place, as this was a 360 spin model with about 70% X-Ray inside workings as well. 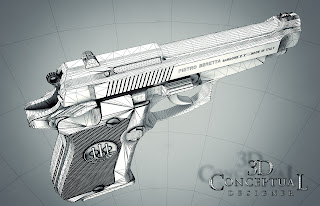 This Polygon shot shows the NURMS conversion to tri's. 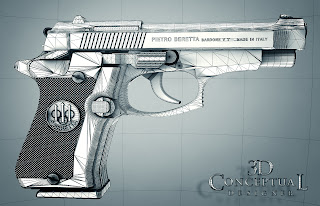 Here is a side shot of the geometry of the 3D asset I built out for the Motion Graphics for Lucky Number Sleven.


Back in 2005 while in-house at The Cimarron Group, a Theatrical Advertising Agency in Hollywood,  I was tasked with building out a very detailed Beretta Firearm for use in a teaser trailer for the film Lucky Number Sleven. I had build a few handguns in the past,  so this was another one under my belt to create so to speak.

I downloaded blueprints cut aways and some good photos so I could begin the build. I made this as a high-rez model built out of NURMS using Npowers Power-Nurbs modeler.

We did some close up moves on the gun as a wipe element for the trailers, a fun exercise in modeling and a bit of animation as well.