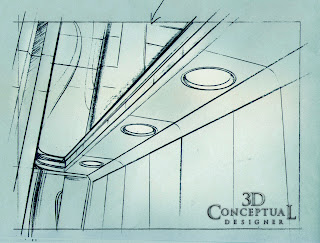 Here is a corridor from the Dykstra Platform design I did for the show. 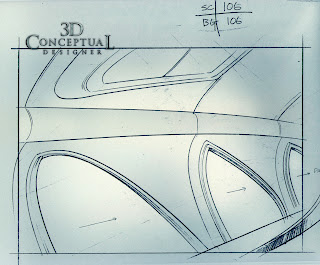 A window view layout with an animated sky pan seen through the windows for the Hypersonic Jet from the TV series I designed. 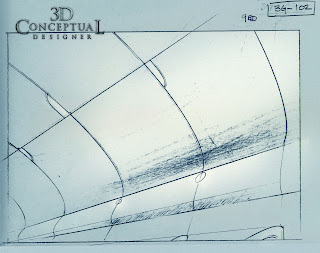 This is a overhead compartment view inside the Hypersonic Jet, a simple layout fixed for production. 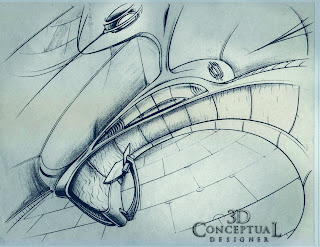 Here is the interior layout I did for Maxwell Madisons Hyper Cruiser seen here, here, and here.

This is my 91st posting here on my design blog for my contributions to The Phantom 2040, and my first 2012 Phantom posting, so only a mere 28 years to go until we ARE METROPIA!

Animation Layout for television series are typically out sourced to foreign countries to complete, due to the lowered labor costs. At Hearst, we did this in Canada, France, as well as the majority is South Korea at Sei-Young Anitel  Animation Studios.

Sometimes I had enough time to correct, or flat out re-do the layouts that were botched, and our budget was the lowest in the industry so we got what we paid for, or more precisely what we DIDN'T pay for, so I did these fixed versions every chance I had.

Some I fixed were very fast, like 5 minutes to correct a perspective issue or the break out the ship curves to add the fishy eye look back into the show, but all were done to keep the continuity high.