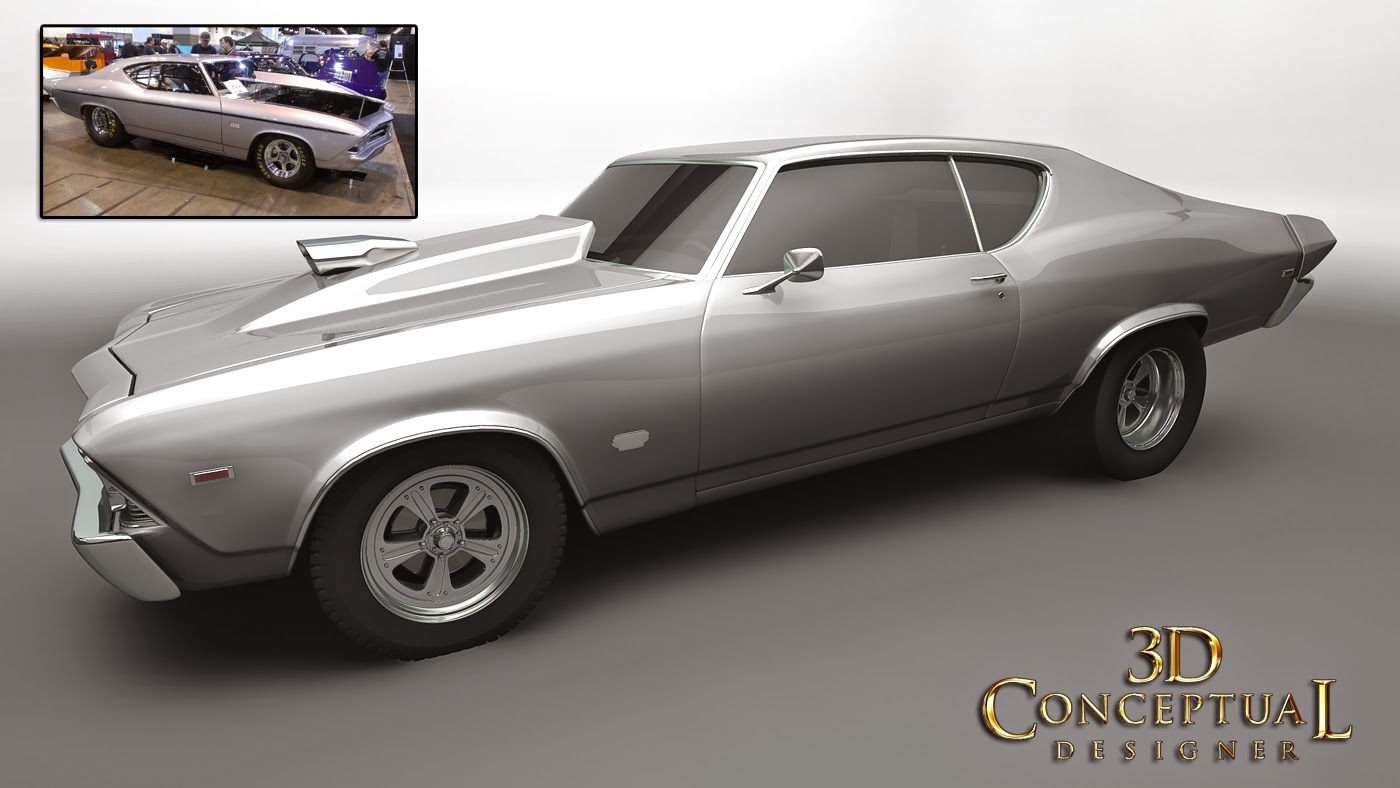 Here is the first test render once I had built out the new parts for the stock Chevelle I used to Pre-Visualize the new looks. 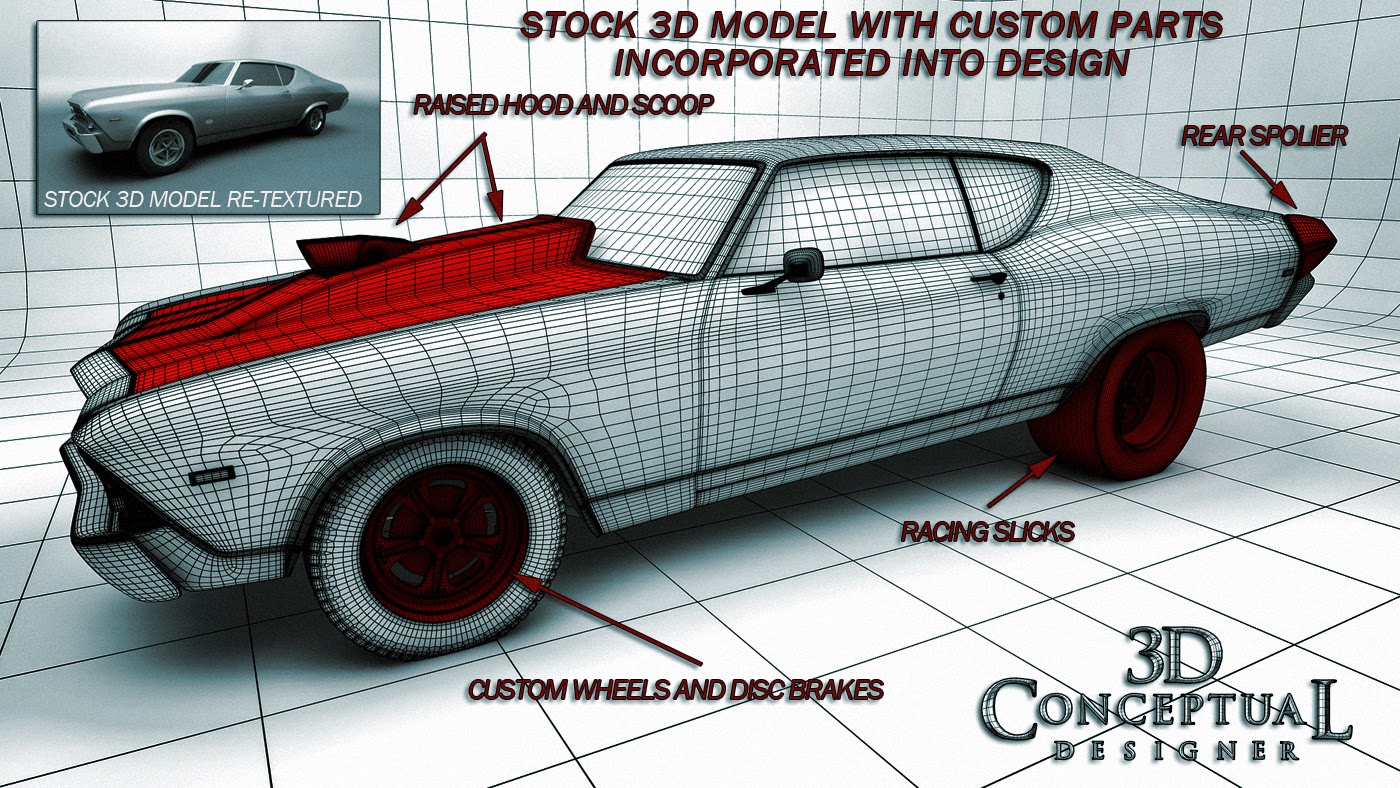 Here is an ambient render showing [in-red] what I rebuilt to match the existing bodywork on this race-car. 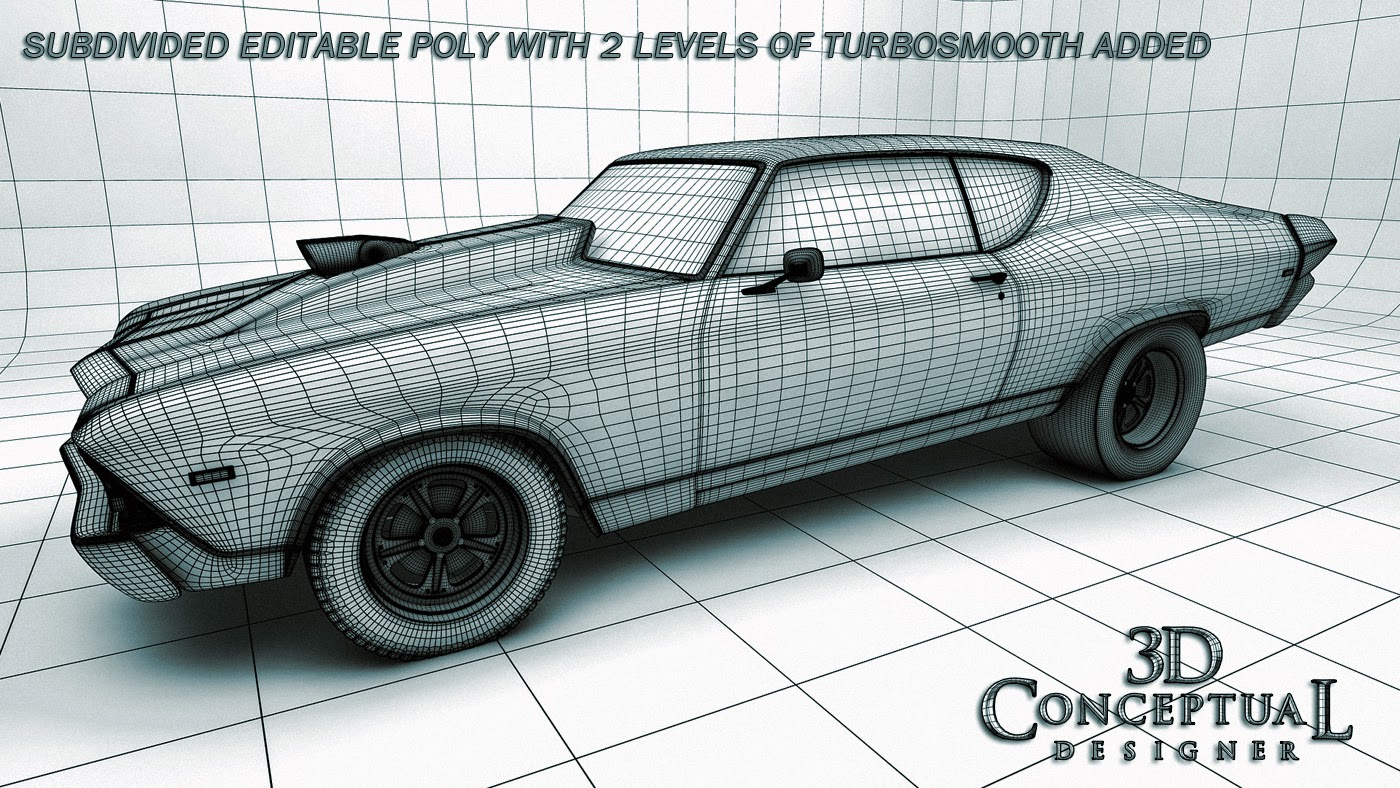 The Ambient 3D Render of the Racecar with Subdivision added[ Medium Rez]. 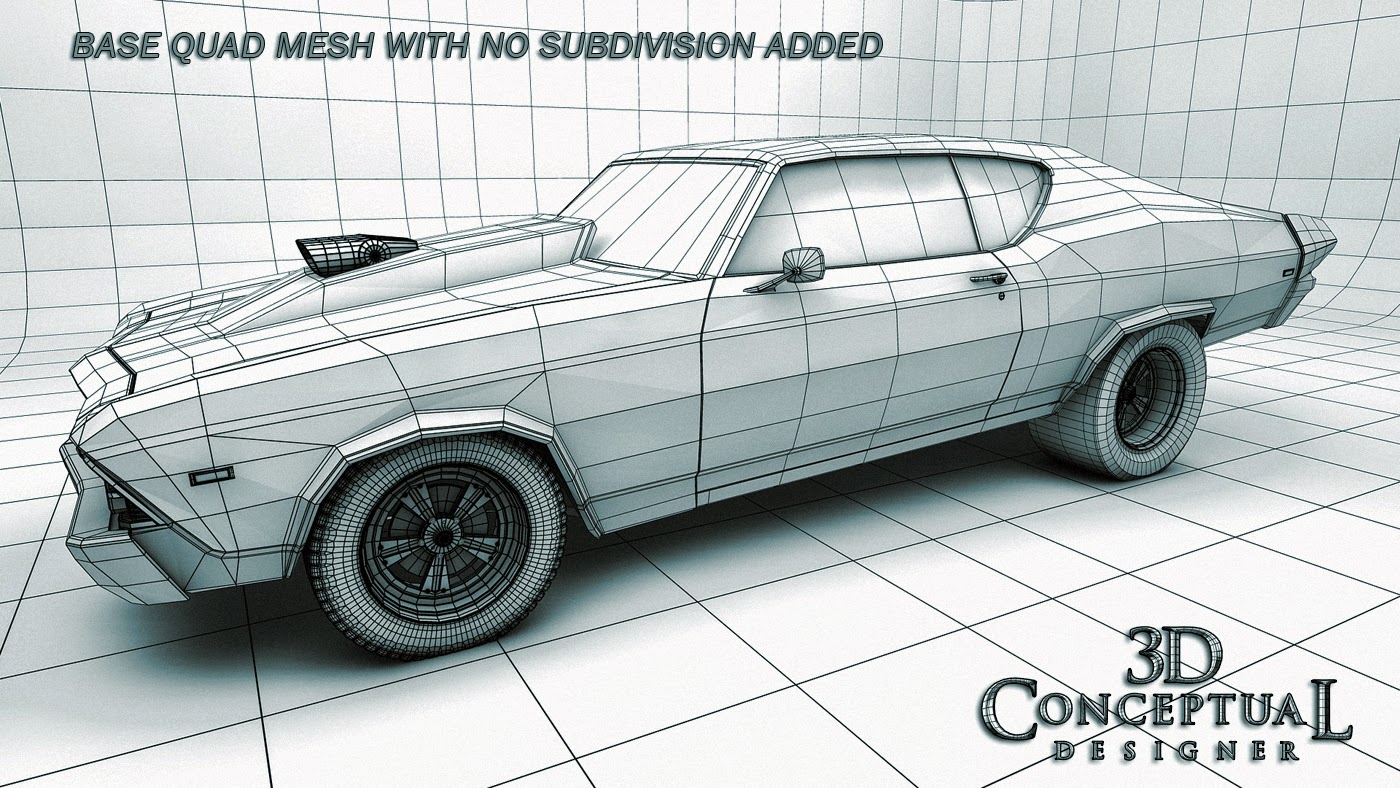 The Low Poly Quad Mesh of the race car. 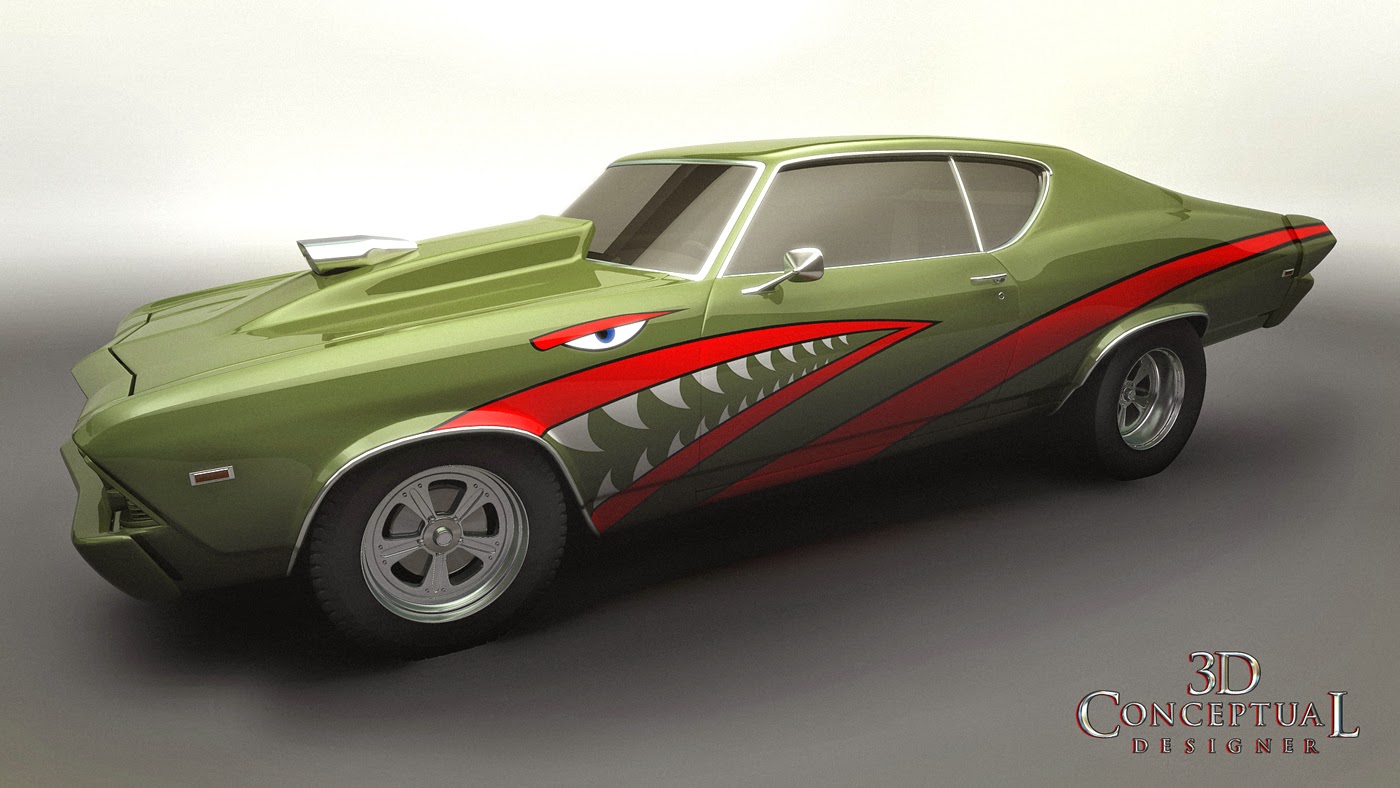 The first Idea was an Oilve-Drab Military Flying Tiger look for this race Chevelle. 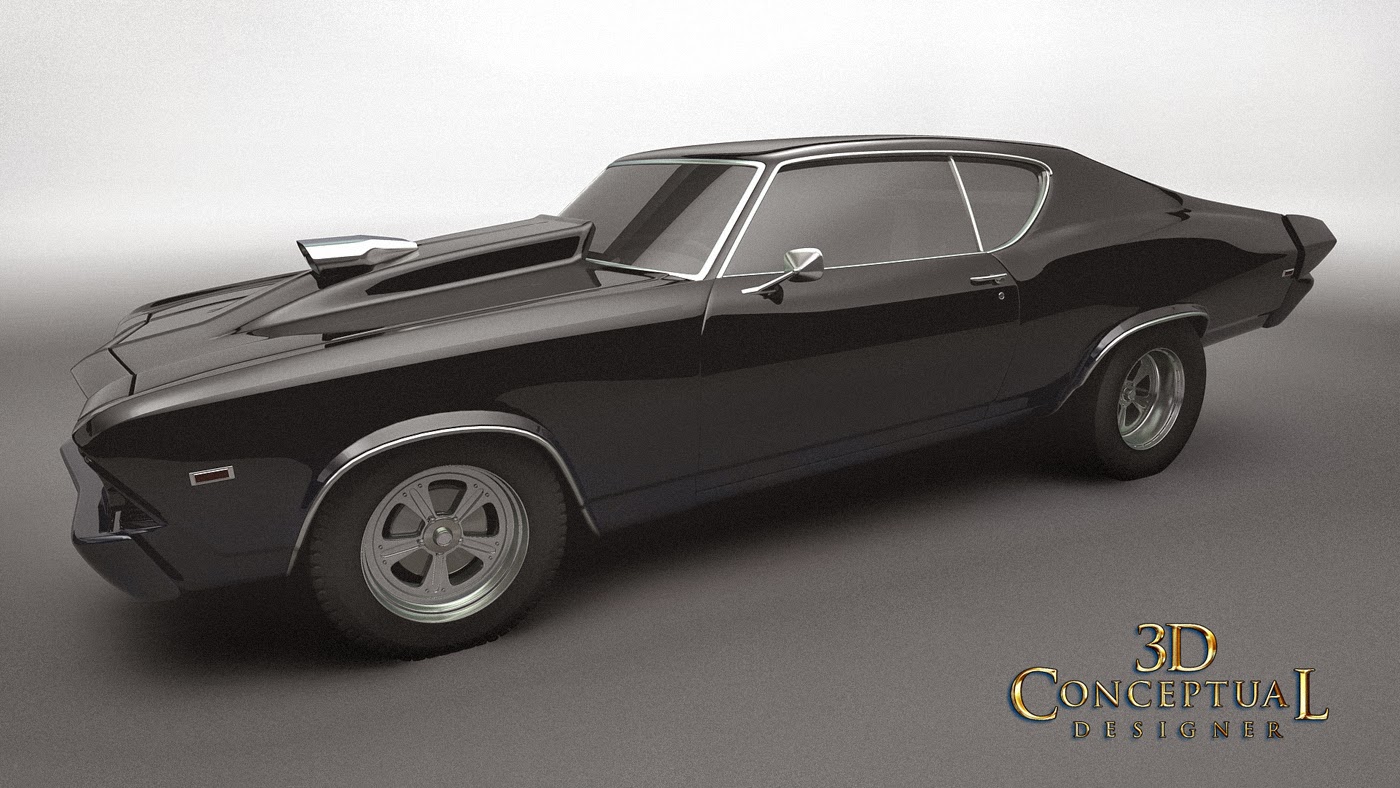 I played with some simple color changes to see it in Tuxedo black. 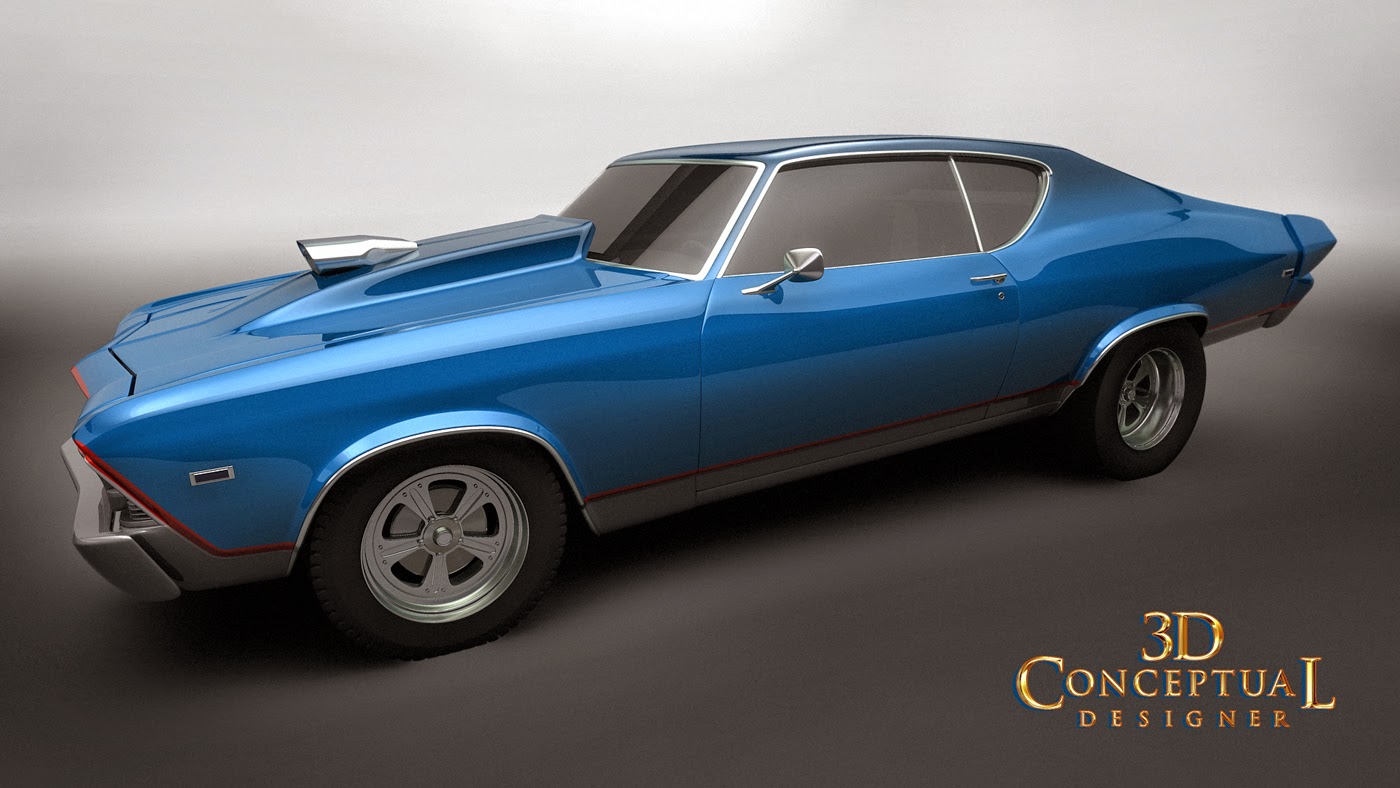 A Deep Metallic Blue Paint job that was used to experiment with, with some lower two-tone graphics. 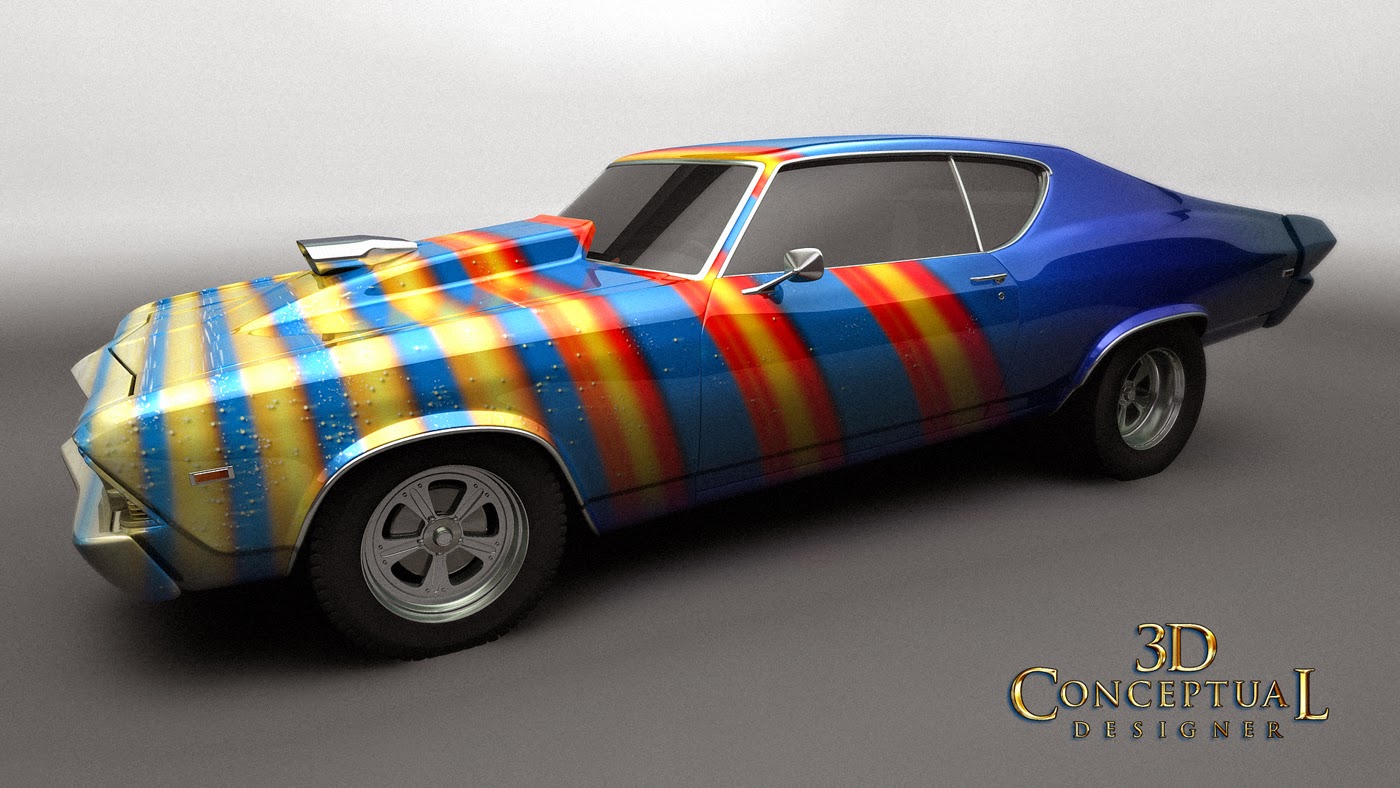 I did a few graphics that showed motion and heat as in a re-entry feel from space. 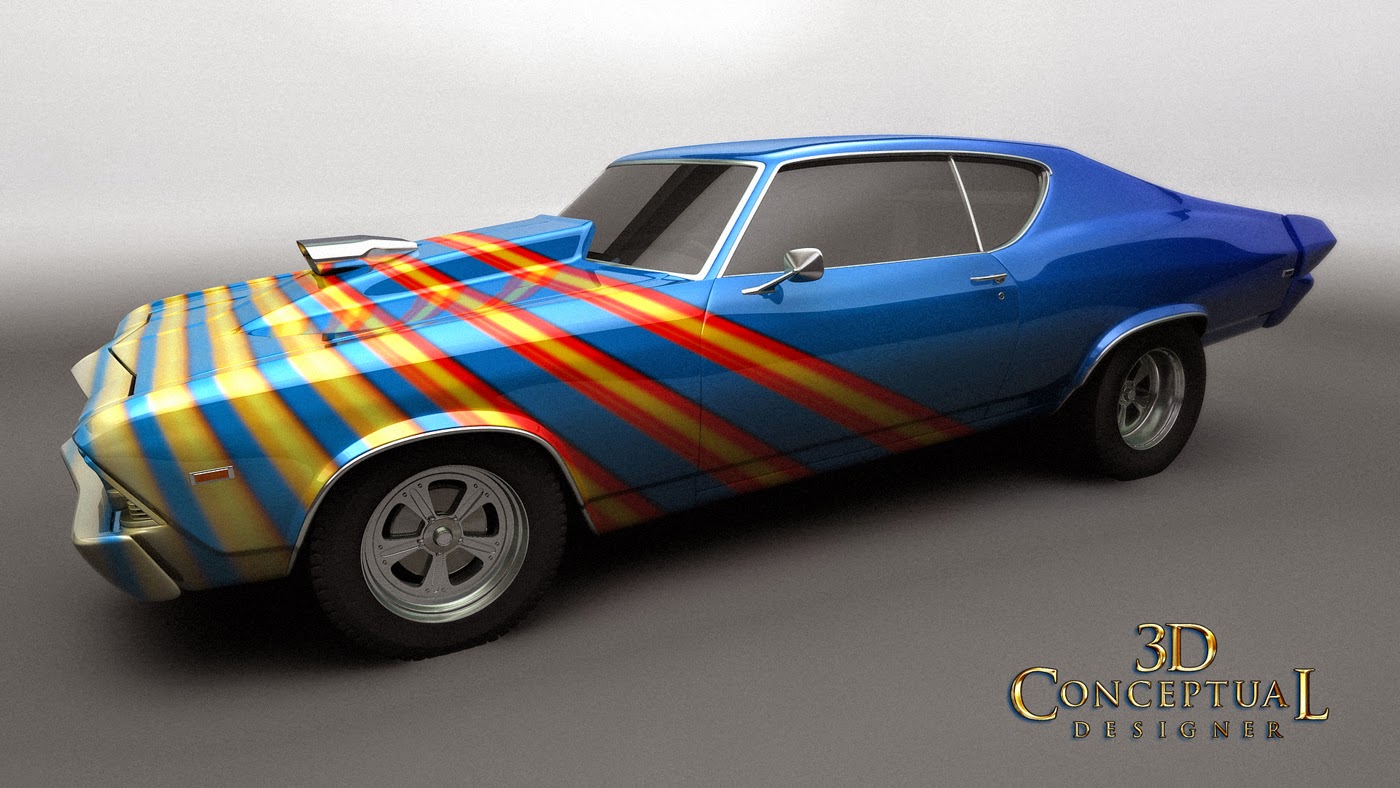 The second 'blue-car' concept was more angled ghosting the lines all the way back into a deep purple. 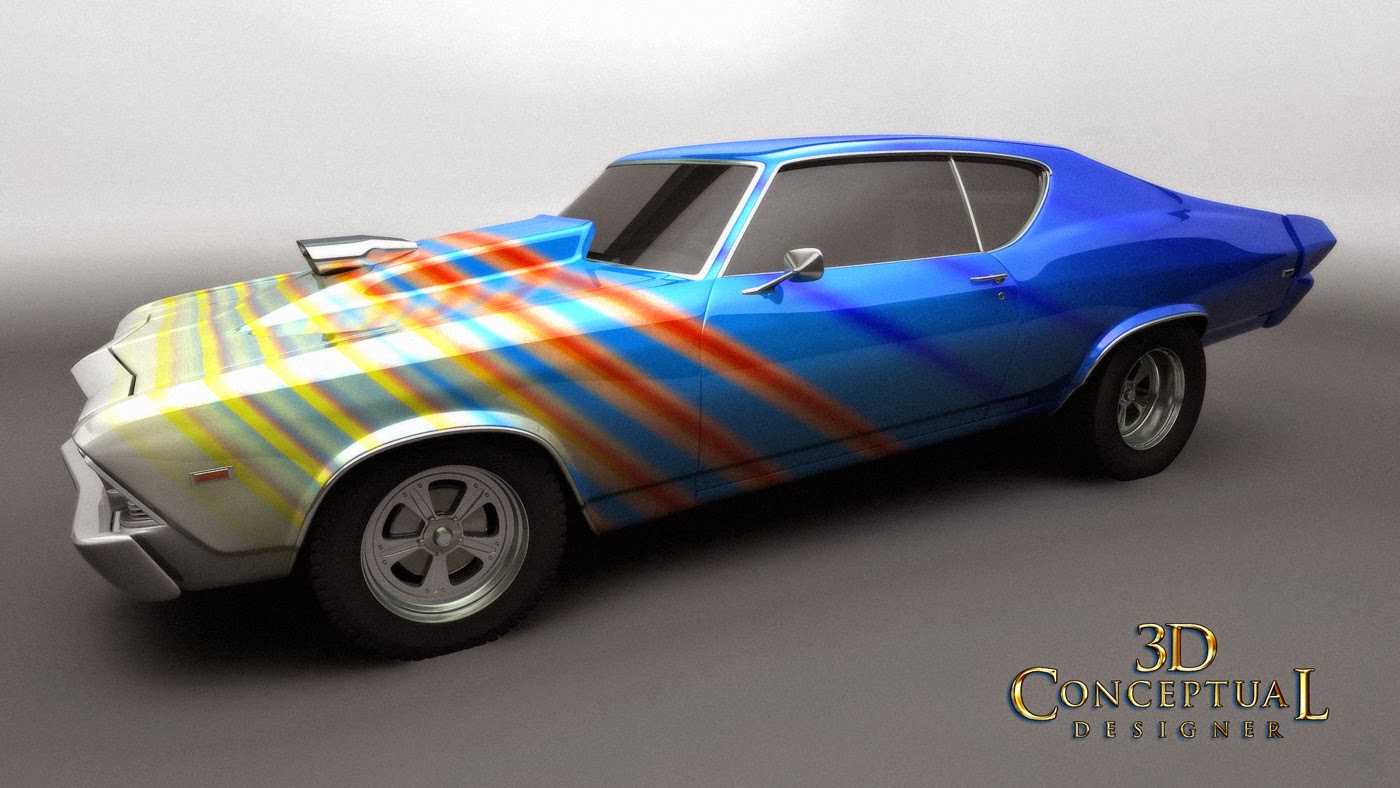 An alternate with thinner lines. 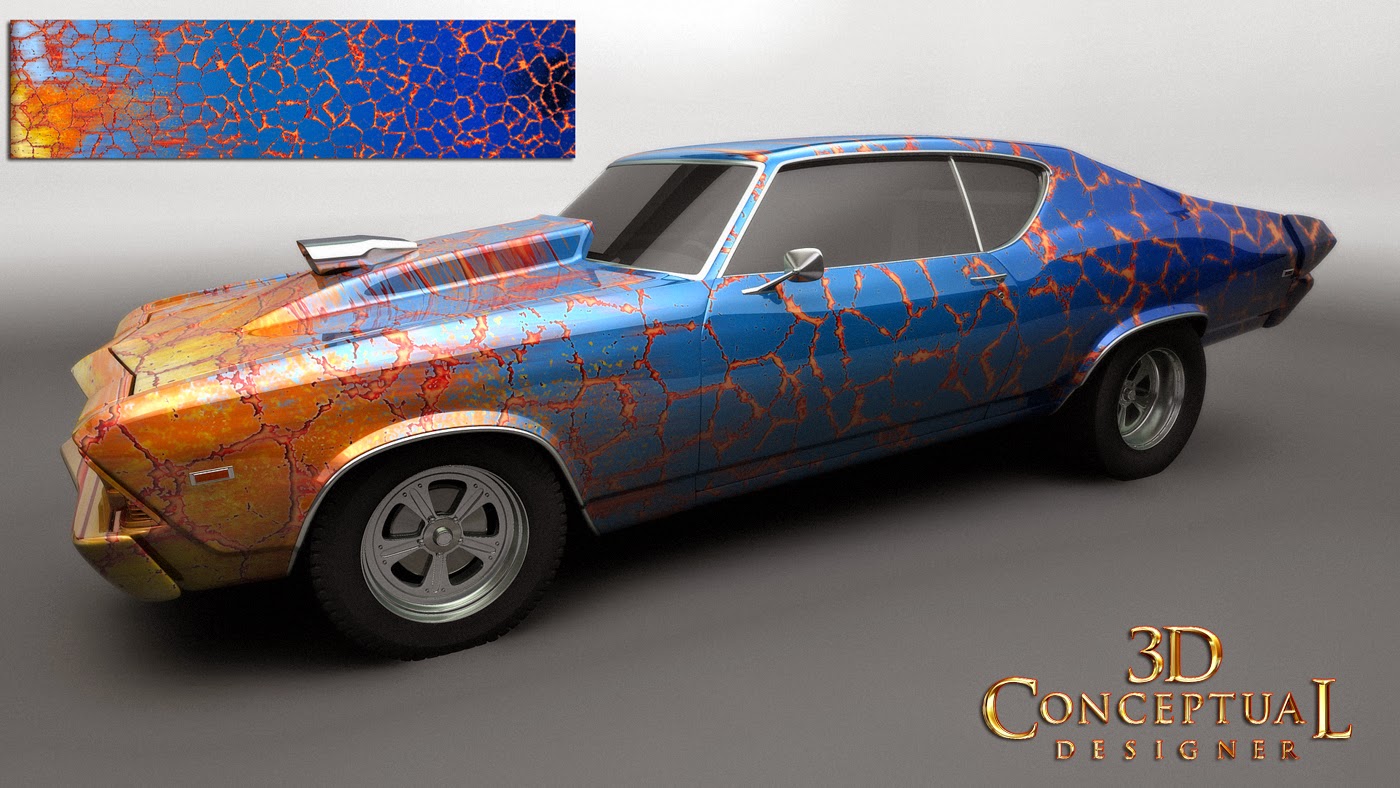 Here is the last delivered file that had the paint flaking off from the heat going all the way back to the rear spoiler.


About a year back now, I was asked to visualize a few ideas for a paint scheme for a Chevelle Race Car out here in Colorado, and so the first task was to see if an exisitng 3D stock model was availalbe to start with.

I found one, and my client bought it for the project,and I went and modified it to match the Race car he had, so I built out a new hood, rear spoiler, the rims and rear slicks, as well as the custom hood scoop.

Once I was done with the 3D Modeling stage I dropped it into my 3D Car Cyclorama Virtual Sound stage that I use for cars and began to Pre-Light the virtual shot.

I always start with where we are at at the front end of a project, so I did a test render in Silver to show the geometry was good to go for the color ideas to follow.

I was given some directions to follow along, but was also given creative freedom to experiment a bit as well. A fun 3/4 day gig.

Posted by 3Dconceptualdesigner at 2:29 PM