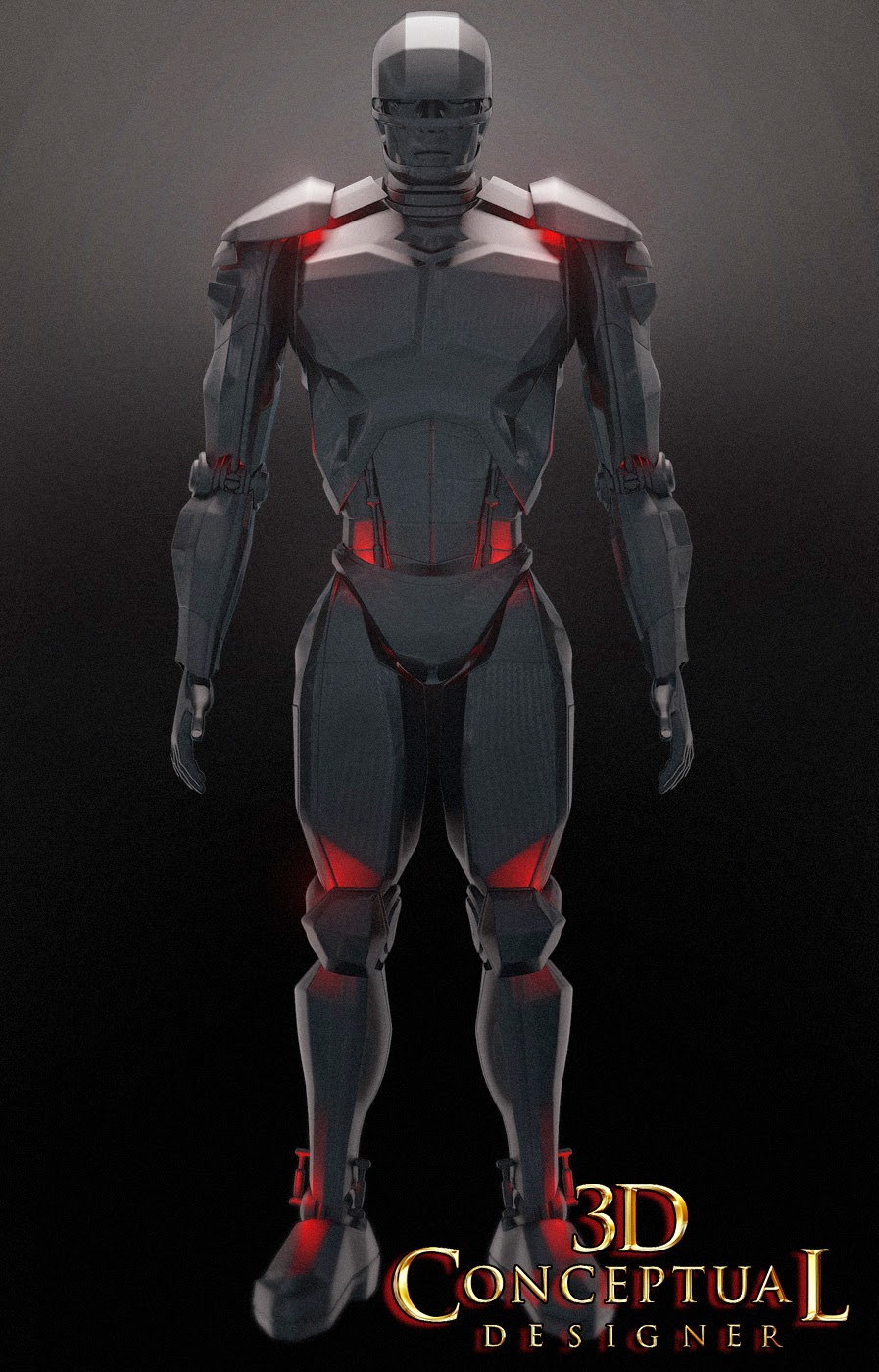 The main full body shot of the placeholder Robo Suit I made to assist the presentation for a teaser poster back in 2012 for the remake of RoboCop. 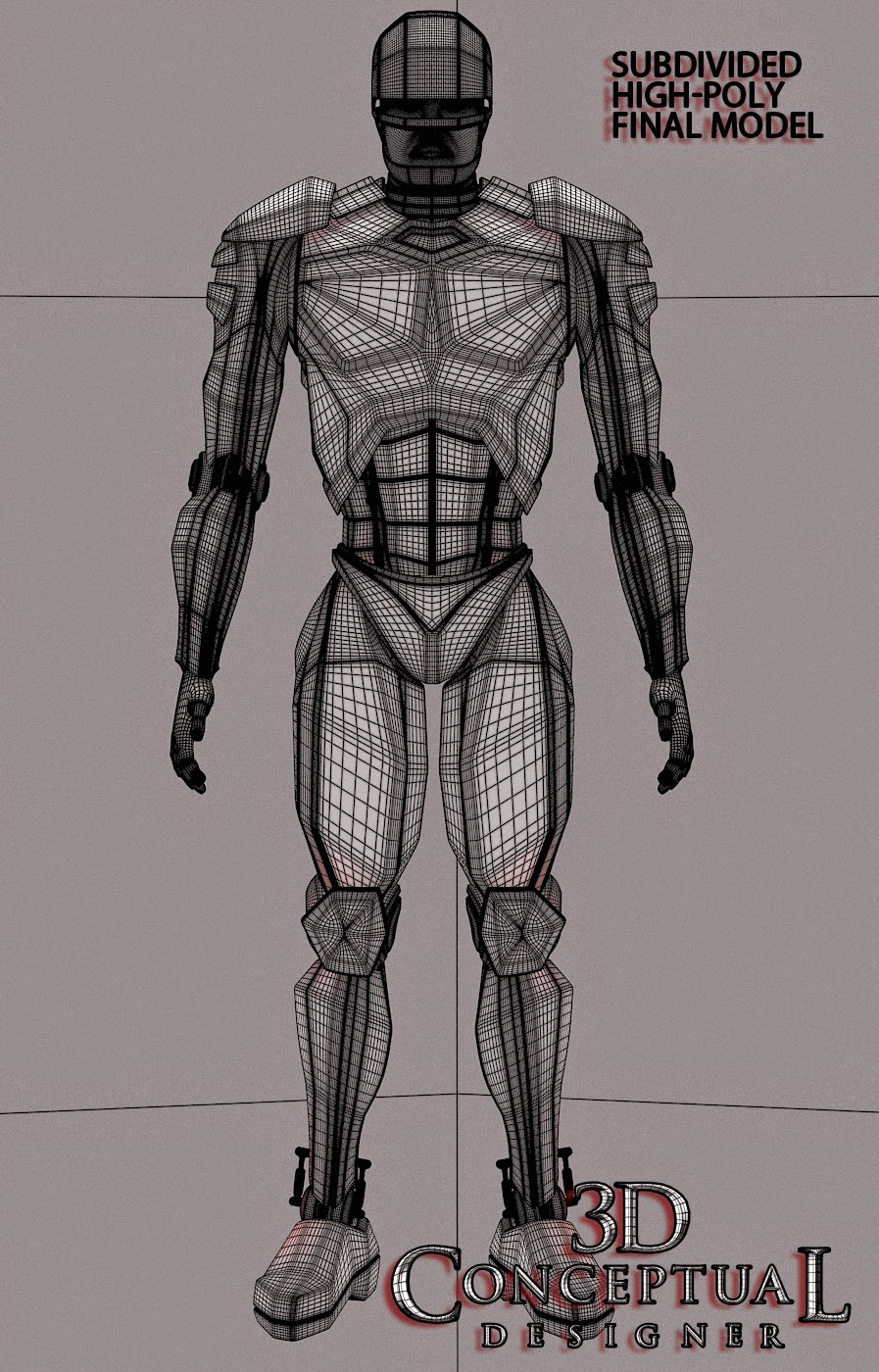 This Poly shot is the subdivided final 3D build showing the red lighting fx as well. 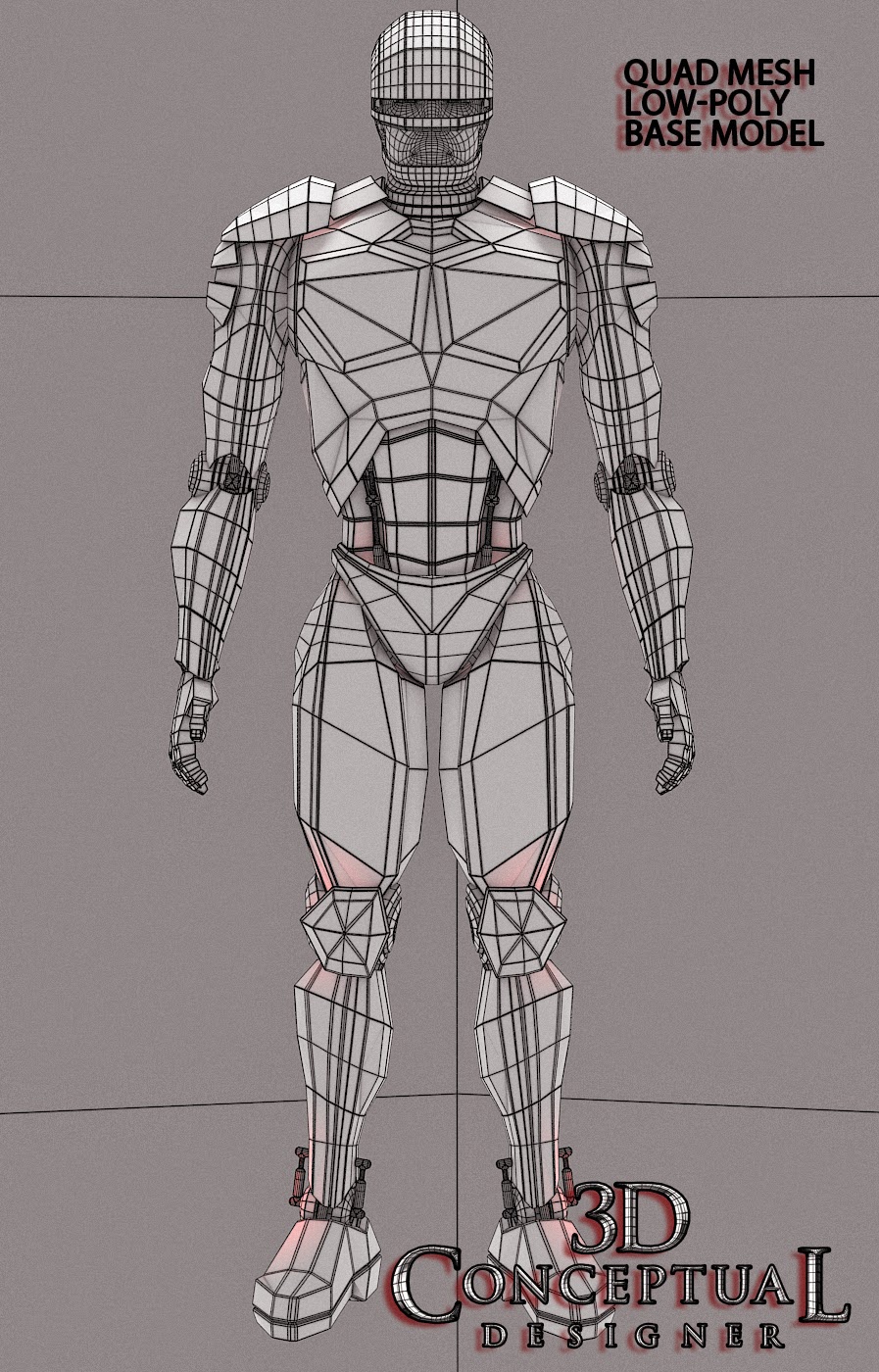 The low poly base quad model I made of the suit for the above shot. 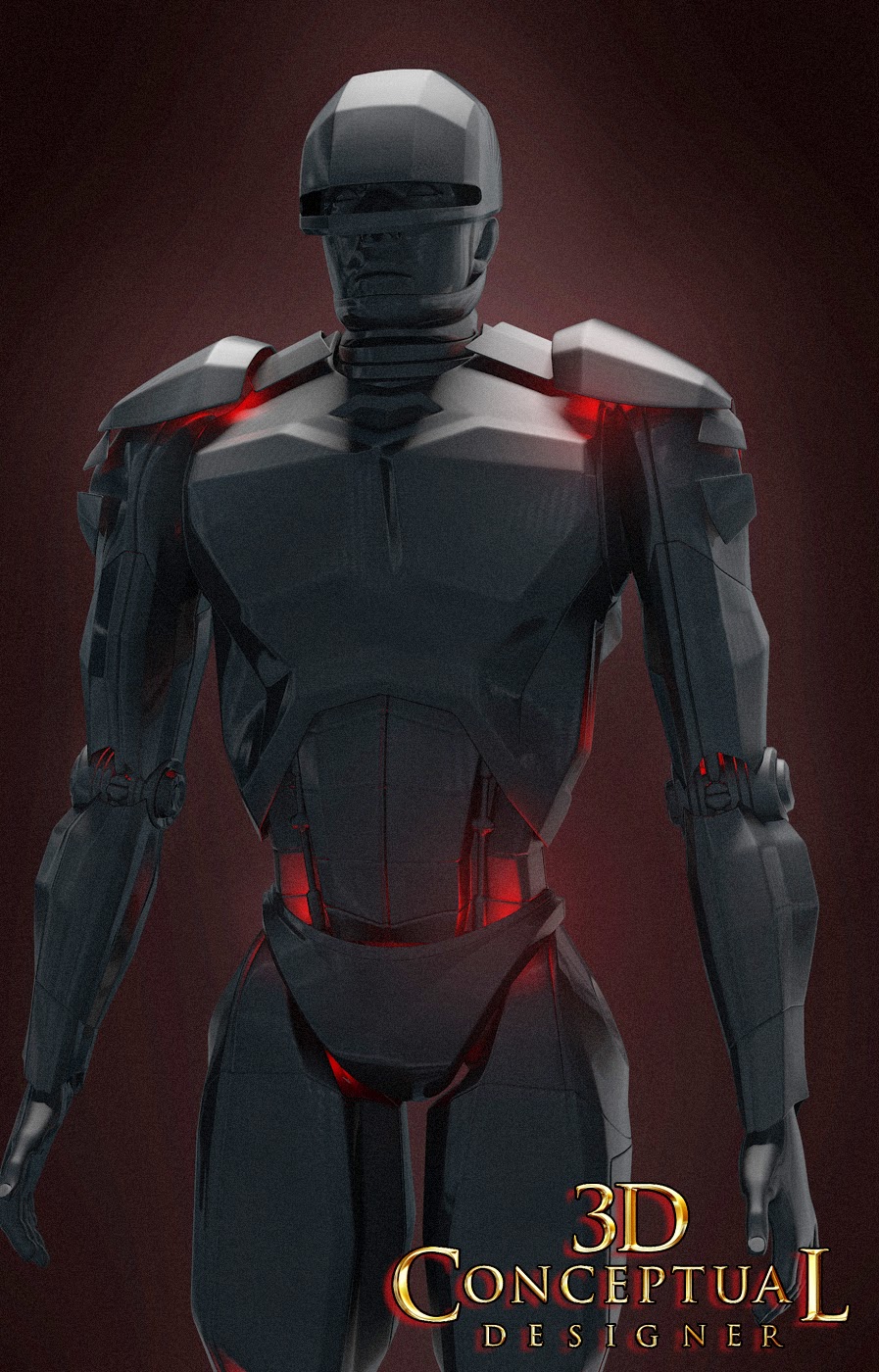 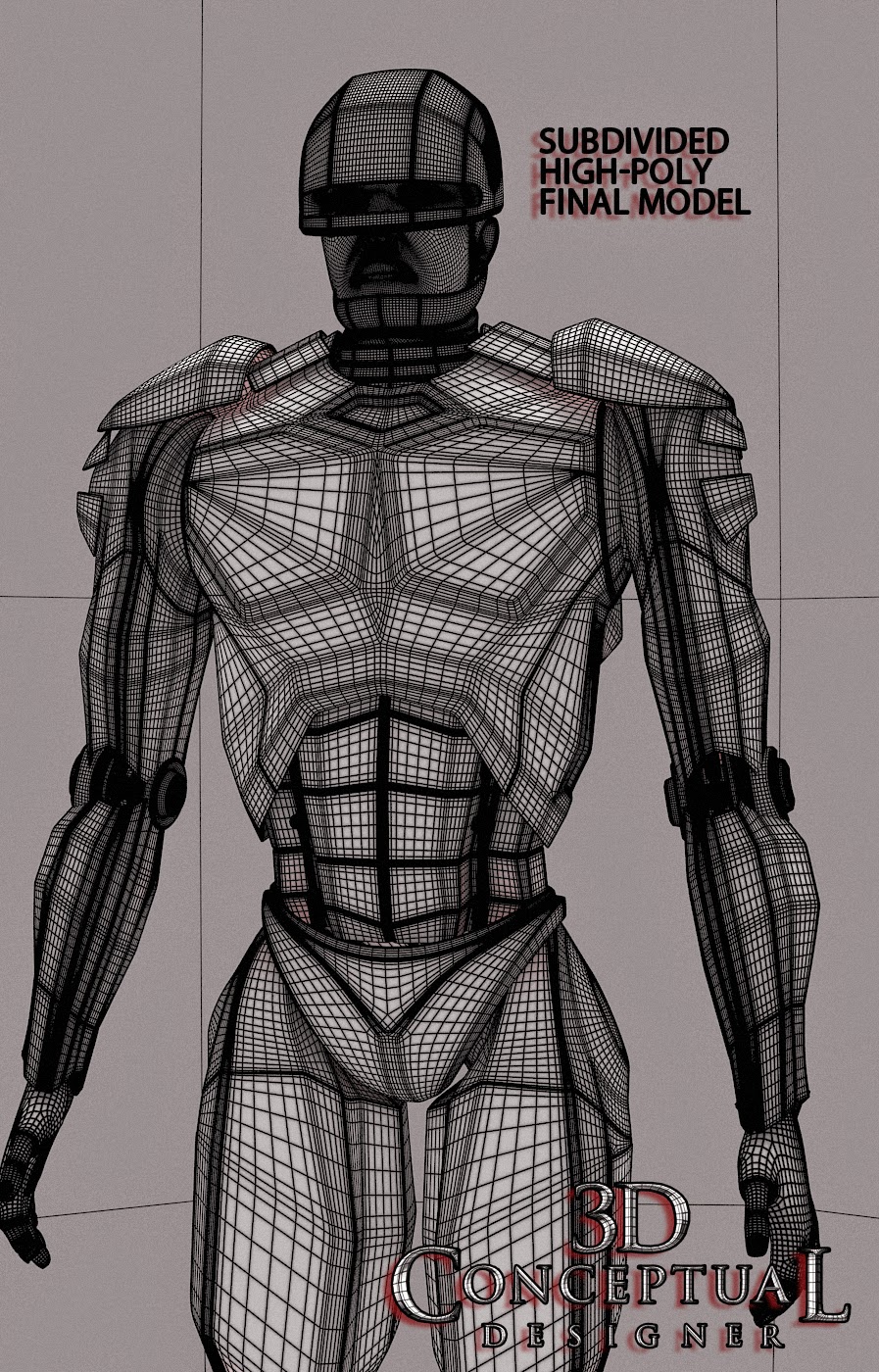 The geometry for this 3D Render. 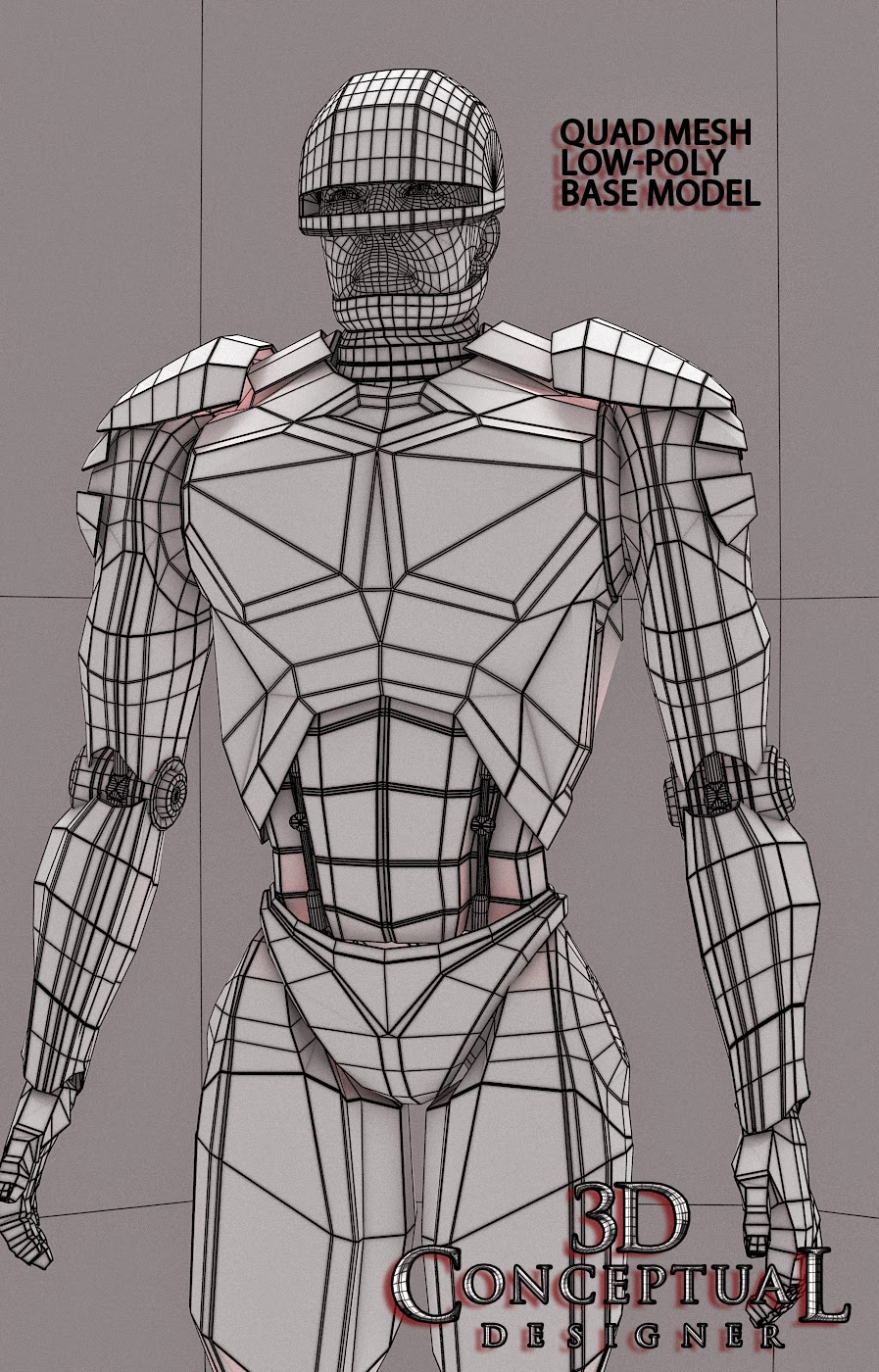 The base Poly Mesh for the placeholder Robosuit. 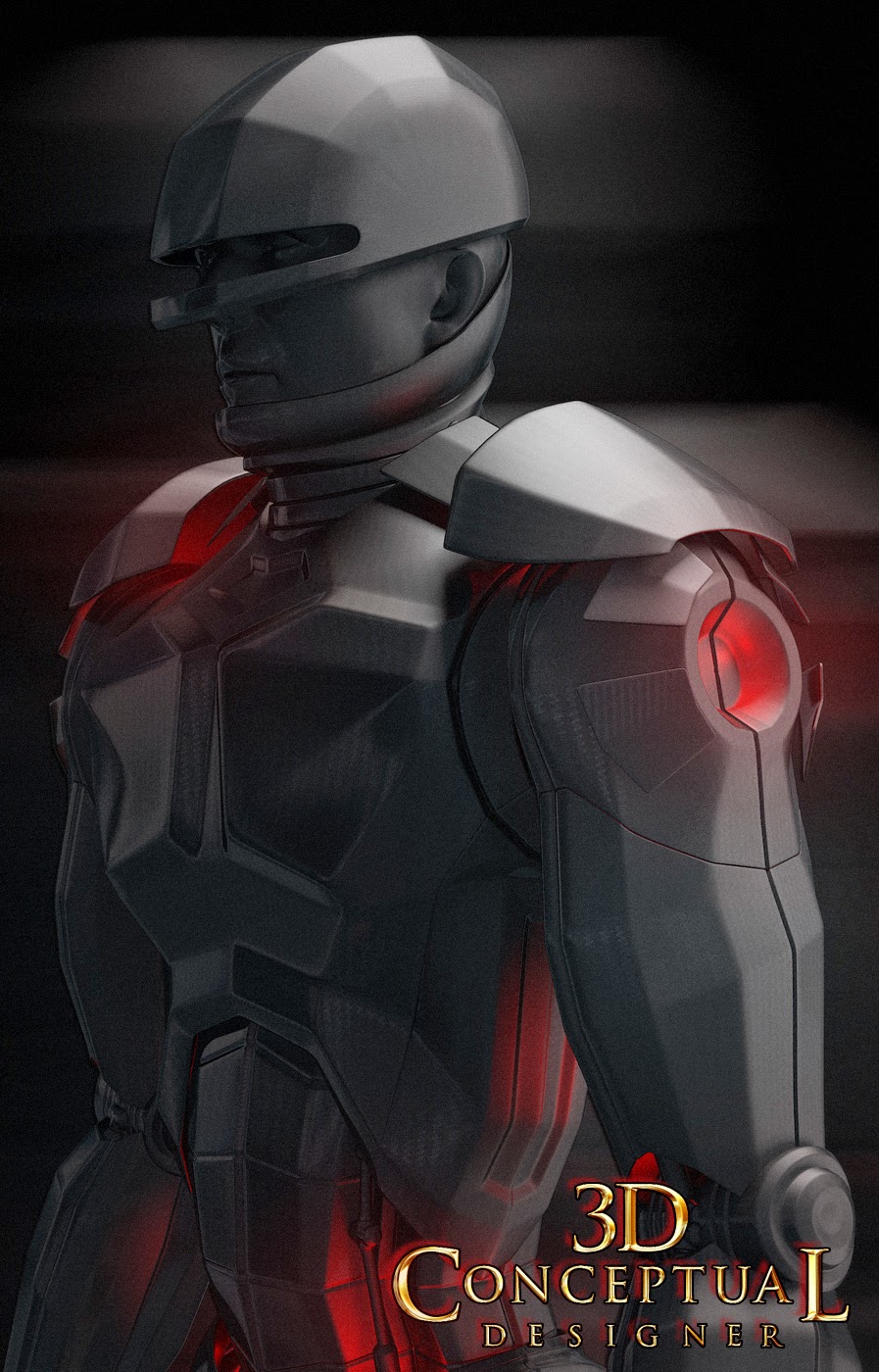 An even closer shot. They stripped in the actors face in the shots , though they were all dark so they dropped into shadow quite a bit. You will note the lower collar design pays homage to the original one, as I grew up in the 80's as well as went to school in Detroit the place that Robocop was filmed. 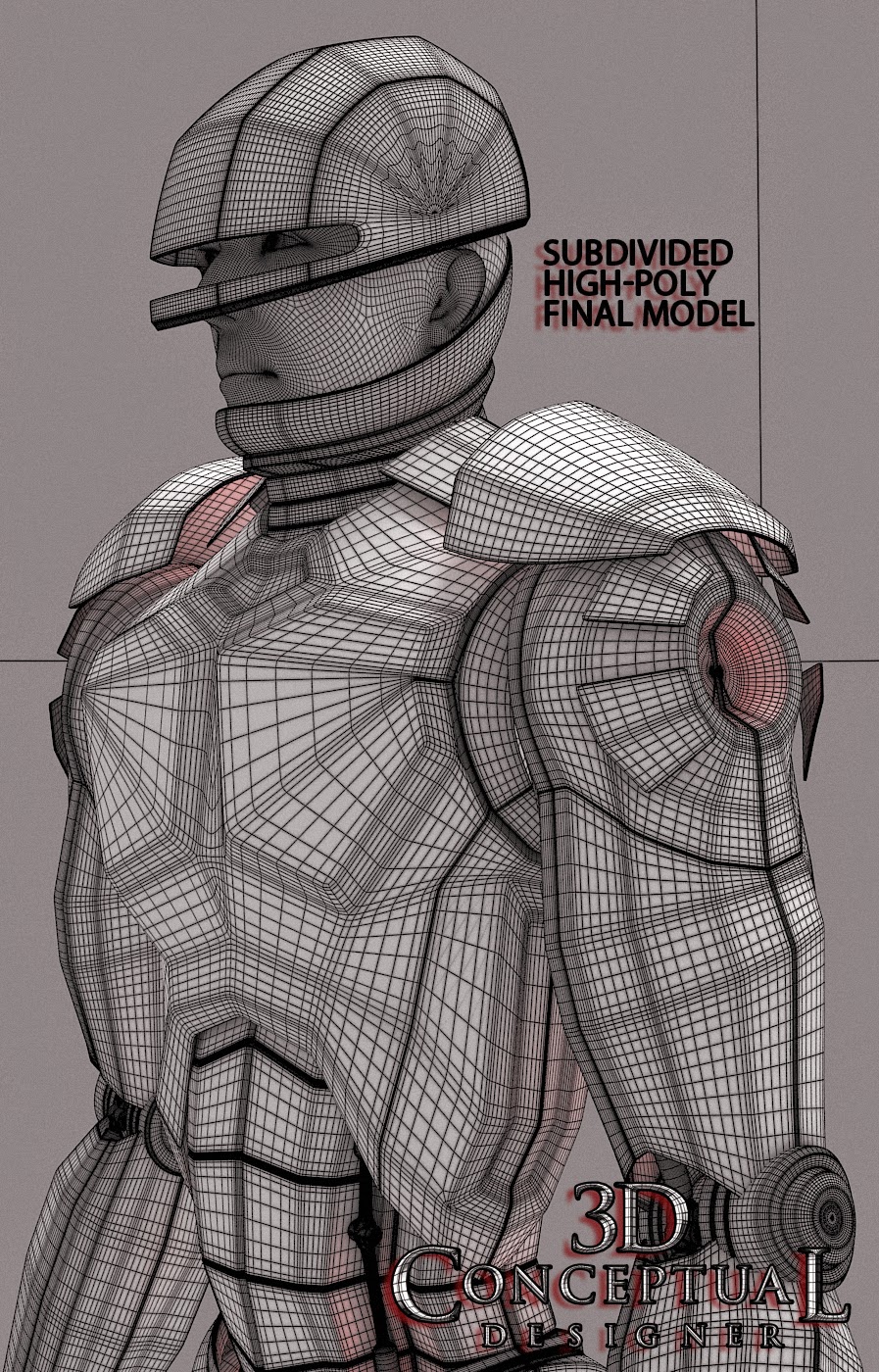 The subdivided polygon quad model of this close-up. 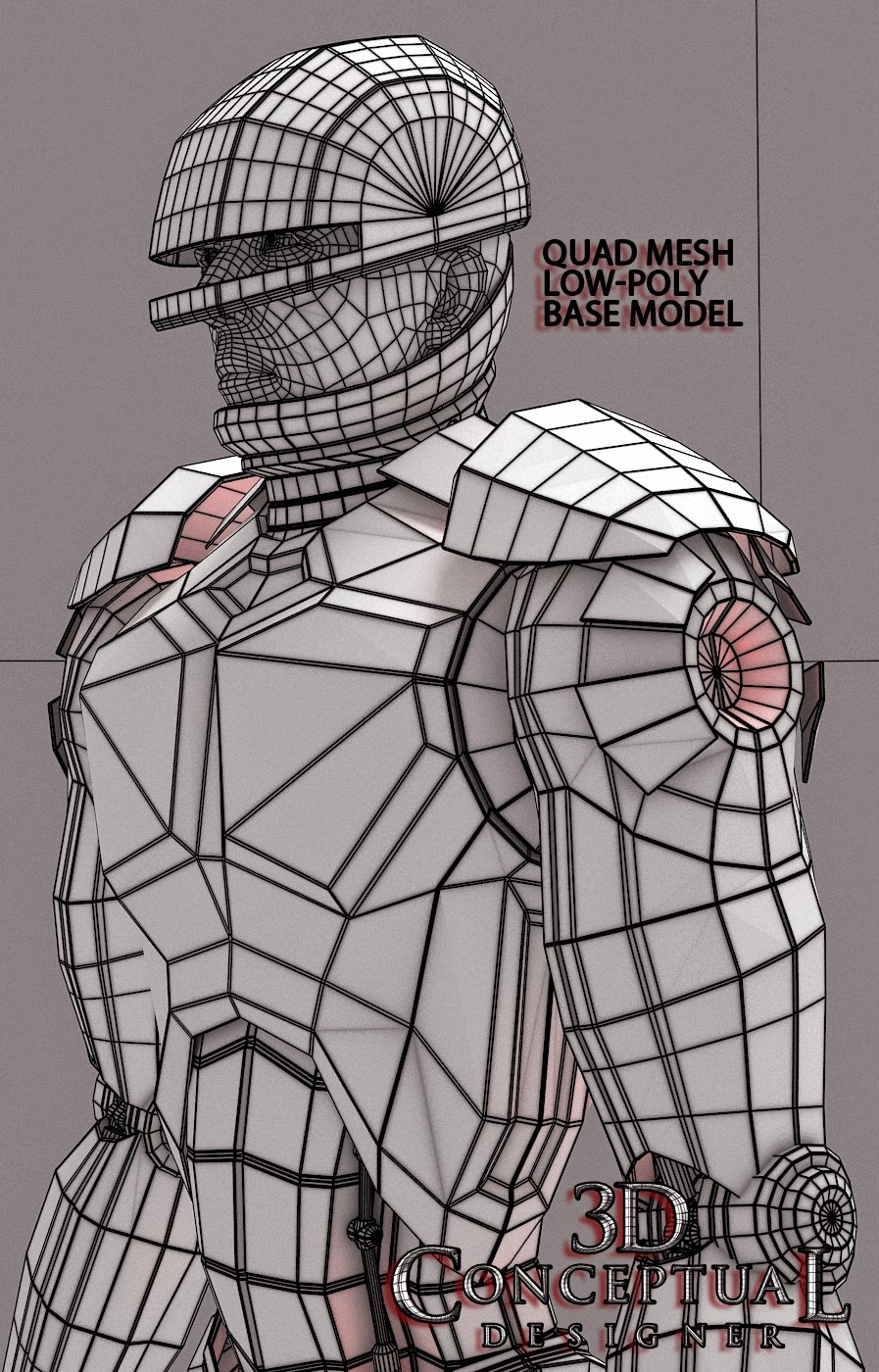 A base non-subdivided shot of the 3D model I built that day.

Two years ago I worked on the film advertising for Robocop, and this final PART III , I am covering the 3D robo-suit mock up placeholder I built for the teaser poster presentations.

A placeholder is an image to hold the place until a final is available, and since we had no scrap reference on the design I built something for them to use until it was available.

I was directed by Jeff Barnett on this, and they had close to zero photo scrap reference on the look of the final suit, so I was basically told to wing it, aside from a few things. What we did know is that the suit was more Batman like, Carbon Fiber Ballistic military grade armor of some sore. They ditched the blue steel look for the original films, as well as the blue light FX were to be red in this exercize.

I went to work. Now bear in mind, I had just one 8 hour day to design, build and render out a set of shots with little reference, so I had to work very quickly. If I had a few days to do this the results would differ accordingly, and the reason this must be mentioned, is that many 3D pieces I look at need to be seen in context to the limitations[ or lack there of] of time to finish, as most pieces do not reflect what time limit was put into the artwork, and I had a single 8 hour day.

I had experience with robot design in the past with the various B.I.O.T.s I did for the TV Series I was Art Director on, The Phantom 2040, so I had to go back to a set of shapes and anatomy study work I did for that project and pulled out my reference pack from back then for this work.

I rendered various views and delivered as estimated. A super fun fast paced design challenge for me, though it did not finish it helped with the presentation ideas.

You can review PART I here.
You can view PART II here.

Cheers, THOM
Posted by 3Dconceptualdesigner at 9:36 AM