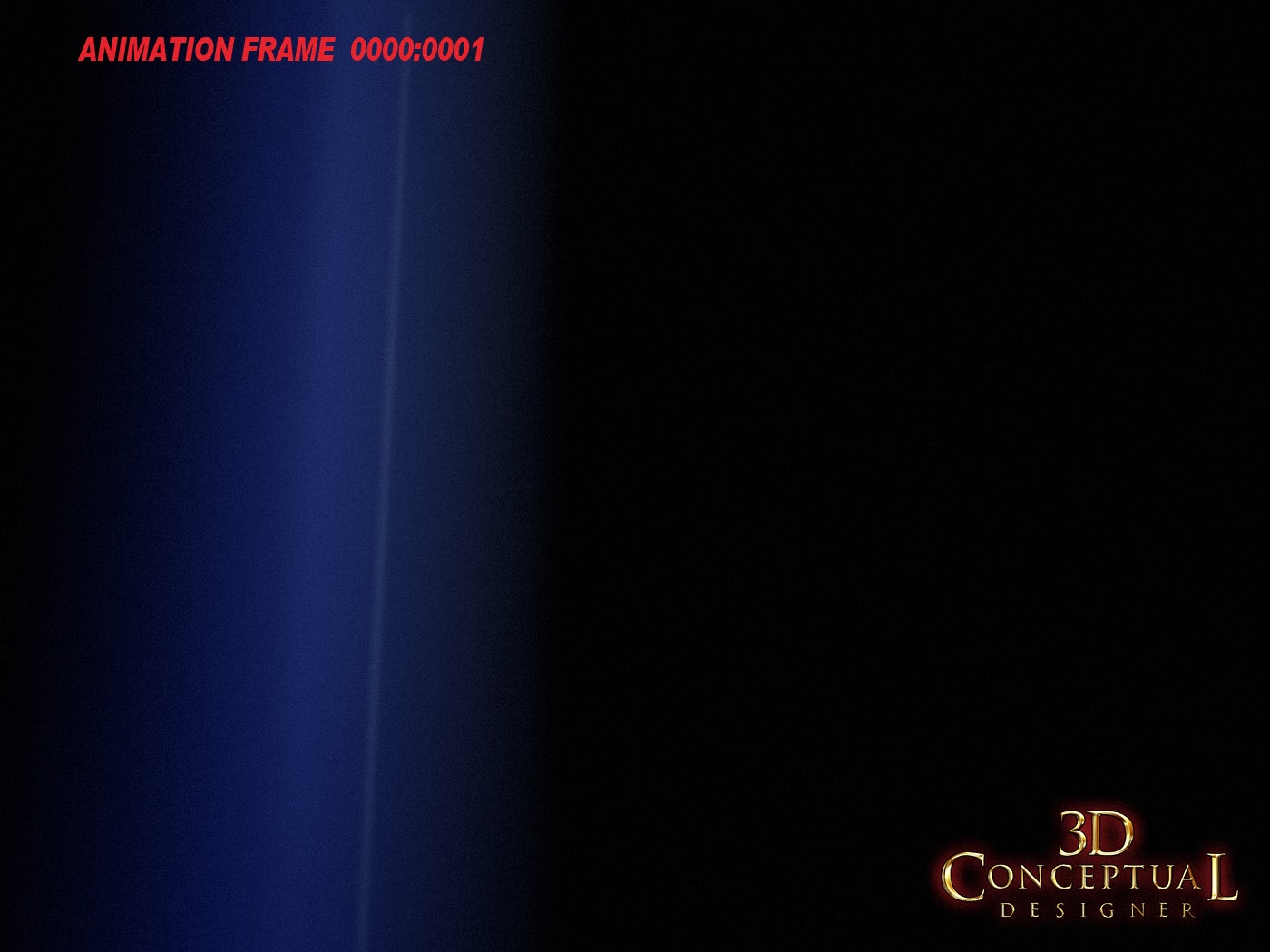 The first frame as the Blue-Ray Package sweep camera quickly with some 3D motion blur added to the frames. 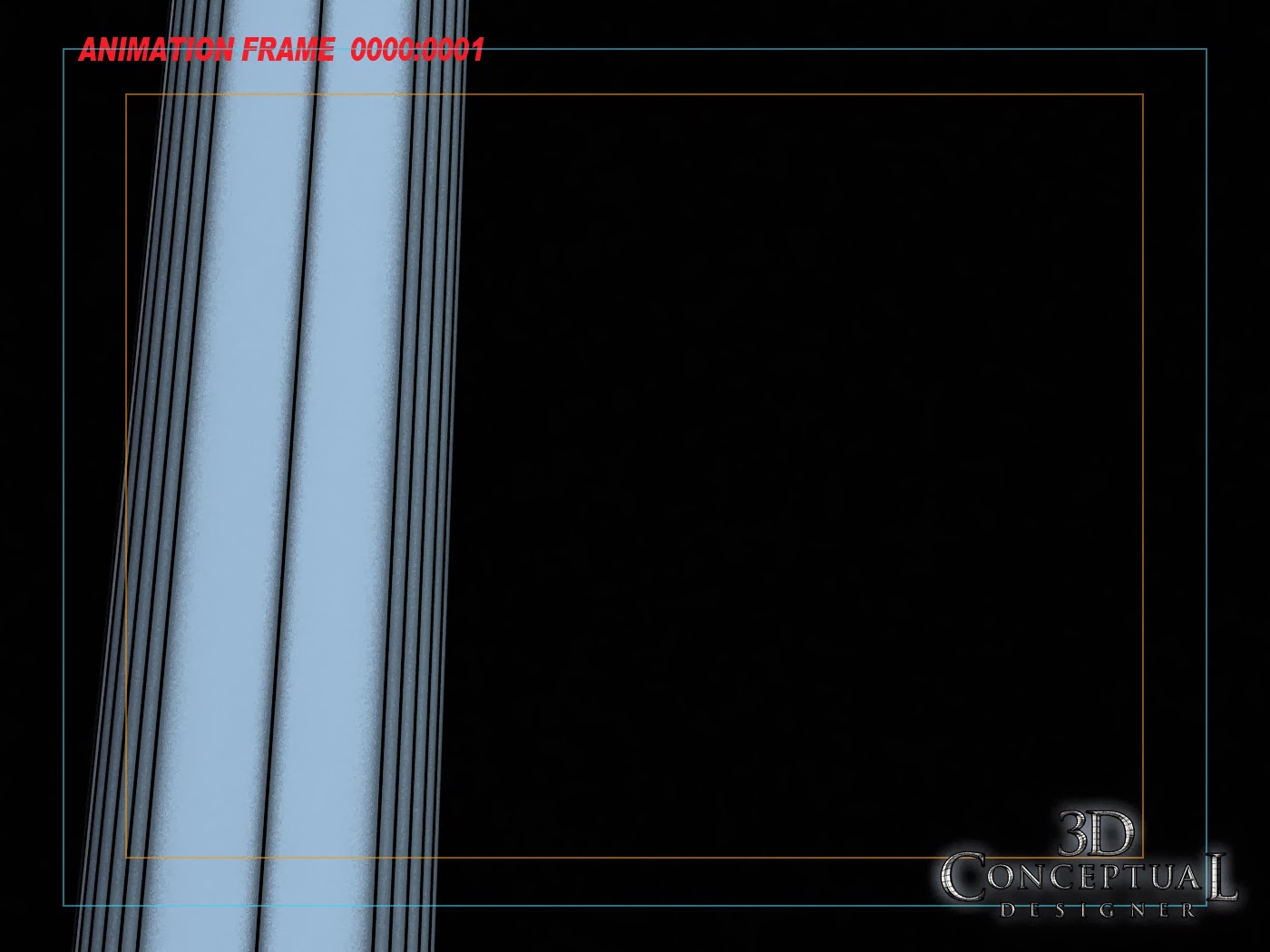 Here is the geometry view of that first frame above from the Hitman TV spots I did these 3D Motion Graphics cards for. 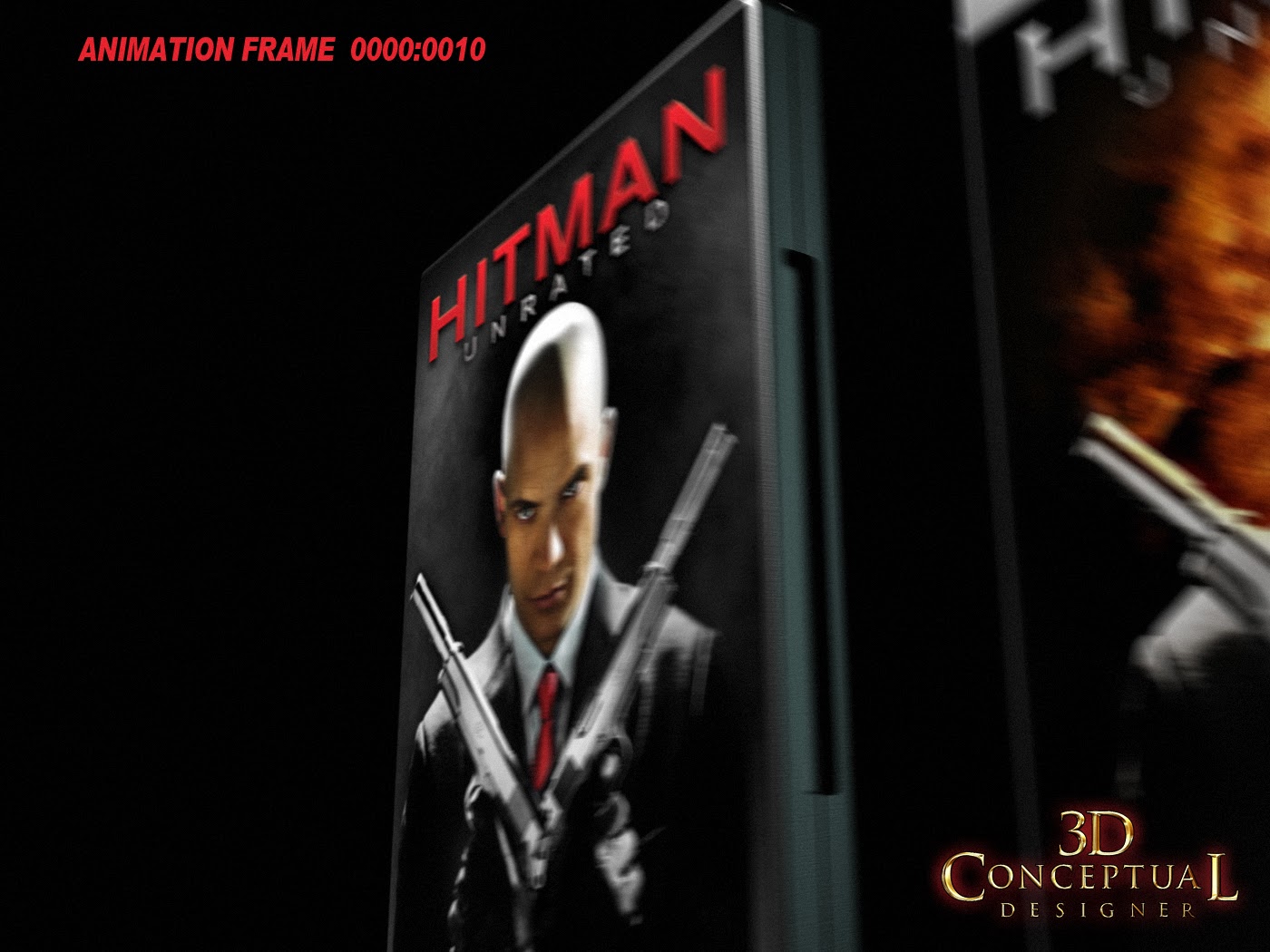 By just ten frames in[ 1/3rd of a second] we are already having the two boxes moved into frame. 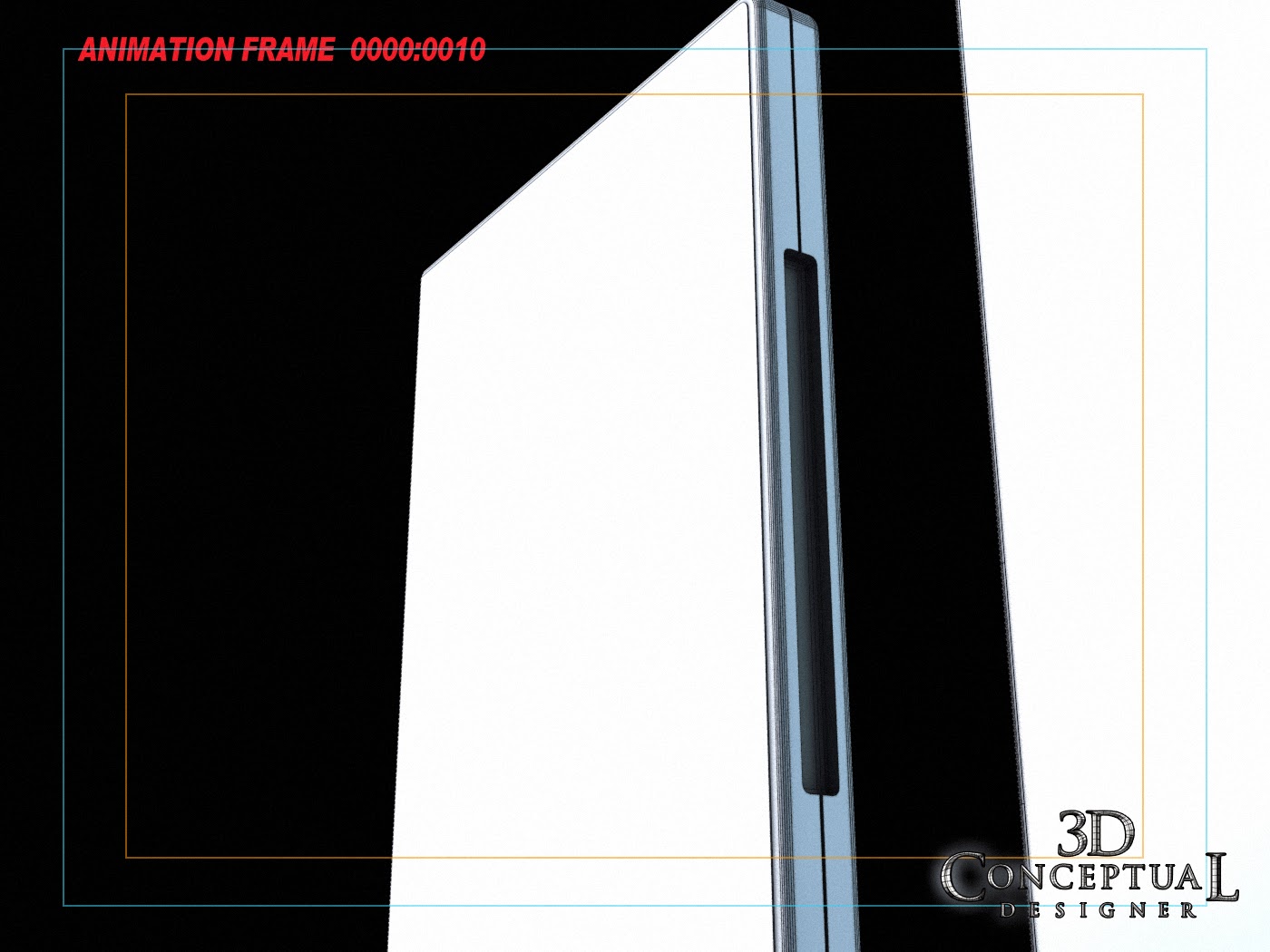 The clean geometry view of the two boxes from frame 0010. 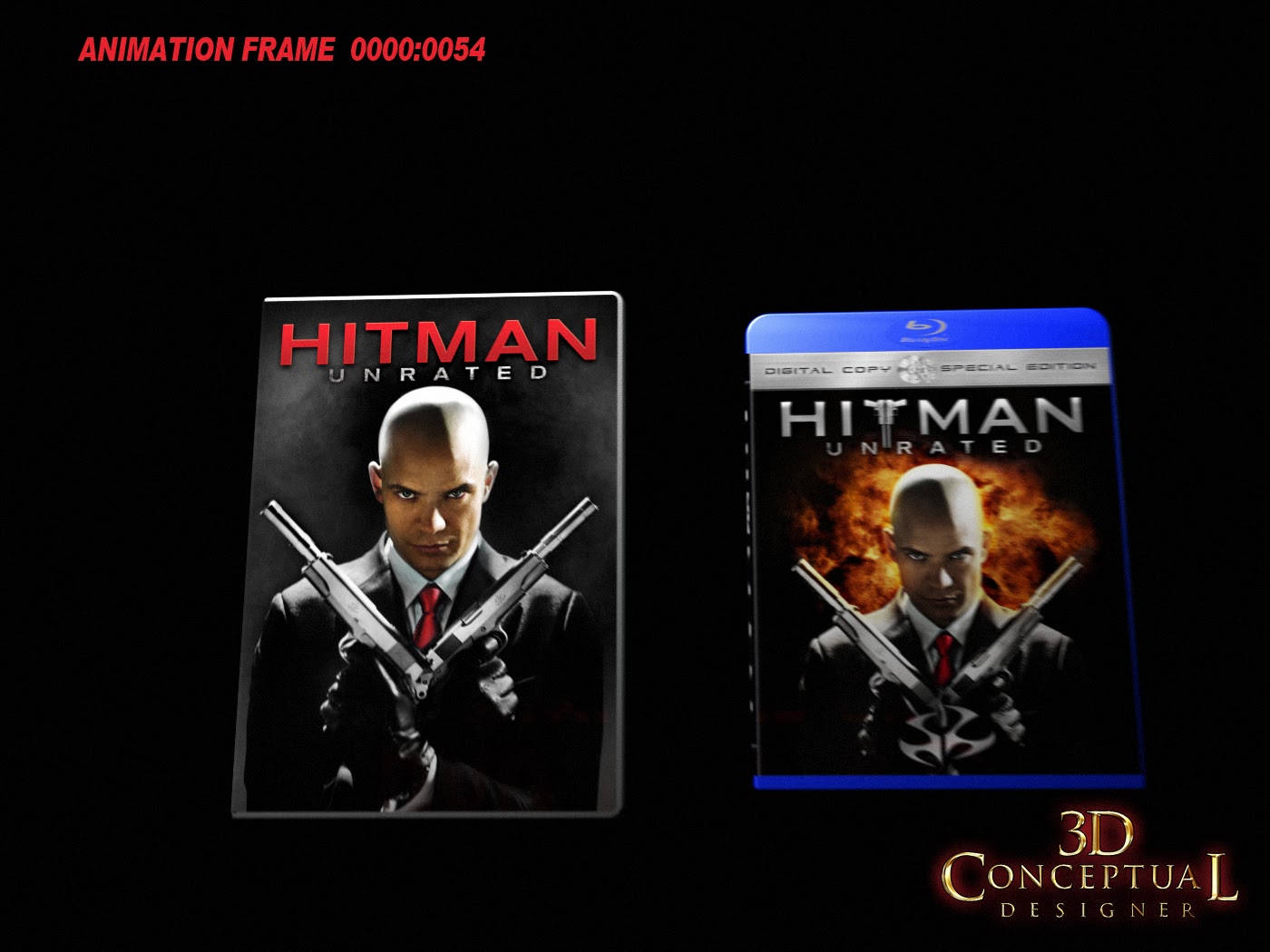 By just under two seconds into the TV spot, the boxes are well within frame and drifting back. 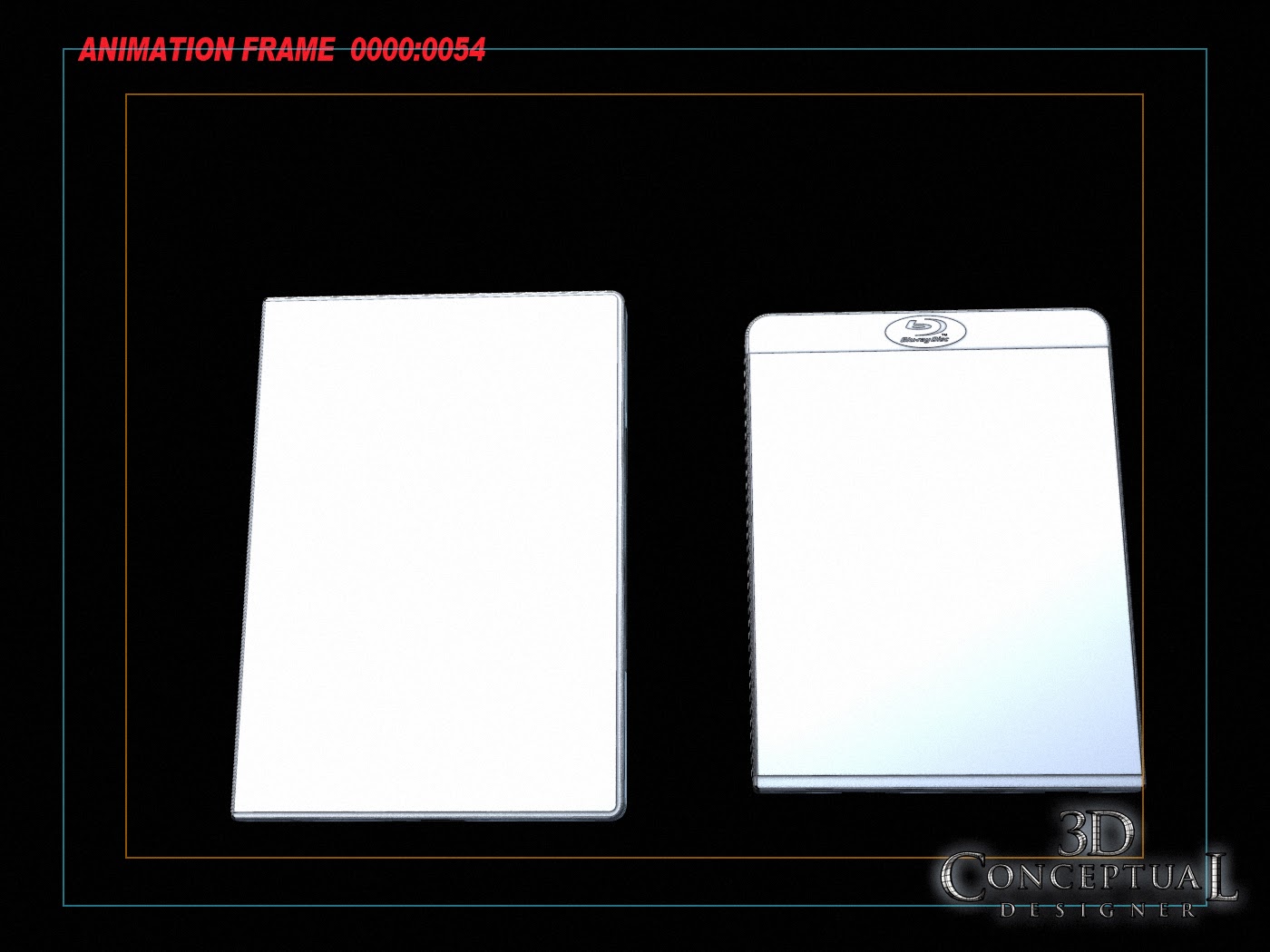 The geometry render of the clean models. 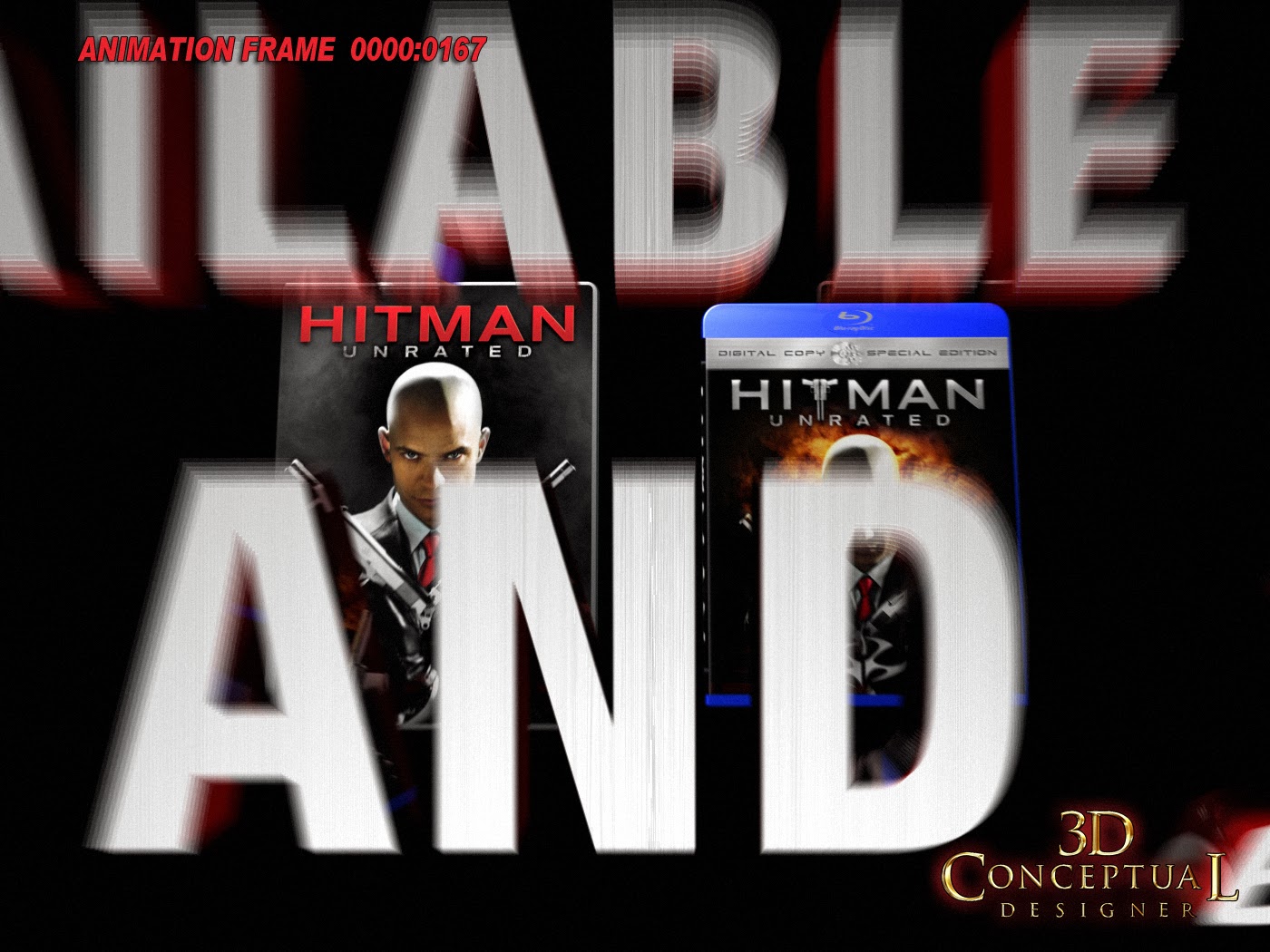 The type fly's into frame from behind the camera that is also moving back away from the boxes as it centers on the two. 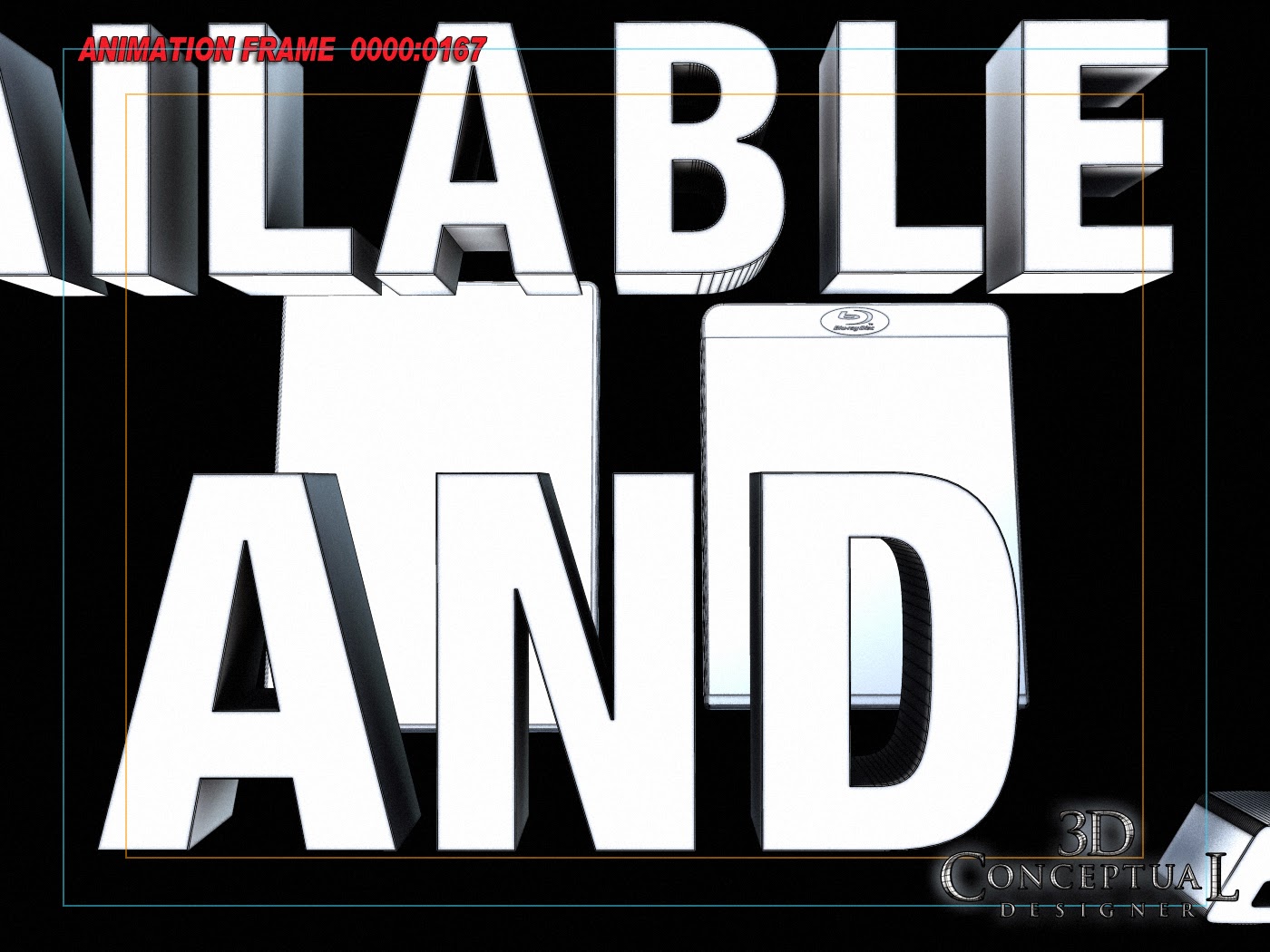 The type is a simple double sided small beveled extrusion built from the base spline vector file. 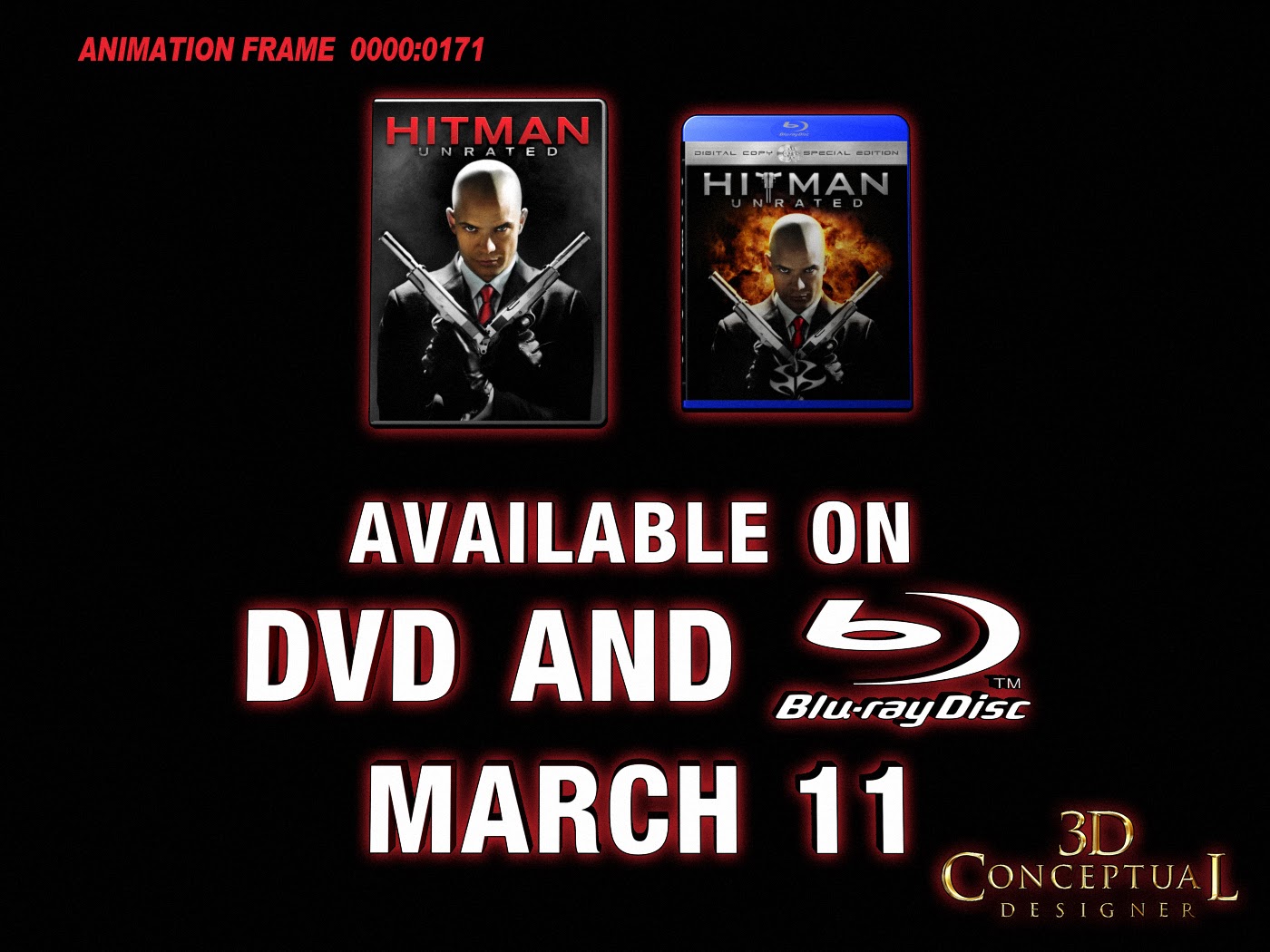 The final seated frame with type and boxes in title and action safe areas for the spot. 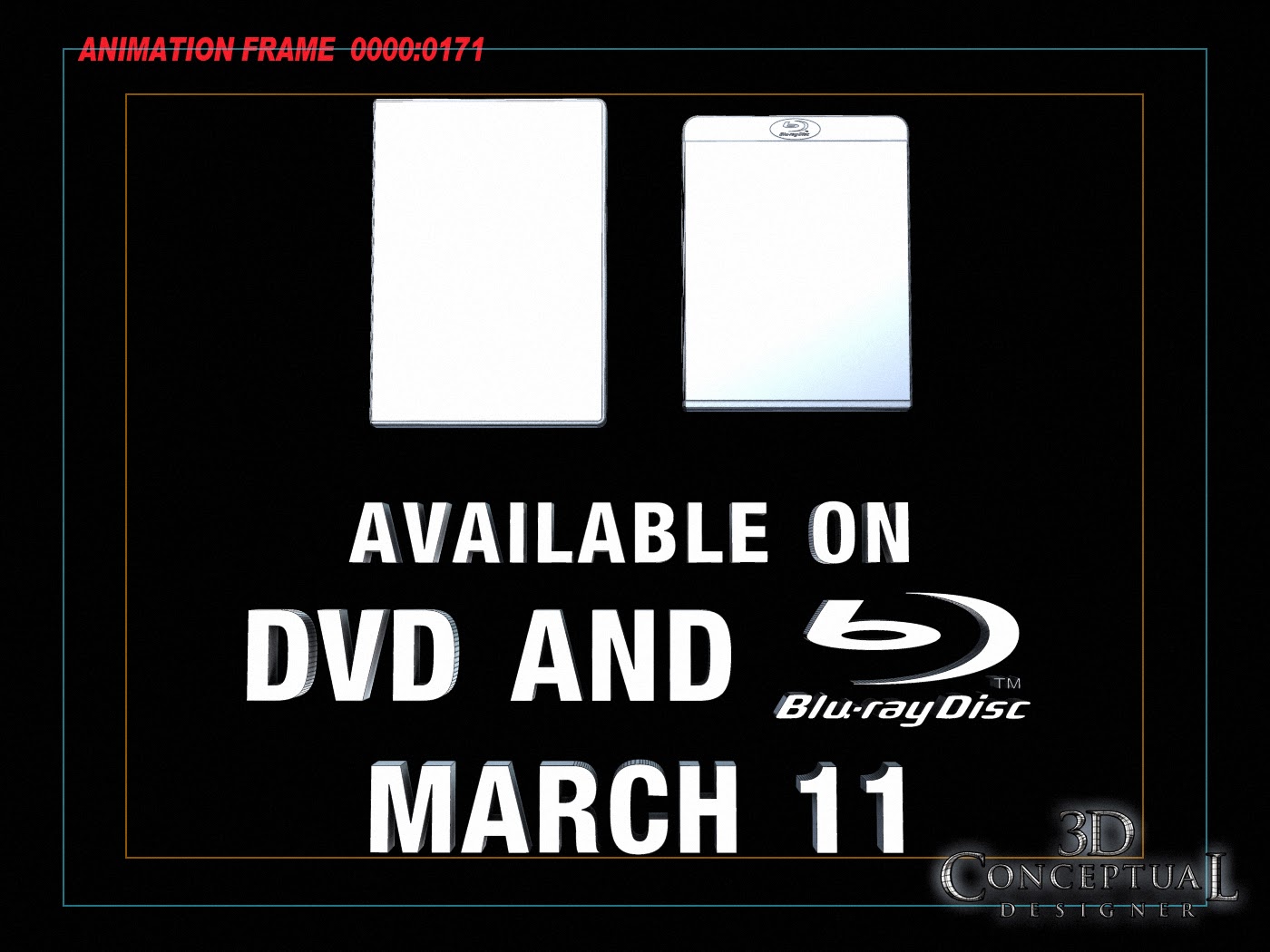 The final frame as an ambient render[ no textures], showing the basic modeling used. 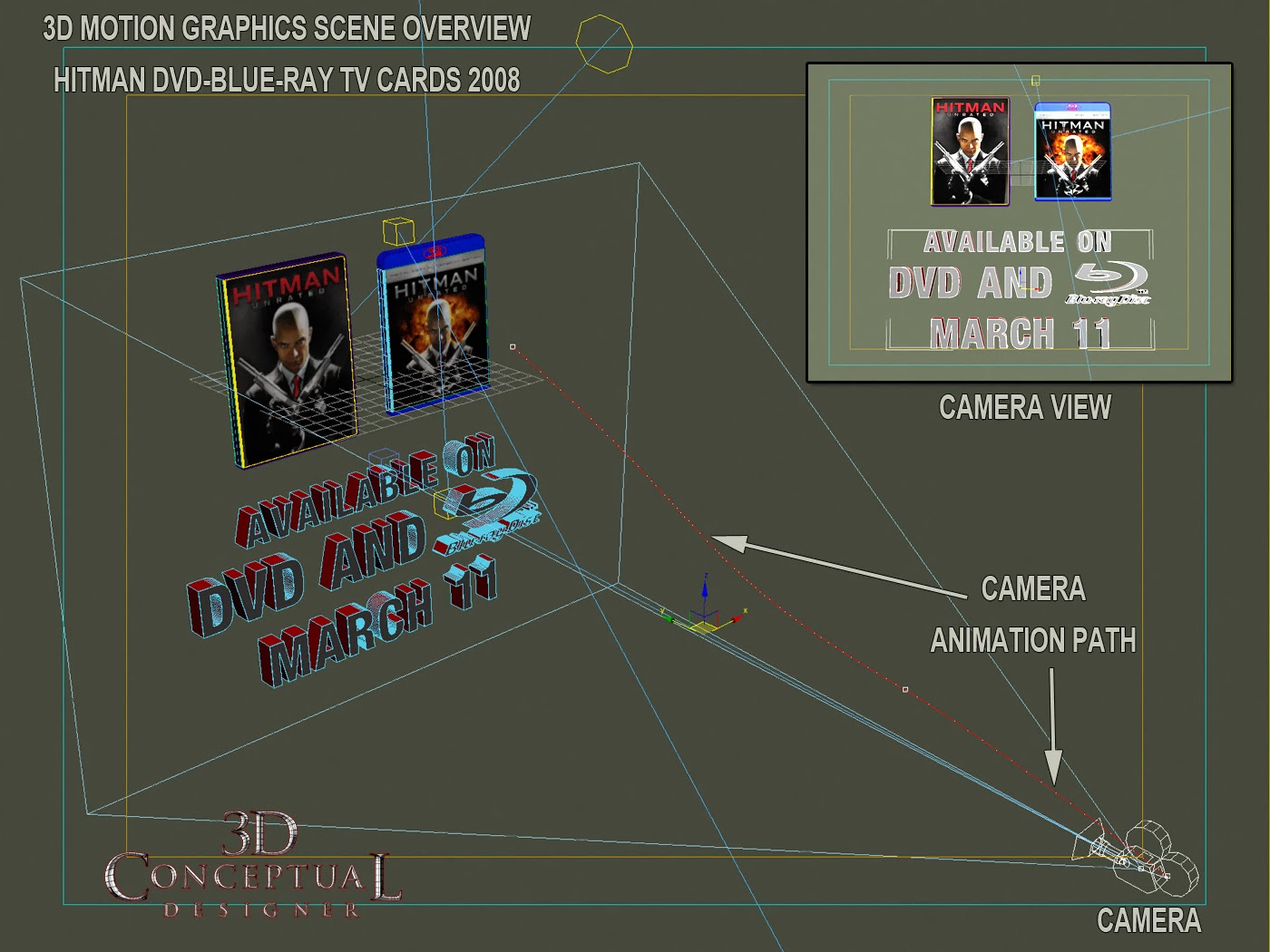 A screen capture view showing the camera path from this birds-eye shot of the basic scene set up.


Back in 08' I was in-house at The Cimarron Group running the 3D Design Division, and I was asked to produce some 3D Motion Graphics frames for a Home Entertainment project for the film, Hitman coming to Blue Ray. I had a 3D model of both the DVD, as well as standard Blue-Ray Plastic cases, so I built out the scene added in the cover artwork maps and set up the type for the shots.

A simple set up and camera move that was rendered out and drifted for about 6 seconds. These type of gigs had me provide 3D RAW frames to the in house 2D Motion Graphics team to add into there AE scenes for the finals.

This was a SD project so render turn around was all within the day I created the files for the full project. Fun and Fast as most advertising work is.

Posted by 3Dconceptualdesigner at 4:01 PM